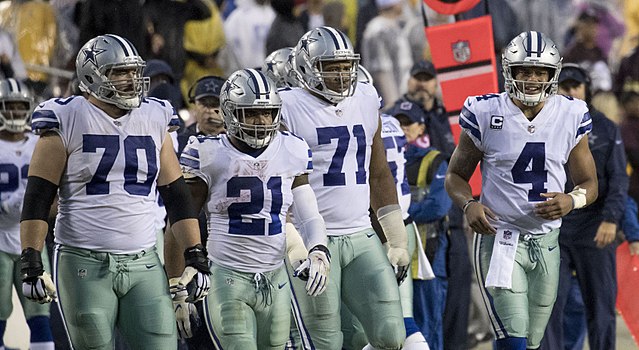 Will Zack Martin be cast in Canton?

The Dallas Cowboys have a monster, blind-side protector named Tyron Smith, but let’s not forget about the behemoth guard Zack Martin. Martin entered the league and it was clear that he wasn’t just a dominant rookie OL, but he was a scary rookie in general. The guard placed second in OROY voting as a rook (yes, you read that correctly) and he also was named first-team All-Pro in the same season.

With that said, there is a fascinating pivotal question surrounding the Cowboys G: Is Martin a future Hall of Famer? Similar to Smith, I undoubtedly believe that Martin (who is in his ninth season) is already a HOF lock. To prove my point, It may be worth comparing Martin to guard Steve Hutchinson, who was recently inducted into Canton. Hutchinson cracked five first-team AP nods, two second-team AP nods, and seven PB selections in his 12-year career.

Well, it’s clear that Martin has already matched Hutchinson’s AP nods & he could very likely play for a few more seasons. Of course, neither of the intimidating guards has won a Super Bowl ring in their lifetime. I’m confident that Martin will aim to separate himself from Hutchinson by not only having more individual honors but seeking to win Championship gold with Dak Prescott and company. If Martin can’t win a Lombardi trophy, he should rest assured that OL figures like Hutchinson, Joe Thomas, and Bruce Matthews haven’t held a Super Bowl ring.