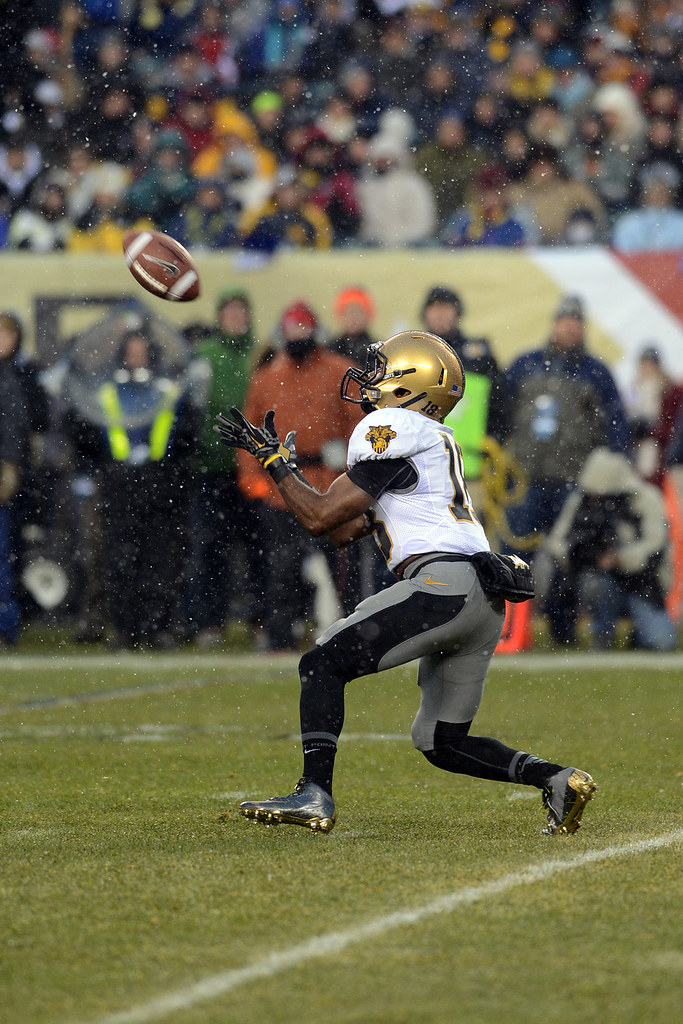 Top rookie rbs can make out to be great value picks

So, you’ve heard of Najee Harris and Travis Etienne but you don’t have a top pick in this year’s rookie draft? Or you’re doing a standard or a dynasty set-up and you’re not looking at the RBs with the most hype this off-season, you want to win in the long-haul! Well, look no further! My value picks should give you some hope especially, if you haven’t been able to follow college football this year!

By the end of this article, you will have five names to look for in the 2021 draft this year. We will have to hope that:
a) these guys get a good landing-spot and;
b) the hype-train doesn’t catch them so that they can go “under-the-radar” and onto-your-roster!

This is my favorite time of the year and I’m glad that I can share this with some of you!

It is important that we look at two key factors when analysing players prior to the draft. The first is ultimately what kind of talent they have and we have stats to back that up as well, as well as some video showing you what they’re capable of! The second thing to consider is the potential landing spots (this could also help you get ahead in dynasty formats)!

Now, at this point in the year, we can’t be sure what will transpire with regards to free agency. As it stands, there are a few running backs who will enter free agency at the end of the season (including some big names) such as Aaron Jones, Chris Carson, Todd Gurley, Leonard Fournette and Kenyan Drake amongst many more, solid players!

These are the places I would be looking at with the most intrigue, the teams with more than one running back hitting free agency. here are a few to take note of:

There are of course plenty of other options for incoming running backs but, last year’s free agency was pretty wild and with the pandemic still afoot all over the country and teams protecting who they have, these are the likely options again, as it stands!

We can also list a couple of more teams who don’t have a stand-out running back and may also be in the market for a new running back:

So, there is a good amount of talent this year in the running back category, you just need to look a bit deeper to find it! So, who isn’t attracting a lot of buzz?

Probably the most well-known in this list. Now you may have heard of the other Tar Heels running back entering the draft, Javonte Williams but, Michael Carter is equally worthy of your attention, don’t let Williams’ name make you think twice. Both Carter and Williams this season formed one of college football’s most formidable running back corps and pretty much, in the past two years as well, with the pinnacle of their contributions coming in their game against Miami (FL) this year. The pair broke the record for the “Most Rush Yards by Teammates in FBS History (single-game)” after Michael Carter ran for 308 yards from 24 rush attempts and Williams ran for 236 yards from 23 rush attempts.

Carter is very good at drawing tackles from opponents but, because he has a great deal of speed he can avoid the tackles when they come. If I were to draw a comparison to a current NFL running back, I would have him as someone who has a similar style to Chris Carson. He’s competent as a runner and a receiver and one thing that Carter has to his credit is resilience. We’re talking about a guy who can take hits, get up and do it all over again. In 2020, Carter’s had 8.0 yards-per-carry and he really is a guy who relishes hard-work.

Some may say that Carter is a little under-sized being 5’9 and around the 200lbs mark so whoever he joins will more than likely use him in rotation and he’ll probably feature more as a receiver. This is a good thing, because it’ll allow him to bulk up a little bit and it also means he will have chances to be involved. If we look at someone such as Chase Edmonds, another player Carter can also be compared to, he is the same height/weight and he gets along in the NFL just fine!

Told you I had some hot takes! Well, Brenden Knox is one of those guys who runs with a lot of power. Knox is around the 220lb mark and knows how to use all of it to bulldoze through tackles and get into the end-zone. In both his 2019 and 2020 seasons he has over 10 rushing TDs, and whilst the majority of those came in goal range, that doesn’t mean he lacks the ability to put up big runs too. In 2020, he rushed for over 100 yards in 5 consecutive games.

The above tweet sums up what Knox can bring to the table, he has great vision and if you look back at some of his 2019 sophomore highlights you will see this demonstrated on several occasions. If I were to draw a comparison to a current NFL running back, I would have him as someone who has a similar style to Kenyan Drake. He’s a big guy and useful at the goal-line. However, Knox has the capabilities of creating something on each down and is good at making himself unpredictable and subsequently, a nightmare for opposition defenders.

This guy looks familiar, right? Well any “Last Chance U” fans will recognize Rakeem Boyd from his appearances in Season 3 of the show. After Boyd was moved away from Texas A&M, he had a stint at Independence Community College in Kansas which earned him respect as well as transfer to the University of Arkansas, and when he got to Arkansas, they loved him.

Boyd sat out the final stretch of the 2020 college season after a disappointing start and contracting COVID-19. This was more for his own protection and the offensive-line were well, absent and didn’t create openings for Boyd to run into. There were some fans really upset that Boyd chose not to complete the season and think of it what you may, it is only testament to Boyd’s ability that the Razorbacks fans will miss him, as he prepares for the 2021 draft.

A powerful runner if there ever was one. Ingram has also been handy in the receiving game and almost a relief to Sam Ehlinger, on occasion. Ingram had a disappointing 2020 season but this isn’t representative of what Ingram is capable of. Ingram has a lot of speed and really good vision to boot, he could turn into the real-deal under the right tutelage and ultimately if he gets a decent landing spot.

If I were to draw a comparison to a current NFL running back, I would have him as someone who has a similar style to Kareem Hunt. Ingram is 6’0 and 220lbs, Hunt is 5’11 and around 220lbs, so they are almost identical in size, not that size equates to talent but, it goes along way especially, in the NFL. The tape speaks for itself, and he already looks the part. AS with all the rookies there are of course things that Ingram needs to work on but, this is a guy you want, huge upside potential!

Get familiar with this name. This is who people will be looking at in six to eight weeks time and it’s better that you get ahead of the curve! The Aggies didn’t manage to play in 2020 but, Martin had a breakout season in 2019 where he ran 187 times for 1,446 yards and 23 TDs averaging 120.5 scrimmage yards per game and a yards-per-carry of 7.73 yards!

Martin is a finely-oiled machine, versatile, and a very tough-runner. If I were to draw a comparison to a current NFL running back, I would have him as someone who has a similar style to Leonard Fournette. When Martin is on the ball it is an exciting thing and when he cuts past defenders it’s almost comical at how little opposition defenders can get on him, he breaks tackles, and then to top it off his has great speed and accelerates into space, if the gap is available.

To find out what Jah-Maine Martin has been up to during 2020, read the below article:
https://www.musiccitymiracles.com/2020/10/1/21432829/2021-nfl-draft-introducing-jah-maine-martin-the-engine-of-north-carolina-a-ts-offense

Martin was utilised as a three-down back at North Carolina A&T and could easily carry that responsibility in the NFL, if given an opportunity. From the same college as Tarik Cohen, the now Senior was selected in the first-team All-MEAC squad in 2019. It’s a shame we didn’t get to see Martin in action again this year but, I’m hopeful that this will be just the beginning.