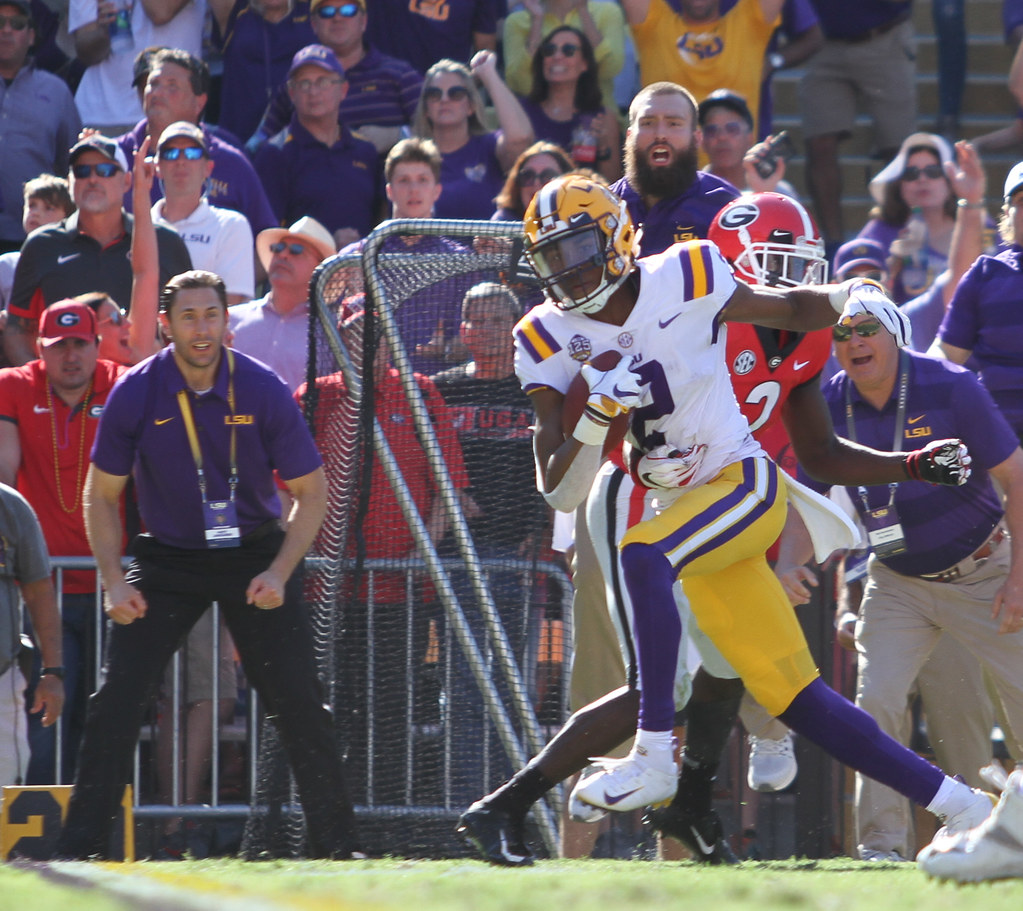 "File:Tua Tagovailoa pre-snap versus the Auburn, Nov 27, 2018.png" by The University of Alabama is licensed under CC BY 3.0

I saw Bryan Edwards this year as a stud & while that hasn’t changed, what has changed is all of our outlook on Nelson Agholor.

Edwards turned into this team’s WR1 & had some monster games. Bryan Edwards had an injury during the season that only allowed him to play 12 games–leading his stats to be 11 receptions on 15 targets for 193 yards.

I watched more Raiders games than I ever thought I would because I love watching Darren Waller & they never had designed plays to get Edwards open & really didn’t have a desire to get him heavily involved in this offense.

I believe that really set his confidence back & caused him to be the true number 4 option in the passing game. I don’t want to say sell, but when Tyrell Williams returns from injury he will move to option number 5. He is a great player, but everyone in the NFL is a great player & he is not someone I am wanting to go into next season with.

Devin Duvernay is an interesting sell because if he was on any other team I don’t believe I could sell him & I know you are saying then why should we sell him? The Lamar Jackson effect is why & believe me it is a very real thing if you don’t believe me you should @ Hollywood Brown & ask him how he was feeling mid-way through the season as an afterthought in that offense.

His career-best game this season was 3 targets for 3 receptions & 45 yards & his season stats were 20 receptions on 26 targets for 201 yards. When you think about the team you have Hollywood Brown, Mark Andrews, Jk Dobbins, Gus Edwards, Willie Snead, & Miles Boykin.

His career-high will continue to “be his career-high” as the mouths to feed in Baltimore stays the same with an offense that doesn’t desire to have too many pass catchers being relevant.

I watched Michael Pittman Jr today & wanted to take him off this list so badly because his season stats were 40 receptions on 61 targets for 503 yards. He is a really good receiver, but he is in a crowded offense with big quarterback uncertainty next year.

If it does end up being Phillip Rivers he will have to continue to battle Hilton, Pascal, & Campbell, but if his QB ends up being Carson Wentz that doesn’t seem to be an upgrade to me for this receiving core at all. It will be a run-heavy scheme focused on Johnathan Taylor.

He isn’t a clear superstar on this team where you see a couple of these second-year receivers who will be clear superstars heading into next year, so looking at Michael Pittman Jr next season I am going to sell.

A wide receiver I want to see explode, but he is so entrenched in the depth chart I don’t see a route for him to take on a bigger role heading into next season.

He has had shots to burst onto the scene this year, but he didn’t take full advantage of the opportunities. His stats for this season were 19 receptions on 31 targets & 220 yards & if the Rams are keeping Goff at the QB position this is not a receiver I want. They will continue to ride Cam Akers just like McVay did with Gurley a few years ago while having Woods & Kupp on the outside.

I know McVay wants to get him more opportunities, but he has to fight behind Kupp, Woods, & Reynolds. I am looking to sell Van Jefferson heading into next season.

A guy everyone was truly so high on & why wouldn’t you be with the talent, speed, & big-play ability, but who saw the decline of Wentz in this system & the issues with Doug Peterson at the captain’s chair. It has truly created a mess for the Eagles & Jalen Reagor has reaped the effects of this leading his season stats to be 31 receptions on 54 targets for 396 yards.

Jalen Hurts is a good quarterback, but not the most accurate passer & the Eagles aren’t sold on him being their guy of the future. This team is a mess with quarterback problems & head coach problems.

It will be an interesting offseason seeing what the Eagles do as I fully expect to see Carson Wentz traded. I don’t love the outlook for Jalen Reagor next year in this offense with the uncertainty at the quarterback position.