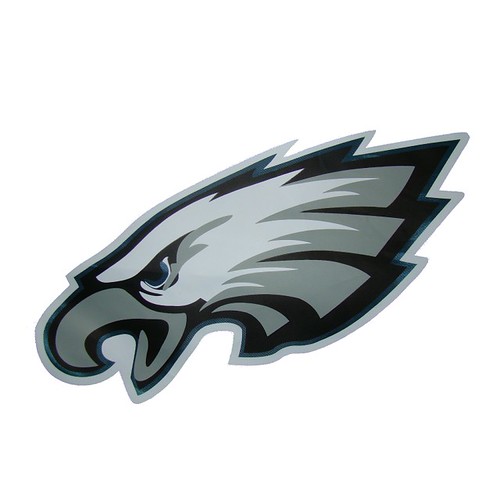 The Philadelphia Eagles will be overgoing a massive overhaul heading into the 2021 off-season. Howie Roseman has the organization in cap hell, and needs to grab a shovel to dig the Eagles financial situation out of a gigantic hole. Howie is highly regarded as a “cap genius”, so I’m sure Jeffery Lurie has confidence in Roseman to fix this mess. In order for the Eagles to improve the roster in 2021, the front office will need to hit a home run on the players targeted in free agency. This situation is eerily similar to their approach in free agency during the 2017 off-season. They didn’t sign the most attractive options, or the best options, but went for the low-risk high reward gambles in free agency. Look at this list:

There’s nothing flashy about this list. These are players you “hope” contribute to the team’s success. The 2017 team finished as Super Bowl Champions, and each player listed above had a significant role in achieving that goal. This is exactly how this off-season must transpire if the Eagles hope to have success in 2021.

As we get ready to look into free agent options for the Birds, we have to look at the make-up of the current team. The big question is “What is the vision of the Philadelphia Eagles?” We have absolutely no clue. The team fired Head Coach Doug Pederson and have yet to announce his successor. The philosophy of the new head coach will carry heavy weight into which players Philly will target in Free agency. They have many holes to fill on the roster. Meanwhile, I’m going to take a crack at some potential value in free agency and list 5 free agents the Eagles could target this Spring. Grab your snorkel, and let’s dive into the Bargain Bin of NFL Free Agents!

The former undrafted free agent from Texas Tech University arrived in San Francisco and earned valuable playing time for the 49ers in 2020. Kerry Hyder stepped up in a big way after franchise cornerstone Nick Bosa went down with a season ending knee injury. The 6-year NFL veteran recorded a career high 8.5 sacks in 2020! He also finished with 48 tackles, 10 of which were for a loss. Hyder made regular visits in the opponent’s backfield registering 18 QB hits this season. Needless to say, Kerry Hyder had a career season for the 49ers.

The Eagles have a definite need for depth on the defensive line. They have a big decision to make on Derek Barnett (10M option for 2021), and think they’ll let Vinny Curry walk in free agency. Therefore, an opening seems to be present on the D-Line depth chart in Philly. Hyder is a versatile lineman with experience playing DT in his days with the Detroit Lions as a 3-Tech lineman. Kerry Hyder could be a relatively inexpensive option for the Eagles that could pay huge dividends.

I know what you’re thinking, right? A linebacker? For the Eagles? Those 2 words are like mixing oil and water. Howie Roseman and the front office seem to avoid this position at all costs. However, I think Matt Milano would be a huge addition to the Eagles defense. Milano has endured a rough season suffering hamstring and pectoral injuries limiting his production in 2020. However, Milano is back at full strength and swarming all over the Bills defense. The 5th round pick out of Boston College is a menace on the field when he’s healthy. In 2019, he recorded 101 tackles including 9 passes defensed.

Matt Milano is the athletic linebacker the Eagles are sorely lacking on their defense. Milano can do it all on defense. The days in Boston College as a safety has helped him tremendously as a coverage LB. He would instantly upgrade Philadelphia’s linebacker core in coverage. Matt Milano would be a nice blend with Alex Singleton as linebackers going forward for Philly. If he somehow doesn’t return to Buffalo, Howie Roseman should be his first phone call to come in and save the Eagles Linebacker group.

The journey to success in the NFL has been a bumpy road for Josh Jones. He went from a highly regarded 2nd round pick with the Green Bay Packers to only 12 starts in 2 years and an eventual release from the team. Jones tried to pick up the pieces and put them together in Dallas. He played in 6 games, and was released in December 2019. Jacksonville saw an opportunity and pounced on the safety acquiring Jones off waivers from Dallas. Josh Jones fought hard in training camp and won the starting job from Ronnie Harrison. He never looked back from there. Jones posted solid numbers in 13 games recording 83 tackles with 1 interception and 1 pass defended.

The Philadelphia secondary is looking pretty lean after an injury to Rodney McLeod. He suffered a torn ACL late in the season. The odds that McLeod returns by the season opener are lackluster at best. Here’s where Josh Jones enters the mix. If the Eagles can pry Jones away from the Jaguars, the Eagles could have a low-key signing that turns into a big success.

The Seahawks receiver just completed his most productive season in the NFL. David Moore finished the 2020 season with 35 receptions for 417 yards and 6 touchdowns. The 7th round pick out of East Central University in Oklahoma is the definition of a reliable possession receiver. You could say that Moore was Russell Wilson’s safety net in the Seattle offense. Moore rarely dropped anything thrown in his direction. He finished with a catch percentage of 74.5 %, or 3 drops all season.

The Eagles need some stability in their wide receiver corps. Alshon Jeffery is not returning (Most likely Post June 1 cut), and they can’t rely on DeSean Jackson to stay on the field. Beyond that, the wide receiver’s group is very young and inexperienced. David Moore brings many things to the table the Eagles could definitely use in their offense. He provides experience, and comes from a winning pedigree in Seattle with a future Hall of Fame QB. Moore doesn’t drop the football. The Eagles struggle mightily in that category. Finally, Moore brings with him experience in the punt return game which is something the Eagles struggled with all season. David Moore would be a welcome addition to the wide receiver’s group in Philly.

Let’s travel across the state of Pennsylvania for our final free agent target. Mike Hilton plays slot corner for the Pittsburgh Steelers, and now enters free agency. Hilton really knows how to fill a stat sheet. In 2020, he recorded 51 tackles (8 for loss), 3 sacks, 3 interceptions, 7 passes defensed, 1 forced fumble, and 2 fumble recoveries. Man, that was a mouthful! Needless to say, Mike Hilton likes to be around the football.

The Philadelphia Eagles have struggled at the cornerback position for quite some time now. They took one step forward with the acquisition of Darius Slay last off-season. Mike Hilton could be the type of player they need on the defensive side of the football. Hilton likes to get in on the action and make plays. He provides an excellent combination of blitz and cover skills. Mike Hilton would be an instant upgrade to the Eagles secondary.

The future of the Philadelphia Eagles is still a mystery without any knowledge of who’s assuming head coaching duties. However, with the current landscape of the team, these players will be valuable additions to the Eagles. Let’s hope Howie puts his football hat on, analyzes talent on the market, and makes the right decision on new acquisitions for the Philadelphia Eagles. Go Birds!