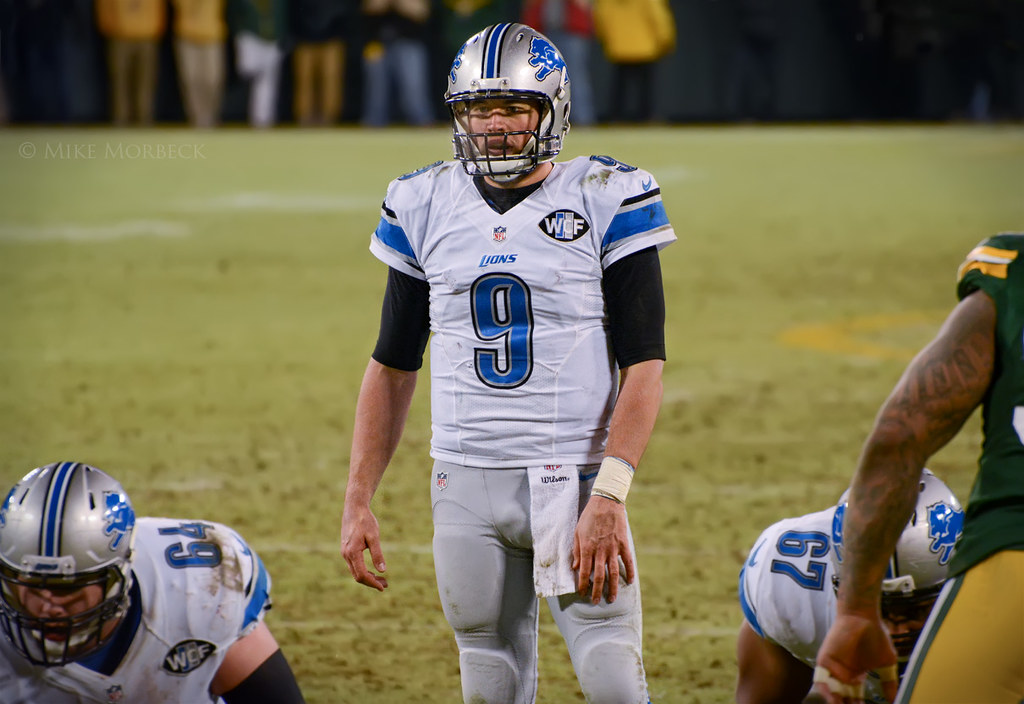 Will the Lions Draft a QB?

With the Detroit Lions announcing hire upon hire upon hire this past week and a half, many are starting to get pretty excited to see what the new front office and coaching staff are going to do in the 2021 draft. Will they trade up for one of the class’ best quarterbacks? Will they sit tight at 7 and draft defense? Here are my top 3 choices keeping in mind a trade up, down, or anything in between is fully possible.

Over the past week I’ve come to realize that I can’t quite make up my mind when it comes to these 2 quarterback prospects. So, I’ll make my case for both.

Hailing from Ohio State, Justin Fields has been lauded as one of the top quarterbacks hitting the draft in 2021. With a trade up within reason, depending on what the Lions receive in compensation for a Matthew Stafford trade, it would not be unlikely to see the team make a move for the Big 10 star.

Many are already screaming that it would be the right move. According to The Big Lead, “Fields has the measurables. He has the intangibles. He has a history of being patient and overcoming challenges. He has experience carrying the weight of a program on his shoulders. He has learned to overcome disappointment and play through pain”.

In 22 games Fields put up 5,373 passing yards, 63 touchdowns, just 9 interceptions, and an additional 867 yards rushing with 15 rushing touchdowns. This type of play lead to his nomination for the Heisman Trophy in 2020.

With Anthony Lynn taking over at offensive coordinator for the Lions, this pick might just hit. Lynn has spent plenty of time with dual threat quarterbacks having coached Tyrod Taylor in Buffalo and more recently, Justin Herbert, in Los Angeles.

The main component that sets Fields apart from the next quarterback discussed, Zach Wilson, is his experience playing the top tier teams in the NCAA. Ohio State is easily taking on tougher competiton than that of Brigham Young.

Now the case for Zach Wilson. In his 3 seasons with the team at Brigham Young, Wilson notched 3,692 yards, 33 touchdowns vs. 3 interceptions, and an additional 10 touchdowns rushing. He finished his time in college with a 73.4% completion rate.

According to SI All Lions he has “…God-given arm talent that makes him stand out. His ability to throw the deep ball with high-level accuracy is uncanny, and he has all the makings of a special passer”. They even go on in the article to compare some of his completions to that of Patrick Mahomes. A gunslinger. Similar in ways to that of the quarterback that the team will lose, Matthew Stafford.

Will Wilson’s lack of ranked competition leave him a little too raw? With the right coaching staff, the likes of the one the Lions are currently putting together, I lean towards the answer here being no…well, at least, eventually!

The wide receiver room in Detroit could look pretty empty depending on what happens with their 3 free agent wide receivers this offseason. Kenny Golladay, Marvin Jones Jr., and Danny Amendola are all set to hit the market. This has me looking towards one of/if not THE best wide receiver in the draft class, Ja’Marr of LSU.

Although Chase sat out the 2020 season due to Covid19 concerns, it wasn’t really necessary for him to prove anything to anyone after his INCREDIBLE 2019 showing in which he broke the SEC record for receiving yards. An explosive route runner, with equally as impressive body control.

In 2019 Chase finished the year with 84 receptions, 1,780 yards, and 20 touchdowns (which is 9th all time). Although he may not have the elite physicals we are so used to seeing in the league, his speed more than makes up for it. Fansided NFL Mocks notes that, “…Chase ran a 4.4 forty yard dash sometime this year. That number is impressive, but when you consider the fact that he ran a 4.66 forty yard dash in high school, you realize how incredible it truly is. His drastically improved forty-yard dash time is a testament to his work ethic”.

Picture this: the Lions use the cap space saved in trading Matthew Stafford to pay Kenny Golladay and then draft Ja’Marr Chase to play opposite him. One of the greatest contested catch receivers in the game across from one of the youngest and fastest. *full body chills*

Probably the defensive prospect in this upcoming draft for the Lions is easily Micah Parsons. One of the glaring issues (of many) for the team’s defense was the slow and unruly play of the linebacker corp. Parsons would be an immediate upgrade.

Take it from LionsWire: “Parsons is big (6-3, 245) fast, (estimated to run in the 4.4-4.5 range), agile and while he can play at the MIKE, he has the range to shift all the way outside to the EDGE ”” think Jamie Collins like range, with more power”. That versatility will be paramount, as we’re not exactly sure what style of defense Aaron Glenn is going to put out onto the field.

Over 2 seasons Parsons put up 99 solo tackles, 6.5 sacks (5 of those coming in 2019), and 6 forced fumbles. But what makes that even more of an accomplishment is that Parsons was new to the role at linebacker, as he previously played defensive edge. Many claim that he could be a first round draft pick at that position as well. In his entire run at Penn State Parsons missed just 11 tackles on 188 attempts.

Character issues have been sited in recent news surrounding Parsons. No doubt many teams are following along closely to find out the validity of the recent claims. If the allegations turn out to be true, we will likely see him slip off of teams draft boards completely. Until we know more about how that plays out, per PFF: