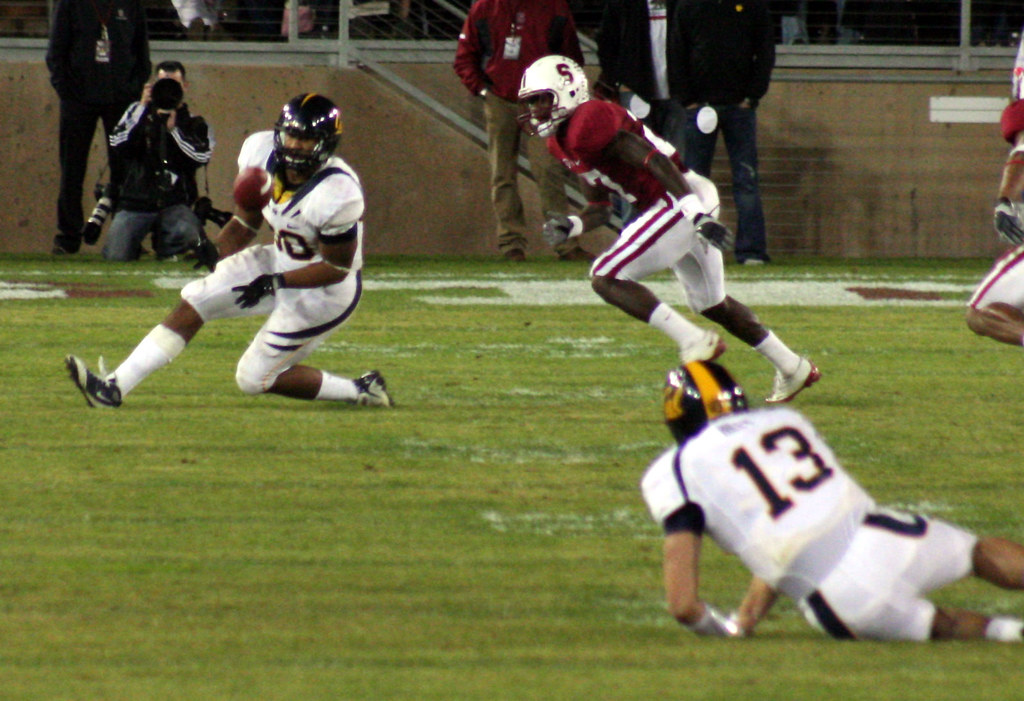 Kyle Pitts Is a Generational Talent

There are three rookie tight ends to target that, I believe, are head and shoulders above the rest of the field as we head into the NFL draft season. Below I will discuss who they are and why you should target them in your upcoming fantasy drafts. We will even cover when you should look for them in your drafts. Rookie tight ends are rarely impactful their rookie year, but they can also give you an edge if you hit on one.

This first tight end is the only one I would consider targeting in any of my redraft leagues. Kyle Pitts is a complete freak of nature. He measures over 6’5″ tall and around 235 lbs. For those asking, yes, he’s roughly the same size as Calvin Johnson, who was 6’5″ and 237 lbs. Megatron also ran a 4.35 40 yard dash time at the combine. No one believes we will see anywhere near as fast of a time from Pitts if Pitts were able to get into that sub 4.5 range; wow, lookout. The last official time I could find online was 4.70 seconds from 2017.

Let’s be clear about a few things. Currently, Pitts is listed as a tight end. I have read somethings that state some teams see him more as a receiver than a tight end. In my honest opinion, he plays all over the field, and I don’t care what teams list him as. It’s all going to depend on two things. Do teams think Pitts can put on enough size to take on edge rushers consistently, or does he have enough speed to play on the outside regularly?

How teams list, Kyle Pitts will determine where we can play him on our rosters. The fact remains, it doesn’t matter what position he will play. He’s too talented not to be on the field. In college, Kyle played inline, split out wide and even out of the slot. He is a complete mismatch nightmare. Pitts may not be the best blocker for a tight end, as he tends to get bulled over by larger edge rushers, he does have decent technique. Pitts will be a solid blocker on the outside, though.

Depending on Kyle’s 40 time, and depending on how the pro days go, we could see teams taking Pitts in the top five on the NFL draft. Unlike most rookie tight ends, I don’t think you have to worry about Pitts not seeing enough snaps. Don’t be surprised to see him lineup all over the field, especially in three-wide sets. Pitts is also a tremendous red-zone target. There is so much to be excited about that I can’t stand it!

Pitts is a receiving mismatch, but he is by no means a prototypical tight end. On the other hand, Pat Freiermuth is maybe the most complete tight end in this class. At 6’5″ and 258 lbs, he has the size and ability to play inline. Immediately for an NFL team, Freiermuth is much more ready to play as a full-time tight end.

The curious thing for me is how fast does Freiermuth run the 40 at his pro days. He’s projected to be right around that 4.70, but if he can run a little quicker, it would be huge for Freiermuth. Not to be crass, cutting few tenths of a second getting down to a 4.67 could be a big difference for Pat in both contract pay and where he gets selected. Freiermuth has been labeled with a moniker referencing Gronk because he can be a blocking tight end and split out wide.

When you Pat Freiermuth at Penn State, you notice something about him that you also see with Pitts. Both of these gentlemen bails out their quarterbacks. Freiermuth has some incredible catches down the sidelines catching balls that looked they were headed out of bounds. Pat has excellent hands, and he also goes up and high points the ball. I don’t know if you can count on a lot of fantasy points in year one. He’s ready to start for an NFL franchise, but typically tight ends need a little time to come into their own.

The last tight end is probably not someone you would consider drafting in any redraft league. Bervin Jordan is a heck of an athlete and is dynamic with the ball in his hands. Jordan is listed at 6’3″ and 245 lbs. He’s a little undersized to play consistently inline. He can put on the size and strength and work on his passing technique, which needs improvement. The power of his game, though, is out in the open field.

Even though he’s dynamic with the ball in his hand, getting the ball in his hands might take a little time at the NFL level. He’s a bit raw with his route running. He does project to be under that 4.67 forty time, and he looks plenty quick enough on the field. There’s plenty to like about Jordan, and I think we might need a second or third year to see a real breakout. Jordan reminds me of Irv Smith in some ways.

Where to Target these TEs in Drafts

As fantasy players, these incredible athletes are only somewhat important to us no matter how good they are at football. We need to invest players that will be on the field and involved or have no value on our rosters. That’s just the fact of the matter. Once they are on the field, they also need to be involved in the game plan.

Kyle Pitts, I firmly believe, will do that. He’s going to be a first-round pick, and Pitts is going to see the field early. There is an opportunity for immediate return on investment with Pitts. As such, in redraft leagues, I would be willing to draft Pitts as an upside TE2. That puts you taking him in the 15th round or so. You may have to take him sooner, but I don’t think I would want Pitts any earlier than after the first 12-15 tight ends were selected.

For dynasty, if this was a rookie draft, you better be ready to select Pitts in the top five spots. Regardless if it’s just hype, Kyle Pitts is going early and often in rookie drafts. For your startup fantasy drafts, while I wouldn’t condone it, I have a feeling Pitts is going to be selected in the first three rounds. There is a lot of hype around him, and it’s all going to depend on how early you are willing to go on an unknown entity.

In dynasty rookie drafts, he will be available in the middle to end of round two, maybe slips a little further back depending on if it’s a Superflex league or not. In startup drafts, this is a name that might fall a little. I would target him as the second rookie tight end taken. Pat Freiermuth doesn’t have the hype surrounding him that Pitts does. You might be able to snag Freiermuth in the double-digit rounds.

Brevin Jordan does have plenty of upsides, but I would rather have him sitting on my taxi squad instead of my active roster. I mentioned earlier that I see some Irv Smith similarities, and as excited as I am about Irv Smith, it will be a three-year project come this fall. We might see the same from Jordan. So, I am avoiding him for redraft leagues. Note the name and watch the numbers, but do not target Jordan in the draft.

Jordan does offer some exciting upside at the tight end positions for dynasty leagues. Ideally, you would have a taxi spot for Jordan to sit on for the year to see what happens. If this is a rookie draft and not a Superflex league, you can probably wait until the end of the third round and into the fourth round before drafting Jordan. In a startup league, it’s tough to say. You will have to draft based on when you see some of the second or third tier wide receivers come off the board.

One thing to remember about any draft, every draft is different. No matter how much you mock, you will never know how a draft will go. You have to have some feel for the draft and try to keep more than one target in mind. Once we see the NFL draft, we will have a much better idea of how the fantasy committee will rate these talented tight ends.