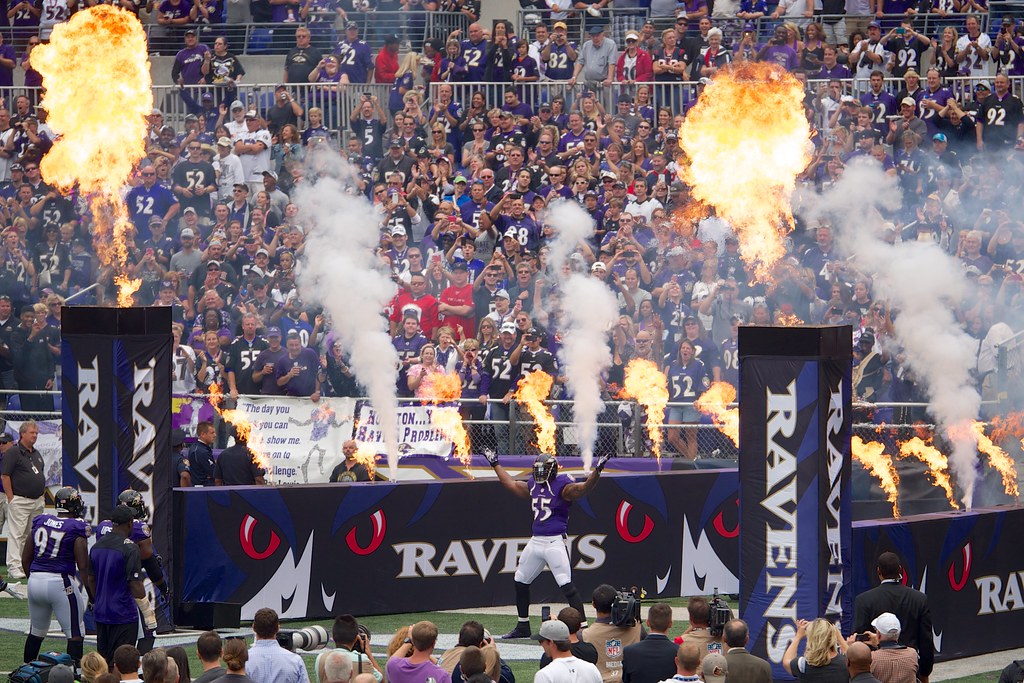 "Terrell Suggs - Baltimore Ravens Entrance" by Au Kirk is licensed under CC BY 2.0

Will The Ravens Lose Yannick Ngakoue and Matthew Judon?

The Baltimore Ravens proceeded to climb a step further in the 2021 playoff tourney than their 2020 playoff result — in their aim to win a Super Bowl & seize Lamar Jackson’s first Lombardi trophy. Nonetheless, the Ravens led by 2019 MVP Lamar Jackson failed to advance past the divisional round with a 17-3 defeat at the hands of the Buffalo Bills.

The Ravens only managed to muster three points in the divisional round contest, which was a disappointing effort by the offense. Every analyst and fan knows that fueling Jackson with improved weaponry (particularly at wide receiver) will be a priority in this upcoming offseason. Yet, not only will the offense need to get an enhancement, but the Ravens notorious defense will have it’s work cut out.

Ravens have two starting pass rushers that are both due to be free agents: Yannick Ngakoue and Matthew Judon. And according to SportsNaut, the Ravens could let both players leave in Free Agency.

Judon was playing under a franchise tag of $16.8 million dollars, while Ngakoue was traded for a third-round draft pick from the Jacksonville Jaguars prior to the season. Judon disappointed with six sacks, while Ngakoue was a ghost of himself with a mere three sacks. The Ravens may feel comfortable allowing their overrated 2020 performances at the defensive end spot to redeem themselves elsewhere.

Assuming at least one of the players discussed leave, the Ravens will need to prioritize adding an edge rusher in their aggressive attack on defense. With the pass-rushing spot being outlined, I’m going to untwine potential landing free fits for the Ravens vaunted defense.

I don’t believe the Ravens will hold back from adding an elite pass rusher for the second year in a row, despite how their 2020 defensive end experiments unfolded. John Harbaugh knows the value of elite play at the DE position, especially when they sit in an AFC conference with Patrick Mahomes and Josh Allen.

DE Trey Hendrickson was arguably the most underrated player in the whole league for the Saints last year. Hendrickson didn’t just casually notch 14.5 sacks (tied with Aaron Donald) while missing a game. But Hendrickson has mightily climbed the ladder of his prominent stature since entering the league as a third-round draft pick in 2017. The Ravens wouldn’t just be signing an elite pass rusher, but they’re obtaining a player that’s taken a bigger leap of progress than nearly every player in the league at any position.

Harbaugh’s defensive unit may have finished second in the league in total YPG allowed, but they were pedestrian at getting home to take down the QB – ranked 14th in sacks. It’s important to play consistent team defense, but they’re missing a huge factor in an elite pass rush when it comes to facing MVP like QBs and getting them in the dirt in big moments.

The Saints are widely known to be dead last in the league in cap space. It seems inevitable that Hendrickson will garner a much better offer and likely play elsewhere. Harbaugh could likely make the Saints 26-year-old pass rusher their No. one priority this offseason (even over WR).

Jadeveon Clowney has had a roller coaster of an NFL career since his days popping helmets off opposing ball carriers at South Carolina. In 2020, Clowney opted to sign with the Tennessee Titans, but returning to the AFC South didn’t help Clowney return to his 2017 or 2018 stature (despite being voted 41st out of Top 100 players from the 2019 season).

Clowney registered 0 sacks, 19 combined tackles, and six QB hits in eight games last season (finished the last eight games on IR). He had flashes of his freakish athletic ability and frame with tackles for loss on occasion. Yet, Clowney massively underperformed in 2020.

Why am I saying that the Ravens should target Clowney if he regressed? Well, the Ravens couldn’t find a more athletic specimen to get a better value deal out of. The “28-year-old” will have to take a prove-it deal and there won’t be many Super Bowl contenders that could offer him an opportunity to compete for starting time & chase a Super Bowl ring.

If the Ravens don’t break the bank for a pass rusher like Trey Hendrickson or Carl Lawson, they could opt to sign Clowney and have him compete with rookie DE or another veteran edge rusher on a cheaper contract. Clowney would be perfect in a rotation, especially when it comes playoff time and his motor is at full force.

Melvin Ingram should leave the Los Angeles Chargers in free agency this offseason. The 31-year-old is productive enough to have several suitors around the league, but he’s coming off an injury on his own rebuilding Chargers squad. And the Chargers have significant holes to fill on the offensive line, not to mention the contract of the young Hunter Henry.

Ingram had his first season with zero sacks last year, but he was never physically the same version of himself in year’s past. He only clocked seven games, prior to landing on injured reserve after Week 8.

Before 2020, Ingram didn’t have a season below seven sacks since 2014. When healthy and through the mountain of his career, Ingram has been much more consistent at sacking the QB than a DE like Ngakoue, or Clowney. Even if Ingram has lost a step, he’s a savvy veteran that’s worth at least a few sacks in the Ravens lethal pass-rushing rotation. He should demand a salary more than Clowney, but not a hefty eight-plus million a year deal.