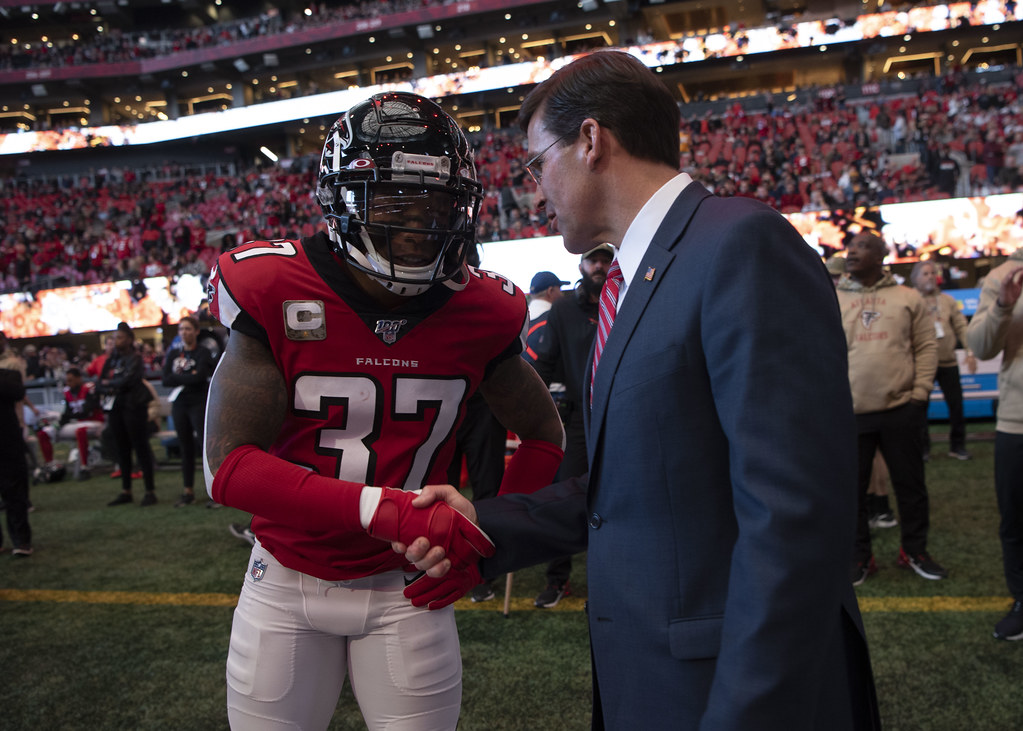 Where Will Ricardo Allen Land?

The Atlanta Falcons are entering 2021 with a new head coach, a new general manager and -$11,686,845 over the salary cap. That is even after releasing Ricardo Allen and Allen Bailey.

Allen has spent his six season with the Falcons, after being drafted in the fifth round in the 2014 NFL Draft. He was cut, then put on the practice squad. From there he became a starter, a Super Bowl starter and eventual team captain.

Last season he had 25 tackles and two interceptions in 12 games. For the 2021 season where will he land?

The Niners are entering the 2021 season with a new defensive coordinator, and 37 players entering free agency. Of the 37, six are cornerbacks that suited up in 2020. In addition they currently only have $20,448,360 to spend in free agency.

It is predicted that not much will change from Robert Saleh’s defensive scheme to new DC DeMeco Ryans’. So the scheme that puts a premium on the big bodied boundary corners that excel in zone coverage, does not exactly fit Allen’s style.

Allen stands at 5’9″. But he has played both safety and zone. And his work ethic cannot be denied, along with his leadership qualities. If the Niners cannot resign Richard Sherman, and it is beginning to look like they won’t, Allen provides the combination of on-field ability and veteran presence the Niners will need.

The Broncos have no cornerback under contract for 2021 season who started at least 10 games last season and is not returning from injury. The three cornerbacks that are returning: Bryce Callahan, Essang Bassey and Duke Dawson all finished last season on the IR.

The Broncos finished the season with the NFL worst turnover margin (-16), which wasn’t helped by the offense, but also due to the fact they were tied for 23rd in the NFL with only 10 interceptions for the season.

The Broncos need at cornerback could include obtaining the veteran Allen at a lower price, than the bigger named cornerbacks on the market.

Stay with me here, the Rams new defensive coordinator is Raheem Morris, IS fresh off his stint as interim head coach for the Atlanta Falcons. Allen was one of the most vocal voices to keep Morris as head coach.

Allen is preparing for his life after playing football. How intriguing would it be for Morris and wonderkid Sean McVay to hire Allen in a coaching capacity?

This is something that Allen is looking to do. His words, “But even if this league doesn’t want me no more then they’re going to have to coach against me. Hey, if they’re ready to get me on that other side and they’re ready to retire me out of here, sooner or later they’re going to have to coach against me. I’m ready for my opportunity. I’ve been blessed enough to be with this team for seven years now. I’m a smart player, I do pretty good with my money so I put myself in pretty good opportunities.”