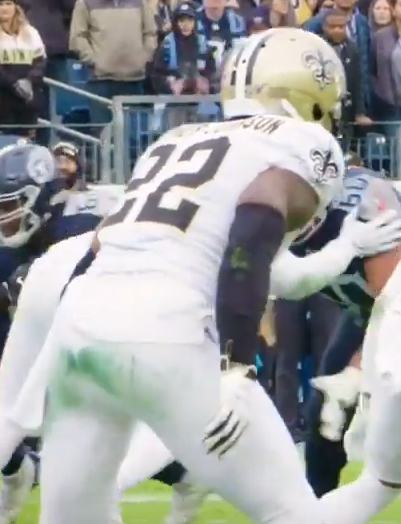 Who Could Replace Marcus Williams?

With defensive back being a high priority for the New Orleans Saints, which ones should they look to target this offseason?

The New Orleans Saints have a dilemma at defensive back this offseason, and it is pretty clear to see.  The only real guarantees they have across the board are Marshon Lattimore and Chauncey Gardner-Johnson.  Janoris Jenkins may be a cap casualty or restructure candidate, Malcolm Jenkins is likely another restructure, and Marcus Williams will be hitting free agency.

This leaves the Saints with holes in the secondary that need to be filled to have a chance at contending next season.  Getting a backup CB to Lattimore, another safety potentially, and depth will be the name of the game.  In this article, I will be going over the three DBs I have in mind to fill those three roles.

One of the better CBs from 2019 fell off quite a bit in 2020.  After his trade from the Jacksonville Jaguars to the Denver Broncos, he really just could not produce.  This is primarily due to his season being injury prone, and then a six-game suspension on top of it.  He only started in seven games, but really played decently considering the circumstances.

Despite the down season for Bouye, he would definitely be a solid option for the Saints to look into.  Due to the somewhat lackluster performance, his market value will likely be relatively low, and the Saints would not have to get into a bidding war.  For a team with minimal to no cap space available each year, getting bang for your buck is the biggest key to focus on from a management standpoint.

Being in the Vic Fangio system last year and Todd Wash defensive system prior to that, Bouye is used to running in a zone heavy scheme.  As of late the Saints have been running very heavily in the zone system as well.  In 2019 they had one of the lowest rates of utilizing man coverage that season, coming in below 25%.  Keeping Bouye comfortable scheme wise would be wise for anyone thinking of signing him.

A slightly more interesting and abstract idea for New Orleans here with Jalen Mills.  The 26 year old spent the first four years of his career at CB, then in the 2020 season switched to safety after the departure of, you guessed it, current Saint Malcolm Jenkins.  There are quite a few reasons I think this would be a fantastic fit for the Saints.

The main reason I see this fit working out is the versatility of Mills.  As I said he has played both safety and CB, so he could fill either of those roles for the black and gold.  Secondly, it would give him that chance to re-unite with a former teammate and mentor of his in Malcolm Jenkins.  You can see by a lot of Eagles photos from those seasons that these two players were extremely close, and the Saints thrive on these dynamics.  To list a few we have seen recently:

Having another set of players who have this type of connection would be fantastic for chemistry.  We also saw Malcolm transition well and relatively quickly back into the Saints system, so he can teach Mills a huge amount about it.  Jalen has been solid for the Eagles,  having five interceptions in his five years played, three of which coming in one season.  He is also a tackling machine, accruing 283 total tackles on very good tackling efficiency.

To wrap out the list, we have a draft prospect for the Saints in Jevon Holland.  In his two seasons played, Holland has been an absolute stud for the Ducks.  He has shown to be a ball-hawk type safety, and only commits to the ball when he knows for a fact that he is safe to do so.

In his 27 games in Oregon, Holland had an absolutely wild stat sheet overall.  His stats added up for both seasons consisted of:

The reason the punt returns are important to this list is that it shows his versatility as a player.  Knowing that Sean Payton’s preference in players usually is looking at their versatility of positions, this is definitely worth looking at.  Even with Deonte Harris, the pro-bowl young punt returner and wide receiver, Holland could still do kick returns or split the snaps.

The main reason to bring him in however is for his ability as a safety.  There is a good chance Holland would fall to the Saints second round pick at 60th overall.  With Marcus Williams likely leaving unless he is franchise tagged, and the money situation where it is, a rookie safety would be a fantastic grab for the team.