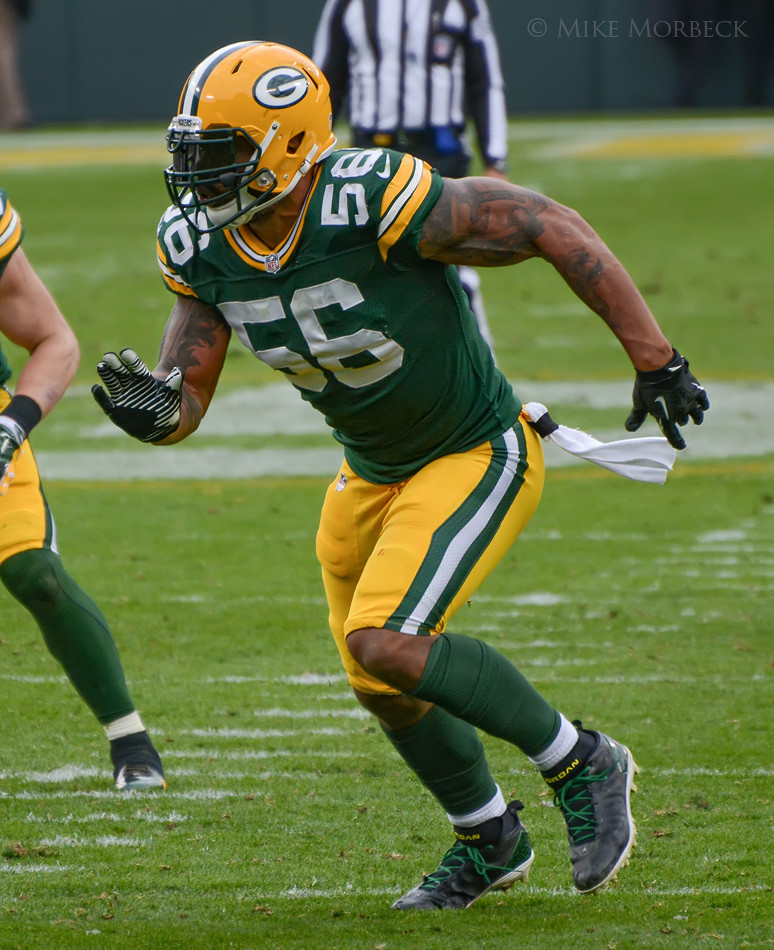 Who Should Green Bay Target at Pass Rusher?

As the NFL free agency period steadily approaches, the Green Bay Packers are once again searching for prominent pass rush talent. Edge rusher Preston Smith hasn’t quite lived up to his paycheck, which has led to the Packers desperately looking to ship away his talents.

Rashon Gary, who’s the backup to P-Smith, showed some growth with five sacks in 2020. Yet, that’s not the domination the Packers are in need of.

How will the Packers acquire a player that can appropriately complement fellow DE Za’Darius Smith, who notched 13.5 sacks in 2019 and 12.5 sacks in 2020? I’m going to lay out a few candidates that should exceed his 2020 production.

There’s been rumors of Justin Houston wanting to “chase a ring” back with the Kansas City Chiefs. Houston could share those aspirations with 2020 MVP Aaron Rodgers in the NFC.

The veteran DE could follow in former veteran Julius Peppers by going to Lambeau and helping the Packers defense complement A-Rod. Houston may be 32 years old and not leading the NFL in sacks, but he’s still been a Pro Bowl caliber player for the Indianapolis Colts. Houston capped off 11 sacks in 2019 and eight sacks in 2020.

Prior to the strong possibility of Preston Smith leaving the Packers, there hasn’t been an outgoing possibility that Houston would be interested in joining the pack. Now that there’s a glamorous need on a team with the real State Farm MVP, Houston may opt to be the next great pass rusher in Green Bay.

The Packers and Jadeveon Clowney would once seem to be the least likely marriage, but now that could change. Packers are notorious for being cheap in free agency and Clowney was once looked at as one of the more overrated free agent players. Yet, hear me out.

Clowney is going to be taking a prove it deal in the NFL somewhere. Clowney had a career year in 2020 (0 sacks), right before landing on IR. It’s also reported that he won’t be cleared until April.

It seems very realistic that the Packers don’t break the bank at the DE position. So, there may not be a more attractive bargain player than the most talented player: Clowney. Rashon Gary is ascending, while Za’Darius Smith is holding his ground.

They could get a very lethal rotation with the former first overall pick. And Clowney’s most successful performances happen to come when the Packers so badly need the most: playoffs. A healthy Clowney on a great deal can take them to the next step — Super Bowl LVI.

If the Packers want to make a splash at pass rusher, they should go for Trey Hendrickson. I believe that it may be very risky for the Packers to break the bank for another high quality DE, but Hendrickson is the exception. It’s worth noting that the Packers will free up a large amount of cap space by just pardoning Smith, as well — which will create more money for such a free agent target.

Hendrickson is 26 years old and coming off a year where he tied Aaron Donald for sacks, while having “200 fewer snaps”. Hendrickson is a high motor guy that shows up in big moments. Assuming he leaves the cap strapped Saints, he will want to play for another team routinely playing on the big stage. Insert Green Bay.

If the Packers make an offer near Hendrickson’s taste, the former third round pick for the Saints in that monster 2017 draft may be chasing many more Super Bowls with another Hall of Fame bound QB in the frozen tundra.