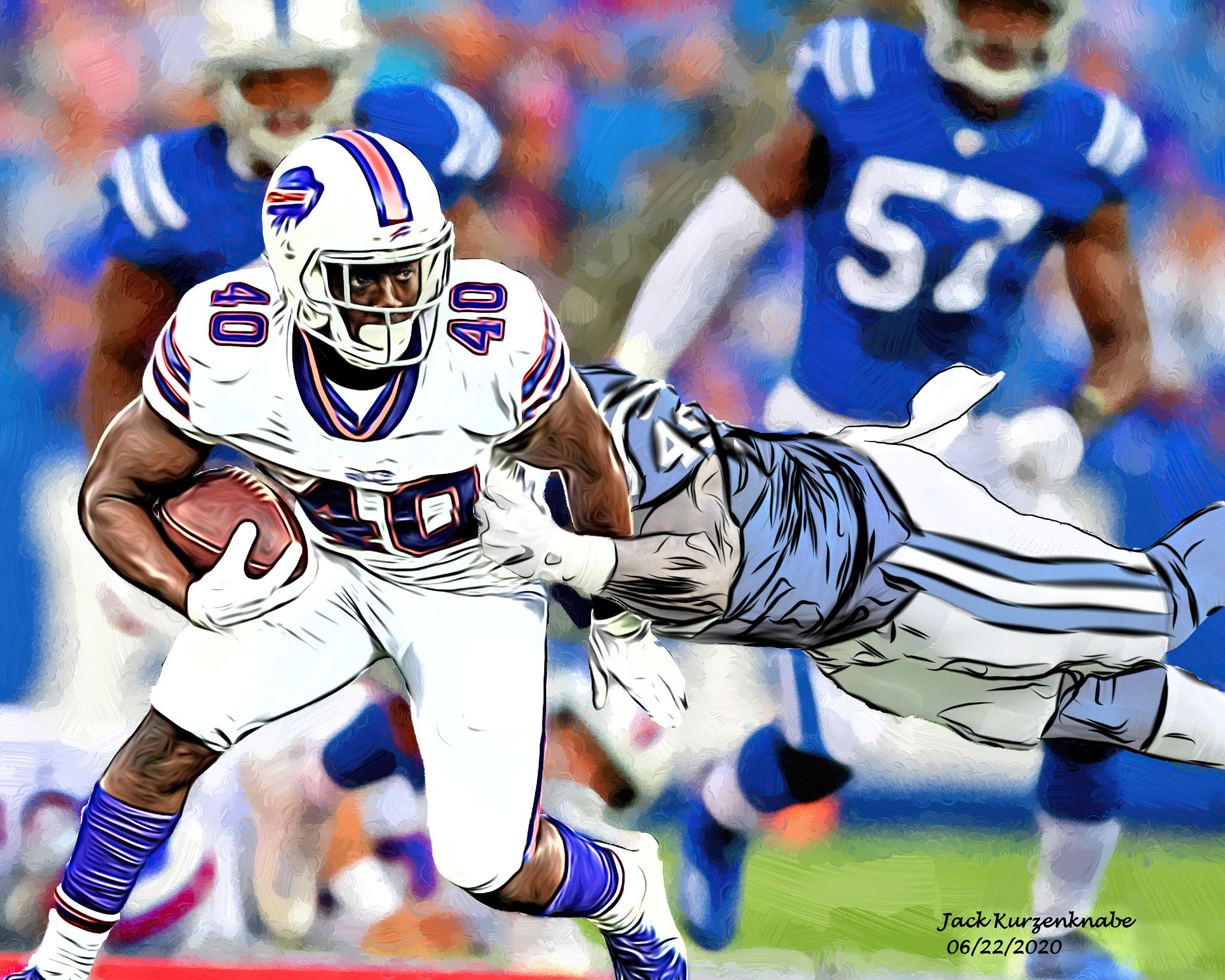 The night before Free Agency official starts, we have seen Buffalo complete two deals in the legal tampering window. First, punter Matt Haack signed a three-year deal with the Buffalo Bills essentially ensuring that Buffalo will not resign RFA Corey Bojorquez. Second, Buffalo signed Wide Receiver Emmanuel Sanders to a one-year six-million-dollar deal. Buffalo has not been extremely active over the first couple of days as they do not have much cap space but the attempt to create even more continues. Buffalo traded Tight End Lee Smith to the Atlanta Falcons in exchange for a 2022 late-round pick (a specific round has yet to be reported). Heading into day three we look at five Buffalo Bill’s free agency rumors and predict if they are going to happen.

We start with perhaps the hottest rumor in the National Football League at the moment. The Eagles have let Zach Ertz start talking to potential teams that would have to trade for him from the Eagles. While the compensation for Ertz will have to be figured out by the Eagles and whatever team(s) that Ertz chooses it is no secret that he will not be a Philadelphia Eagle by the time of the NFL draft. Buffalo has been connected to not only tight ends but specifically Zach Ertz because general manager Brandon Beane explicitly singled out the tight end position as one that needs to improve significantly for Buffalo. After all the big tight end options on the free-agent front found homes very early in free agency there are not many top options left. Ertz is a great tight end who certainly needs a change of scenery. Brandon Beane made a massive trade to improve Buffalo’s offense last season and is likely to attempt to improve even more. Before an injury-plagued 2020 campaign with the poor quarterback play of Carson Wentz, Ertz had back-to-back 900+ yards and 6+ touchdown seasons for the Eagles. Although Ertz will be 31, he still is a top ten tight end that Buffalo can easily acquire.

Will it happen? Yes.

Beane makes deals, that is what he is known best for with the Diggs trade and often turning low-end roster players into late picks. His deal-making continues here as Buffalo picks up Ertz for what will likely be a 5th round pick or lower.

It is no secret that Buffalo has been looking for a partner for All-Pro Tre’Davious White for some time now. Levi Wallace is a Restricted Free Agent and while he may return you can guarantee that Buffalo will sign some competition for Wallace or even make Wallace the backup with the signing of a starter. Rhodes is coming off of a rebound year for the Indianapolis Colts. Rhodes only allowed a 51% completion percentage when targeted by opposing quarterbacks. If you put Rhodes in Buffalo’s defense where the opposite corner and both safeties are All-Pro/Pro-Bowl caliber you can count on Rhodes becoming an even better player. Rhodes is a veteran and is a good fit in Defensive Coordinator Leslie Frazier’s Defense. In addition to all that, Jordan Poyer mentioned that he has attempted to recruit Rhodes to come to Buffalo while being in Florida together.

Will it Happen? No.

Xavier Rhodes is a solid talent, but I do not think Brandon Beane goes this direction. If Beane wants a corner, he will either bring someone in who is better than Rhodes or someone more on the level of Levi Wallace to compete. Rhodes will command roughly eight million dollars so Beane likely thinks why not spend a couple more and get an even better player or spend half that and give Wallace competition.

Buffalo needs a pass rusher. We saw Buffalo have Mario Addison take a pay cut and my guess is that if Addison did not take a pay cut, he would have been released by Beane. Last season Beane carried five defensive ends on the roster, and I would be shocked if he did not do that again this season. That means that Buffalo is essentially one short. We saw what happened when Patrick Mahomes was sent running for his life by Tampa Bay in the super bowl and Beane recognizes that Buffalo has to get through Kansas City to get to the next level. Just like Rhodes was recruited by Bill’s safety Jordan Poyer Carlos Dunlap got the same treatment. Although his stats do not jump off the page when Dunlap was traded to Seattle their defense completely turned from one of the worst to one of the better defenses in the league. Dunlap may not do the same for Buffalo, but he is a proven pass rusher and while Buffalo would still not have an elite pass rusher, they would have a very deep group if Dunlap signed.

Will it Happen, Yes.

After so many years on the Bengals Dunlap likely wants to go to a contender. What may not work with Rhodes works with Dunlap as I believe Beane and Poyer do a solid job of recruiting the veteran pass rusher and signing Dunlap to a one-year deal or a two-year deal with a team option in the second year.