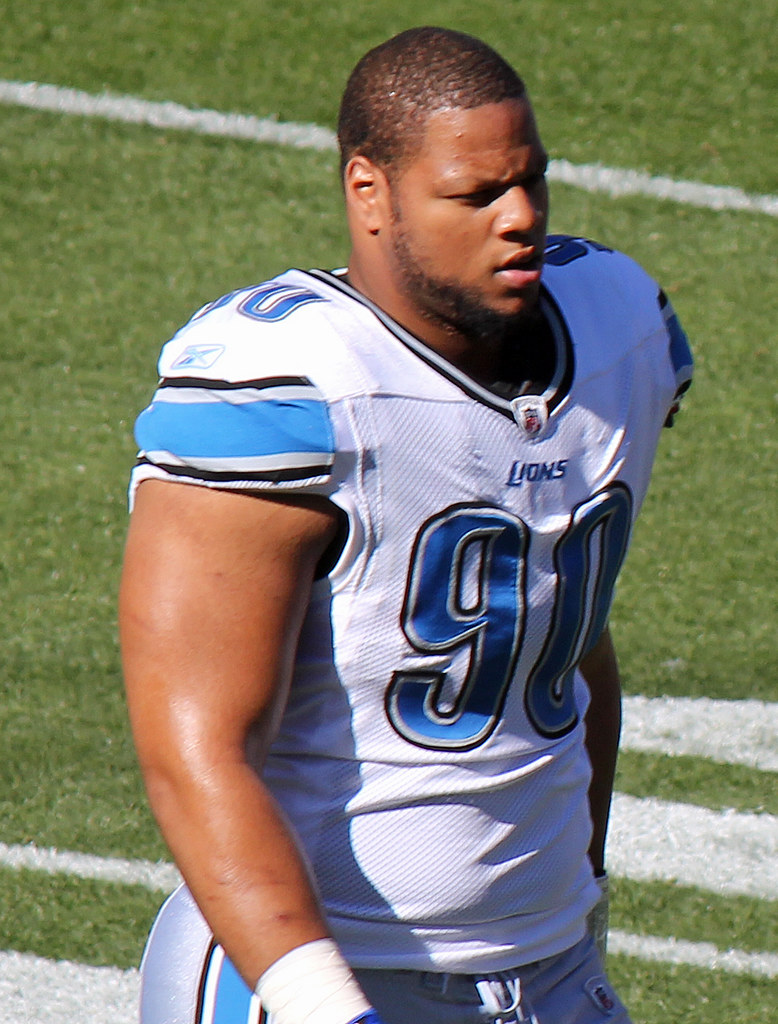 Draft day is almost upon us. Let’s take a look at some of the top prospects for the Detroit Lions based on their needs. Note that I have not included a quarterback because of the recent restructure of Jared Goff’s contract and my belief that they guy they want won’t be there at #7.

There’s one trait that all of the wide receivers the Lions have targeted in free agency have in common (other than team friendly cap hits): speed. Here’s what their 40 times look like. Tyrell Williams- 4.42, Breshad Perriman- 4.29, Kalif Raymond- 4.34. Waddle is set to run his 40 at Alabama’s upcoming pro day, but has been quoted in the past as saying he thinks that he’ll run, “Definitely a high 4.2, low 4.3s. That’s normally where I’m around.” He’s rumored to have lost a race to fellow Alabama alumni, Henry Ruggs III in his sophomore year by just a step.

This pick would make complete sense for the Lions considering the change at quarterback. In recent years, previous regimes were able to surround Matthew Stafford with big, contested catch receivers. But, with Jared Goff at the helm now, this new leadership is going to adjust and give Goff speedy receivers that create separation. Enter Jaylen Waddle.

Waddle is not only quick on his feet, but he’s also a clean a precise route runner. According to Pro Football Network’s write up on Waddle he’s, “Fast off the line of scrimmage, immediately gets to top speed, and almost always gets a step or two on defenders in the initial 10 yards. Displays route discipline, easily makes the reception in stride, and adjusts to make the deep catch at full speed”.

Those are exactly the type of characteristics an old-school pocket quarterback the likes of Goff needs to succeed. And, exactly the type of receiver the Rams were not giving him in LA. To avoid those circumstances in Detroit, I like Waddle as an addition to this speedy wide receiver corp that will be able to create more than one deep threat and burn their defensive counter parts.

Bonus: he would also bring with him some pretty electric kick-return skills. And, with the loss of Jamal Agnew, that would just fill in yet another piece of the Lions current puzzle.

I previously wrote about Parsons being one of the leading prospects for the Lions and I’m going to come full circle here. Linebacker was one of the weakest position groups on the roster in 2020 and is currently one of the position groups taking the largest hit in free agency (Christian Jones, Reggie Ragland, and Jarrad Davis have all already signed with other teams).

Parsons is perhaps the top defensive prospect in this year’s draft class. He is versatile and can play at virtually any linebacker spot which will be a plus for Aaron Glenn as he builds his ideal defense.

According to Chad Reuter of NFL.com, “Parsons plays with the toughness that head coach Dan Campbell promised his team would display during his initial press conference as the Lions’ leader. He also has the athleticism to become a playmaker whether lined up in the middle or on the outside, just like Tampa Bay starter Devin White”.

The praise from media around the league doesn’t stop there. Cynthia Frelund, also of NFL.com (you may be familiar with her mathematical models) stated that, “Parsons, who opted out in 2020, had the best marks in my college model in 2019 for run-game efficiency (measured by how many yards opponents gained on run plays while within 10 yards of Parsons). He also has strong blitz and pressure potential, as measured by how often he got past the defensive front when asked to blitz (he was in the top 10 percent among LBs of his type when blitzing).”

But, don’t take their word for it. Parson’s stats speak for themselves. In 2019, Parsons notched 109 total tackles, 5 sacks, 4 forced fumbles, and 1 fumble recovery. Think he’s ready to bite some knee caps?

Let’s be real: it’s unlikely that Sewell will make it to #7 in this draft considering other team’s needs for offensive line help. But, if he does, the Lions would be crazy not to give him a look. Sewell is arguably the best offensive tackle in this year’s class. Having locked in Taylor Decker via contract extension, Sewell could help build a stellar line for years to come in Detroit.

In 2019 Sewell started 13 of 14 possible games and did not allow a sack in a single one of those games. That season, he was the first true sophomore to win the Outland Trophy.

According to Pro Football Network’s draft analysis of Sewell he is an, “Incredibly athletic prospect with a large upside. Smooth, sets with a wide base, and bends his knees. Agile, moves well around the field, and easily adjusts to pass rushers. Keeps his feet moving, slides off the edge, and shows terrific lateral blocking range. Fundamentally sound, stays square, and turns defenders from the action. Flashes explosive hand punch. Gets out to the second level and easily redirects to hit a moving target. Athletic and hits multiple defenders on a single snap”.

It doesn’t hurt that Sewell is HUGE. He is a staggering 6’6″ and 325 pounds. Quite the formidable size on an offensive front.

He’s also an ideal scheme fit for the new style of offense that the Lions are putting together. According to The Draft Network, Sewell will fit best in a “downhill power run scheme”. Sounds a lot like what Detroit is putting together behind D’andre Swift and the newly signed Jamaal Williams, doesn’t it? We can cross our fingers and hope he falls down the draft board right?