Five first-round draft picks that should have happened 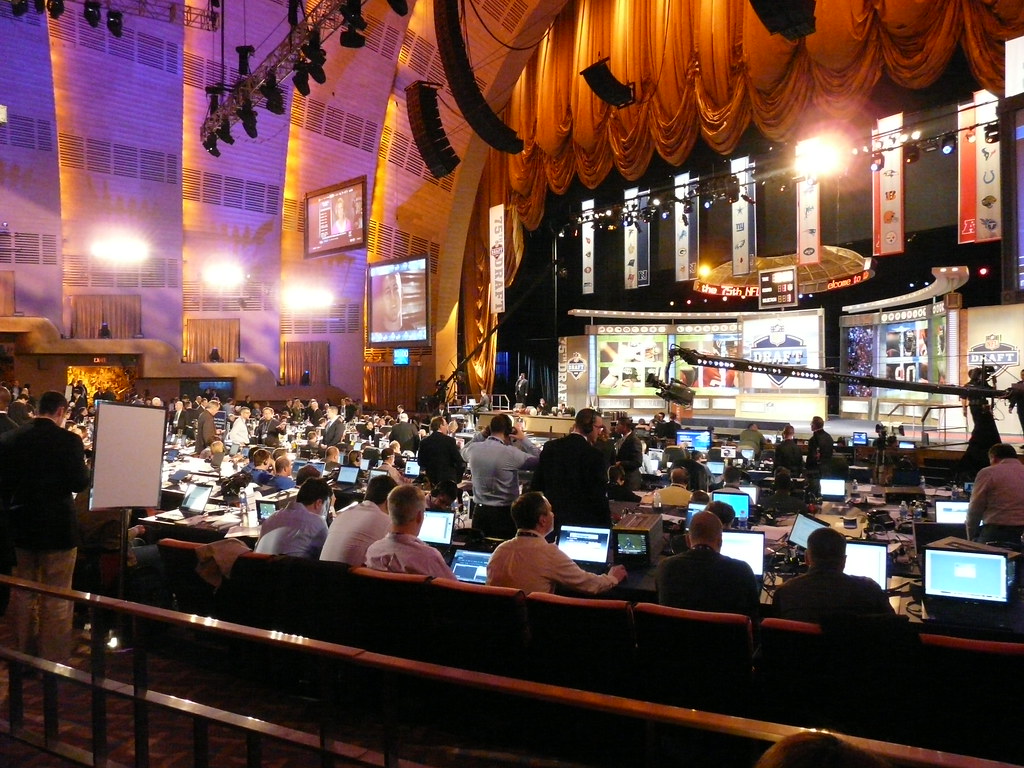 The NFL Draft is a beautiful thing, and the first round is the pinnacle of it all.

32 college athletes have received the opportunity of their dreams as Round One selections in the 2021 NFL Draft, while teams across the football landscape look to fill the holes on their depth charts and load their rosters with talent for the next decade.

But while nobody leaves draft night a worse team than they were when they entered, there are always a few teams that will look back at the event as a missed opportunity. As some players picked later blossom, earlier picks are left floundering, leaving the teams that drafted them to wonder where they went wrong.

The Draft is a notorious crapshoot, with near-impossible odds on predicting exactly who will succeed and who will be the next Mitch Trubisky. But as each team took their turn on the clock, five walked away without players that could have been instant stars, or even future franchise alterers.

These are the five picks from the first round that should have happened, but didn’t.

Justin Fields to the Denver Broncos

Maybe Patrick Surtain II is the best cornerback in the class. Maybe he’s the best defender in the class, and a player at a position that, after losing AJ Bouye, the Denver Broncos could use some help at.

Surtain could be the next coming of Champ Bailey, but the Broncos’ franchise isn’t going anywhere of relevance until they finally, finally, figure out what to do at quarterback. And picking ninth overall in 2021, Denver had a potential solution fall into their laps. Justin Fields, the Ohio State star, as available for the taking.

Denver will now, more likely than not, roll into the 2021 season with Drew Lock under center, a player who threw for 15 interceptions last season, tied for the most in the league. Lock did that with just 16 passing touchdowns and a league-worst 57.3% completion percentage.

Maybe the return of Courtland Sutton will boost Lock’s numbers. And maybe another year as the full-time starter is what he needs to maximize his potential. But trusting Lock fully after a dreadful 2020 season will be a gamble that could sink the future of the Broncos franchise.

Penei Sewell to the Cincinnati Bengals

LSU’s Ja’Marr Chase will join Cincinnati’s potentially potent offense made up of playmakers like Tee Higgins, Tyler Boyd, and Joe Mixon. But here’s the issue. In order for all those nice pieces to come together, Burrow, the man calling the shots on the field, needs to be able to stand upright in order to get the ball to those playmakers.

The Bengals had their chance to draft Oregon tackle Penei Sewell, this year’s top offensive line prospect, and someone that could potentially help keep Burrow standing tall in the pocket for the next decade.

But when Burrow returns to the field in 2021, after damaging his PCL and tearing his ACL and MCL, he will do so with some fun players to throw to, but without the help of 2021’s most promising offensive line prospect.

The Washington Football Team was one of the most surprising stories of the 2020 season, making the playoffs with a 7-9 record, and came within eight points of beating the eventual Super Bowl champions in the first round of the playoffs. To pull all that off, the Football Team leaned heavily on the power of their defense.

One player wouldn’t fix how broken the Football Team’s offense was last season– but they could have tried. Even with the big three receivers off the board, Minnesota’s Rashod Bateman showed the potential in college to give Washington a Day One WR1 in their offense, and add a reliable target for their new quarterback, Ryan Fitzpatrick.

But with Washington selecting Jamin Davis, the linebacker out of Kentucky, the Football Team is going all-in on what barely got them to the postseason in 2020.

The Raiders once had a guy named Khalil Mack on their roster, a three-time All-Pro for his undeniable skill as a pass-rusher.

The Raiders traded him 2018, and ever since that day, they’ve been scrambling desperately to replace his production. 2020 was a new low for the Raiders, managing just 21 sacks through 16 games, the fourth-fewest in the league.

But the search for help at the pass rush continues in Las Vegas, with the Raiders taking Alabama tackle Alex Leatherwood 17th overall. Leatherwood fills a need on the offense, but he’s a prospect that was seen by many as a Day Two player, and someone at an offensive tackle position with plenty of depth in the 2021 class.

Phillips also would have filled a team need, and was considered the top player in a shallow group of pass rushers in 2021.

Maybe they’ll find their answer to the Khalil Mack void next year.

Gregory Rousseau to the Pittsburgh Steelers

Najee Harris could very well be a star in the league. From Le’Veon Bell to Chase Claypool to Antonio Brown, recent Steelers history has shown us that the franchise is more than capable of turning surprising skill players into gold.

And it’s true, the rushing attack in Pittsburgh was”¦ lacking, to say the least, in 2020. The Steelers’ 1,351 rushing yards were the lowest in the NFL. Same for their 3.6 yards per carry. But while Pittsburgh could use some help at the position, a fair bit of their lack of production on the ground was by design.

The Steelers finished first in the NFL in passing attempts in 2020, and dead last in rushing attempts. While many of Pittsburgh’s attempts through the air came in the form of quick, short, high percentage passing attempts that essentially served to replace the running game.

All the while, one of the key contributors on Pittsburgh’s top-tier defense, Bud Dupree, parted ways with the team in free agency. Miami’s Gregory Rousseau presented the chance for the Steelers’ to draft a high-upside replacement to run alongside TJ Watt.

And Harris could be the best running back of the bunch, but recent history has shown that stars at the position can be found in the later rounds of the draft. Derrick Henry, Dalvin Cook, and Jonathan Taylor, the league’s three leaders in rushing yards in 2020, were all second-round selections from their respective drafts. Fourth in yards was Aaron Jones, a fifth-round pick, while James Robinson, an undrafted free agent, rounded out the top five in rushing yards last season.

Value at the position can be found on Day Two, even on Day Three. It’s much harder to say the same about pass rushers.

Fantasy: 3 WRs over the age of 33 to target in re-draft
How the Saints draft picks will improve the team
wpDiscuz
0
0
Would love your thoughts, please comment.x
()
x
| Reply