Why Denver is the best landing spot for Aaron Rodgers 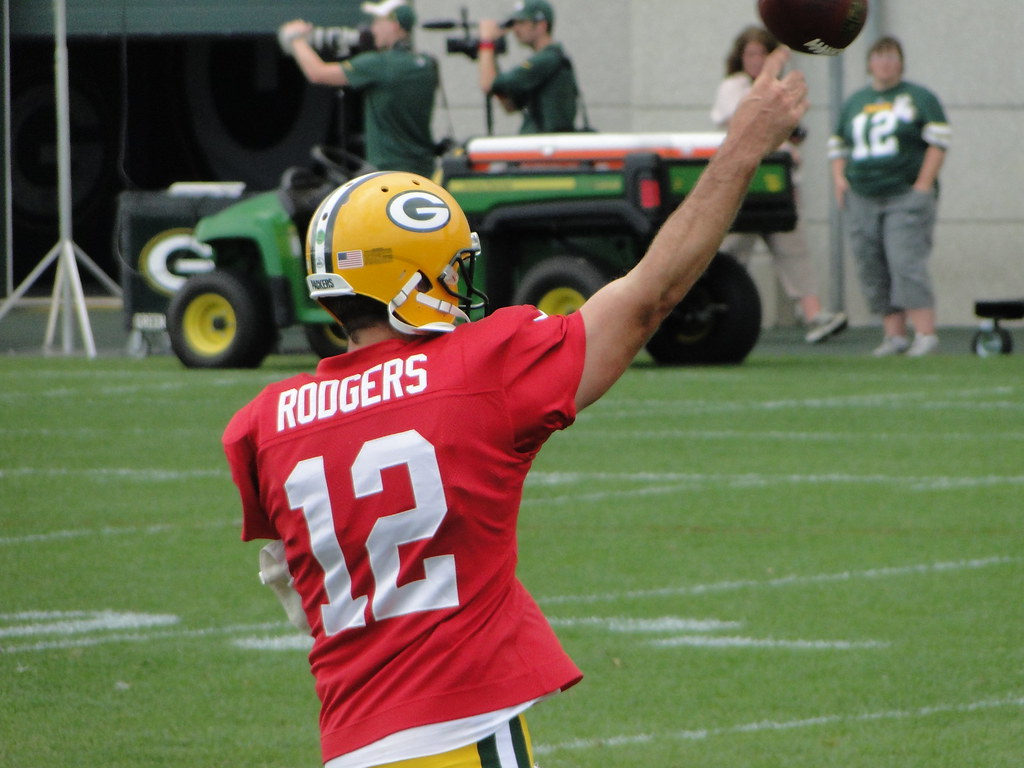 Denver is the best landing spot for Aaron Rodgers

Reports have come out over the last couple of days on Green Bay Packers quarterback Aaron Rodgers and his strained relationship with the Packers organization. It was reported he does not wish to come back under general manager Brian Gutekunst. On the flip side, Gutekunst told ESPN they are committed to Rodgers in 2021. Although the Packers organization says they won’t be trading him, they don’t have a solid case and that started with drafting quarterback Jordan Love in the first round last year. With trade rumors on full blast, the Denver Broncos are top of the list for new destinations for Aaron Rodgers.

The 2020 NFL Most Valuable Player Aaron Rodgers had an outstanding offensive season. Rodgers had 48 touchdowns and 5 interceptions with 4,299 passing yards last season. Rodgers took the Packers to the NFC Championship last season but fell short to the Tampa Bay Buccaneers. In other words, Aaron Rodgers is a very talented and experienced quarterback, something the Denver Broncos need if they plan on making a Super Bowl appearance soon. Denver’s starting quarterback Drew Lock, which they drafted in 2018, is still new and learning the game. What would be so bad to bring in a skilled veteran into the Broncos explosive offense?

If Aaron Rodgers wants more weapons, the Broncos got a stacked roaster. Starting with pro bowl wide receiver Courtland Sutton, looking to make a huge comeback this season after missing all last season to an injury. Then there’s Tim Patrick who was targeted 79 times last season with zero drops. But we can’t forget about Jerry Jeudy, a sophomore this season with one of the best route running in the league. For running backs, there’s Melvin Gordon who rushed for nearly 1000 yards and 9 touchdowns.

Broncos also picked up a running back in the draft, Javonte Williams. Tight end Noah Fant is also looking to make a huge jump this next season, with that, Rodgers has the weapons he’s been asking for. After the NFL draft has come to a conclusion, the Broncos have one of the most underrated offenses.

Not only will Aaron Rodgers get the weapons he needs to score the points, but he’ll also need a pretty good defensive team to ensure the wins. Broncos will no doubt have one of the highest-ranked defenses coming into this next season. Pro bowlers Von Miller, Justin Simmons, and Bradley Chubb are just some of the names on this defensive. Many are comparing this secondary to the 2015 No Fly Zone, which was the best secondary in NFL History. If Aaron Rodgers can take care of business on offense then Von Miller will take care of things on defense.

The Denver Broncos would be best fit for Aaron Rodgers if he were to get traded. The Denver Broncos are a complete team that is very able to make it back to the Super Bowl. However, with the quarterback position still with a question mark, the team is not 100%. Aaron Rodgers could feel that role and take the team all the way, while Drew Lock gets experience under a veteran and takes over when and if Rodgers decides to retire. It’s truly a win-win situation.

Does Aaron Donald have a chance to be the greatest defensive player of all time?
Why Penei Sewell is the Steal of the Draft
wpDiscuz
0
0
Would love your thoughts, please comment.x
()
x
| Reply