Where does the Bills pass rush rank in the league after the Draft? 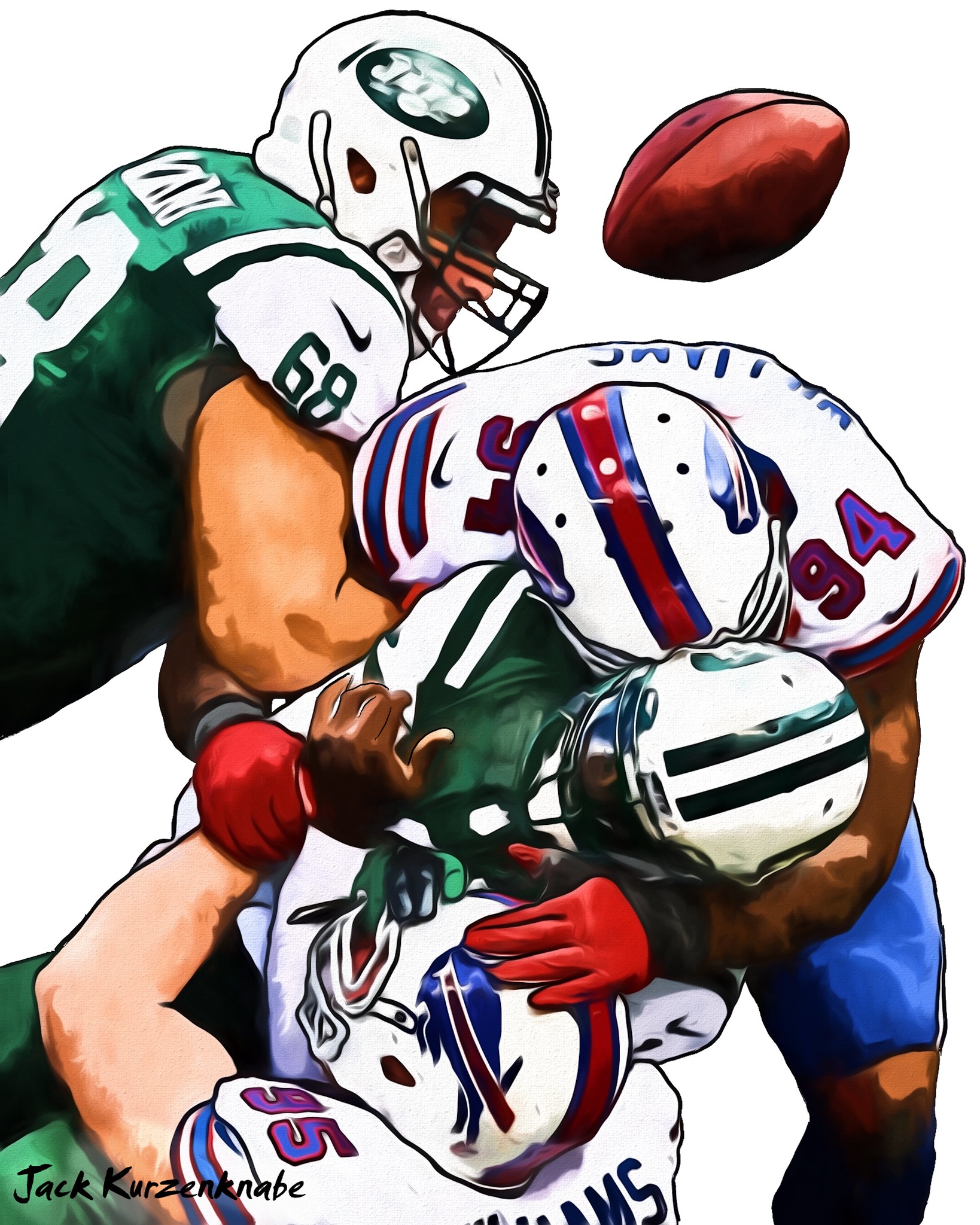 Do the Bills have the best NFL pass rush?

The Buffalo Bills entered the 2021 NFL Draft knowing that their pass rush needed to be addressed. The Bills lacked getting to the quarterback all season long, and it was evident for the entire NFL watching when the defense couldn’t bring any consistent pressure on Patrick Mahomes, Lamar Jackson, and Philip Rivers in the playoffs. With their two starters Jerry Hughes and Maro Addison from last year entering the final year of their deals, and with both getting up there in age, it was time for general manager Brandon Beane and his staff to find new ways to make life tougher for opposing quarterbacks.

In the Super Bowl, it was clear that the Tampa Bay Buccaneers were able to bring pressure with just their front four. Too often, Sean McDermott and Leslie Frazier’s defense were forced to rush more than four players at the QB to generate pressure and get the QB off his spot. The Bills lost to Mahomes and the Kansas City Chiefs twice last season, and both games were not particularly close. The biggest reason Mahomes had so much success against Buffalo was because he was never under pressure. In the Week 6 and AFC Championship games combined, Mahomes went 50 of 64, 550 yards passing, 5 passing touchdowns, and 0 interceptions. In the Championship game, Mahomes was sacked once and hit just twice in the Chiefs’ 38-24 victory.

The Bills needed to find more ways to make quarterbacks uncomfortable, especially the guy playing quarterback for Kansas City. The Bills do not like to send blitzers, they tend to let their pass rush do what they can and play good coverage in the secondary. But it is fair to say that the pass rush was not “Championship Caliber”.

In the beginning of last year, the Bills were not getting much pressure. That changed in the second half when the Bills started dialing up different looks. The Bills blitzed 31.4% during the regular season, up from 24.3% in 2019. Blitzing may have worked against certain passers they faced, but against Mahomes? Nope. In the AFC Championship, the Bills blitzed on seven of Mahomes’ 39 dropbacks, Mahomes was 5 of 7 for 47 yards and two touchdowns vs. the blitz.

The Bills must figure out how to take the next step to get to the promised land. They were just 45 minutes away from being in the Super Bowl, and it’s hard to find the right players to get you over the hump because they are already so close. But if they are going to look at how the Bucs made the Chiefs offense look ordinary, it is how they brought pressure to Mahomes. Mahomes was pressured on 29 of his 56 dropbacks in the Super Bowl, according to ESPN Stats & Info. Believe it or not, despite pressuring Mahomes on over 50% of his dropbacks, the Bucs only blitzed on six snaps good for just 11% of the time.

The Bills know how good Mahomes was against them, and they know if they want to beat him that they will have to bring pressure with just four. The Bills don’t have Jason Pierre-Paul and Shaq Barrett, or nose tackle Vita Vea, but they hope with the additions of Gregory Rousseau and Carlos Boogie Basham in the first two rounds of the draft and getting back defensive tackle Star Lotulelei, that it will bring the much-needed size and strength that they were lacking.

The Bills finished the regular season ranked 14th in sacks per pass attempt and had 38 sacks in 2020. In 2019 the Bills were able to get 17 sacks from their edge rushers, but that number dropped to 13.5 last year. If the Bills want to dethrone the Chiefs, they will have to get more sack production from the guys on the edge.

Despite not having a high number of sacks, the Bills were still ranked 6th in Pro Football Focus’s Final 2020 NFL pass rush rankings. This is what they had to say:

Once again, their leader was Jerry Hughes, who generated pressure and won his pass-rushing reps much more consistently than one would expect from an edge defender with just 4.5 sacks on the season. That seems to be a common theme over the past several years. Since 2018, Hughes ranks sixth among edge defenders in total pressures (175) but tied for just 42nd in sacks (16.0).

Despite the support from PFF, Hughes has not had a double-digit sack season since he was part of a duo that included Mario Williams. The Bills have not had a feared pass rush since 2014 when their front recorded 54 sacks leading the NFL. Mario Williams led the team with 14.5 sacks, followed by Marcell Dareus with 10 sacks and Jerry Hughes with 9.5 sacks. Kyle Williams chipped in with 5.5 sacks. The Bills leading sack getters in 2020 were A.J. Klein and Mario Addison who were tied for the team lead with 5 sacks each. Not what anyone expected from the defense last year.

Rousseau opted out of 2020. But in 2019 he was second in the nation with 15.5 sacks behind just Chase Young who we all know was the 1st overall pick that year. He’s a physical specimen at 6-foot-7, 265 pounds that brings a ton of size Beane and McDermott love which will also allow him to slide inside on passing downs. Basham is seen a more NFL ready prospect, a player many deemed as a possible late first-round pick to the Bills, so for Basham to fall to them at 61 was excellent value. Boogie Basham has a lot of experience, and he experienced his breakout season in 2019 with 10 sacks in 13 starts, and then recorded 5 sacks in just 6 games in 2020.

I also mentioned previously that Star Lotulelei will be coming back after opting out of last season. That should be a big boost to the middle of the defensive line, allowing for Ed Oliver to get more production. In Oliver’s rookie season playing next to Star, he recorded 43 tackles and 5.0 sacks in 2019. Without Star, Oliver had to play out of position, which limited his production to just 33 tackles and 3.0 sacks in 2020 despite playing 22 more snaps with the defense.

Don’t forget about their 2nd round pick from 2019 A.J. Epenesa who had more of a developmental year with just 1 sack and still learning the system, he should take a substantial jump this year as well. The Bills also made an under the radar signing in Efe Obada, who broke out in the second half of last season with 5.5 sacks and 15 quarterback hits. His 5.5 sacks would have led the team last season.

The Bills have put themselves in position to have more success at getting to the quarterback in 2021. They have more youth, size, strength, length, and versatility which should allow them to get creative with their pass rush next season. The older guys will have a smaller snap share keeping their energy high, and the young guns will bring a ton of explosiveness that this team lacked all of last year. They have been able to pressure the QB, but now it’s time to take them down. We’ll just have to wait and see if their plan worked.