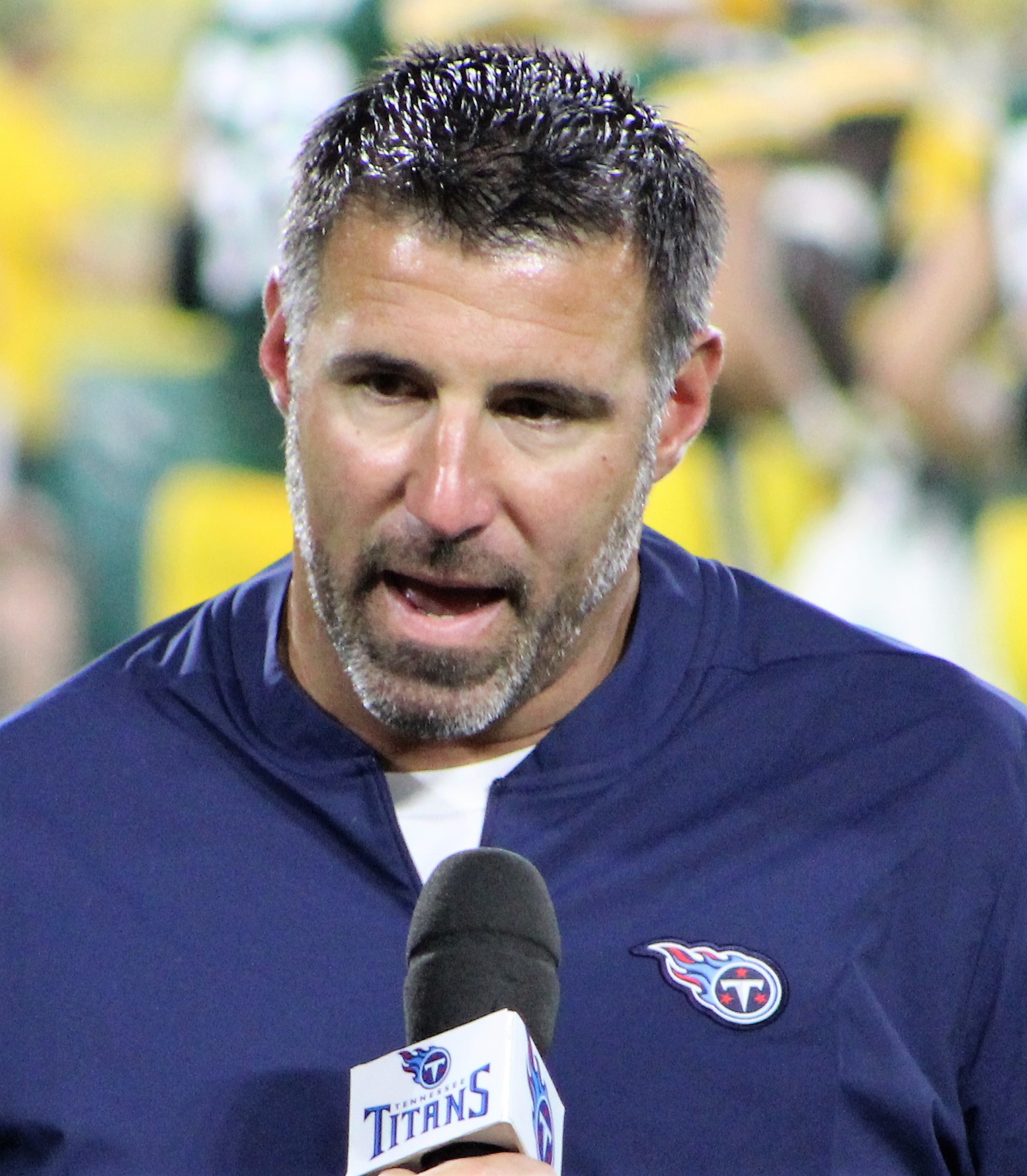 Who is the best AFC South head coach?

The AFC South is one of the most polarizing and mysterious divisions in the league. The figures leading the AFC South teams match the reputation of the AFC division. In this bite, I’m going to rank the coaches and dive into the profiles of each outlier. Let’s begin.

4) David Culley – The new head coach of the Houston Texans kicks us off.  This is mostly due to the unknown surrounding what type of head coach Culley will be.  This will be Culley’s first head coaching opportunity, but he does come with 25+ years of NFL coaching experience.  Most of Culley’s coaching experience has come as a wide receiver’s coach.  His most recent position combining WR coach, passing game coordinator, and assistant head coach title with the Baltimore Ravens last season.

Culley’s big chance was met with a big blow, as he was hired during a time of turmoil with the team’s franchise quarterback Deshaun Watson.  At the time, the situation was simply Watson wanting out of Houston due to the state of the team.  This has since evolved into a much more serious situation, leaving Culley with a QB depth chart of Tyrod Taylor, Ryan Finley, and recently drafted rookie Davis Mills.

Hitching his first head coaching opportunity to the Tyrod Taylor wagon, likely isn’t the start David Culley envisioned for his head coaching career.  He may want to steal a play from the Chargers playbook and keep the team doctor on standby.

3) Urban Meyer – Now I’m sure the college critics from Columbus and Gainesville will roll their eyes here, as Urban Meyer is one of the winningest coaches in college football history.  Winning over 85% of your collegiate games as head coach is quite the accomplishment.   Add in 3 National Championships and Urban Meyer brings quite the pedigree to the NFL.

My main concern is how Meyer will make the transition to the National Football League. The example that comes to mind is Nick Saban, during his time in Miami.  However, back in 2005 when Saban took the Dolphins head coaching position, he didn’t have the pedigree that Urban Meyer has to start his NFL tenure.  Saban does now, but back then it was just the good run he had at LSU carrying him.

Urban Meyer is more comparable to Pete Carroll, in my eyes, who spent many years with USC and had a win percentage of 80%…along with a couple of National Championships.  Carroll has found success in the NFL winning a Super Bowl and being one horrible coaching decision away from a second championship with the Seahawks.  Carroll did have coaching experience in the NFL, prior to Seattle, which is something Meyer lacks heading into his first professional opportunity with the Jaguars.

I do believe Urban Meyer will find success in the NFL.  Jacksonville drafted what many believe will be a franchise quarterback, for years to come, in Trevor Lawrence.  Many of your coaching success stories depend on the make-up of your roster and who’s calling the shots under center.  If Meyer and the Jags can keep adding talent around Lawrence, Meyer will climb up those AFC South coaching rankings, and Jaguars fans will be shouting “DUVAL” proudly for the foreseeable future.

2) Mike Vrabel – Vrabel comes in at number two here and ties a lot of things together in the process.  Titans fan will argue this spot as he comes in with a better career winning percentage, as head coach, than the guy at number one.

When you think Mike Vrabel, you probably think New England Patriots and rightfully so.  Vrabel spent 2001-2008 with the Patriots, winning three Super Bowls.

However, he’s not the rare success story from the Bill Belichick coaching tree.  In fact, he’s more tied to the guy that came in at number three from a coaching standpoint.  Vrabel spent his college career playing defensive end for Ohio State University from 1993 to 1996.  His first coaching opportunity would come from his alma mater, as Ohio State linebackers coach, on July 10th, 2011.  On December 21st of 2011 the new Ohio State head coach decided to keep Vrabel a part of his coaching staff and made him the defensive line coach.

Vrabel transitioned to the NFL in 2014 as a linebackers coach for the Texans, before getting his big break in 2018 as head coach of the Tennessee Titans.  Vrabel has led the Titans to a 29-19 regular season record over the past 3 years, including back-to-back playoff appearances with a trip to the AFC Championship in 2019 on the back of star running back Derrick Henry.

1) Frank Reich – Not a shock for anyone that knows me, but Frank Reich comes in as the number one head coach in the AFC South.  Just as some forget that Vrabel wasn’t a part of the Bill Belichick coaching circle, the Colts benefitted from someone backing out of the position and returning to that circle.

Back in 2018 it was reported that Patriots offensive coordinator Josh McDaniels was set to accept the Indianapolis Colts head coaching job offered by new Colts GM Chris Ballard.  Then things got weird as McDaniels got cold feet and left the Colts at the altar.

What happens when you’re left at the altar?  Well naturally you turn to the pastor, which the Colts did when making the call to Frank Reich.  Reich had been well known in NFL circles.  Most notably for the 1993 NFL wild card game in which he led the Buffalo Bills back from a 35-3 deficit against the Houston Oilers.  The Bills would win 41-38 in overtime and the 32-point deficit remains the largest comeback in NFL history.

Reich wasn’t new to Indy, spending 2006-2007 as a coaching intern before serving as an offensive coaching staff assistant under Tony Dungy in 2008.  Reich would remain on the Colts staff under new head coach Jim Caldwell before being released, with the entire staff, after 2011.

Reich would come full circle and return to Indianapolis in 2018, after helping to lead the Philadelphia Eagles to a Super Bowl Championship (as offensive coordinator) over the New England Patriot.

Reich found success early in his first season as head coach, leading the Colts to the playoffs and a wild card road win over the division winning Texans.  The Colts would lose the next week in Kansas City, and go into the offseason looking at a promising future.

Before the start of the 2019 season, that promising future came to a grinding halt as franchise quarterback Andrew Luck opted for early retirement.  This set the Colts back quite a bit, but Reich did some of his best coaching during that time.

The Colts started the 2019 season 5-2 under QB Jacoby Brissett before a knee injury against the Steelers took their promising start off track.  Colts turned to backup QB Brian Hoyer and a less than 100% Brissett the remainder of the season and could never recover.

Going out in the offseason and getting old man Philip Rivers in 2020 proved what a coach that Frank Reich really is.  Many wrote off Rivers due to age, lack of arm strength and his poor decision making towards the end of his time with the Chargers.  During a strange time of no preseason and limited offseason work, due to the pandemic, the Colts and Reich turned in an 11-5 season – losing a tiebreaker to the Titans for the division.  They would also have an early playoff exit, losing on the road to Reich’s old team (the Buffalo Bills) in what most considered the best playoff game in 2020.

A regular season record of 28-20, two playoff appearances, with three different quarterbacks is a solid resume for Reich.  Toss in the fact that he’s being reunited with the QB that played a huge part in the Eagles making the playoffs for the magical Super Bowl run in 2017, in Carson Wentz, and Frank Reich comes in number one in my AFC South head coach rankings.

Could Lamar Jackson win his second MVP in 2021? Rashod Bateman is a big help
Spencer Rattler: Best fits in the NFL
wpDiscuz
0
0
Would love your thoughts, please comment.x
()
x
| Reply