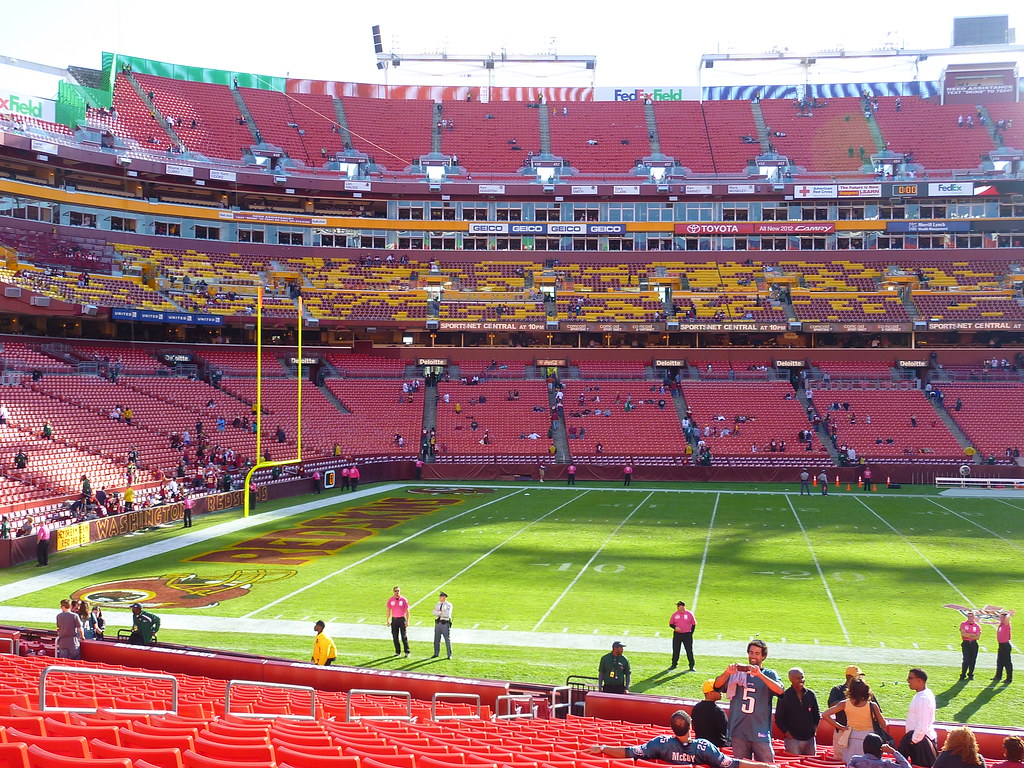 The Washington Football Team opted to neglect the quarterback position in the draft. After Dwayne Haskins’ miserable tenure in Landover, Alex Smith took the reins at the end of the 2020 season. The veteran starter guided Washington to the playoffs before an injury ended his season.

Smith announced his retirement this offseason, and Washington replaced him with maverick Ryan Fitzpatrick. The Harvard alum is a serviceable starter with glorious highs and maddening lows.

The other quarterback of note on the depth chart is Taylor Heinicke. The Old Dominion student showed glimpses of raw talent; could he become QB1 in Washington? There is a strong chance of that happening.

How He Could Take the Starter’s Role

Heinicke’s nomadic NFL career started in 2015 as he signed for the Vikings as an undrafted free agent. After making the roster, an injury curtailed his first year in the league.

Stops in New England and Houston followed, but Heinicke couldn’t hold down a long-term spot with either of those organizations. It was in Carolina where Heinicke started his first NFL game in 2018.

That is where Heinicke forged a relationship with then Panthers head coach Ron Rivera and coordinator Norv Turner. Relationships go a long way in football, and after the collapse of the rebooted XFL, Rivera phoned Heinicke to give him one last shot.

Heinicke’s athletic traits make him an intriguing proposition. He is of the new age with his rushing skills and powerful throwing arm. In his game against Tampa, Heinicke carried six times for 46 yards and one touchdown. Heinicke is a blocky, hard-hitting runner.

That ability alone is a differentiator from Fitzpatrick. Heinicke’s rushing talent would also mesh well with Rivera and offensive coordinator Scott Turner.

That duo is from the Cam Newton, Carolina offence, and they own excellent knowledge in curating an offence around a quarterback that can use his legs.

Then there is Heinicke’s temperamental throwing skill. The arm is powerful, although there accuracy issues. Last year, Heinicke’s intended air yards was an impressive 13.4 yards, which dwarfs Fitzpatrick’s number of 7.3. Now the caveat is that Heinicke’s sample size was much smaller; nevertheless, he is willing to throw the ball. His passing chart against the Bucs underlined his desire to throw far and outside the numbers.

At the same time, Fitzpatrick is another player who will throw the ball far. Unfortunately, he is stuck in his error-making ways. Fitzpatrick has perfected imperfect quarterback play.
Conversely, Heinicke is so raw that he can still get coached.

After a dazzling display in last year’s playoff game, Heinicke is the raw prospect. No one knows what Washington holds with Heinicke; the unknown is exciting. Fitzpatrick is a known quantity, and he will start in Week 1.

Nevertheless, he is on a short leash. Washington certainly sees something in Heinicke and Rivera, and the staff know him well. At some point in a 17-game season, Fitzpatrick will morph into FitzTragic.

At that point, Taylor Heinicke could become QB1 in Landover. Heinicke must excel in training camp, come to work with the right attitude and stay prepared. That is how he can become the starter. The coaches will give him a long leash if he gets the chance. That is Heinicke’s ticket to becoming a certified starting quarterback in the NFL.