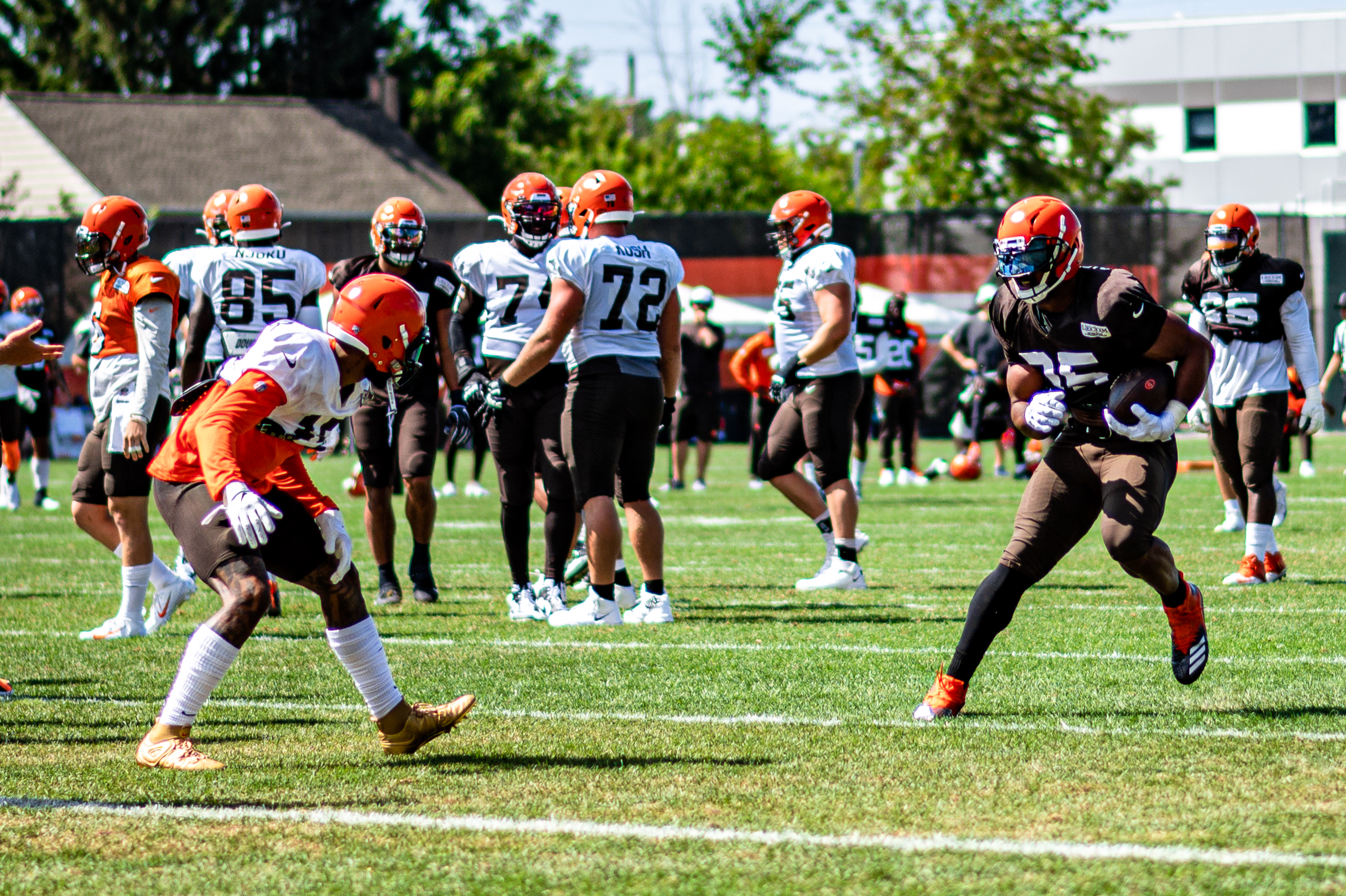 Who has the most talented NFL roster?

Before their 11-5 record in 2020, the Browns had just two winning seasons since their reincarnation back into the NFL in 1999. Since 1999 and excluding the 2020 season, they had a .302 winning percentage, the worst win percentage in that stretch.

Whether it was underwhelming 1st draft picks (Johnny Manziel, Brandon Weeden, Courtney Brown) or lack of structure in the front office and sidelines (10 general managers and 12 head coaches since 1999), success had eluded the Browns for over two decades.

Fast forward to the 2020 season, it was arguably their best season since returning to the league and overall, since 1994, when they also went 11-5 under some coach named Bill Belichick. That 1994 team also lost in the divisional round. This current Browns roster could be the best one in the league.

The strongest part of this offense lies within the offensive line. It was abundantly clear that the focus of this side of the ball was in the trenches. They drafted LT Jedrick Wills, Jr. out of Alabama in this 1st round in 2020 while signing the Titans’ former RT Jack Conklin in free agency that same year. As for the rest of the line, LG Joel Bitonio was drafted by Cleveland in 2014 in the 2nd round, and C JC Tretter, signed in 2017, and RG Wyatt Teller, who was acquired via trade from the Bills made up the best line in the league.

Conklin concluded last season as the highest-graded right tackle in the league at 84.3 overall, and the only right tackle in the NFL to allow a pressure rate under 3.0% on 250 or more pass-blocking snaps (2.9%). Moreover, the improvement of RG Wyatt Teller is telling.

His 92.9 PFF (Pro Football Focus) grade in 2020 also led his position, and it served as a major year-over-year growth from the 56.7 overall grade from PFF in 2019. No guard earned a positive mark on a higher percentage of his run-blocking snaps than Teller did.

Speaking of running, RB Nick Chubb had 1,494 yards on the ground behind this line, good for 7th in the league. It was the most rushing yards in a single season for the Browns since 1999, eclipsing Jamal Lewis’ total of 1,304 in 2007. In total, the Browns had 2,374 rushing yards, 3rd behind the Ravens and Titans.

Their WR core is deep behind multiple Pro Bowlers Odell Beckham Jr. & Jarvis Landry. Entering his 6th year in the league, Rashard Higgins had the 2nd most receiving yards in 2020 behind Landry. He was tied for 2nd with four TD receptions. Donovan Peoples-Jones, their 6th round in 2020 out of Michigan, only had 14 receptions but has tremendous upside. Plus, drafting WR Anthony Schwartz in the 3rd round in this year’s draft gives them a potential starter down the road.

TEs Austin Hooper, David Njoku, and Harrison Bryant are no slouches either. Combined in 2020, they had 886 receiving yards and 9 TDs. Even though most of those stats complied are from Hooper, it does not change how all three can be contributors again this season.

The talent on this defense sells itself but I will resell it to those who do not know. Starting on the defensive line, it begins with their All-Pro DE Myles Garrett. Since arriving in Cleveland in 2017, he has 42.5 sacks, which is 5th in the league. In 2020, he was 6th in the league with 12 sacks. On the other side of the line is former No.1 overall pick, Jadeveon Clowney. If DC Joe Woods and this defensive staff can get that three-year stretch (2016-2018) of his career where he had 24.5 sacks and 57 TFL (tackles for loss), the Browns win big.

Throw in former Falcons’ 2017 1st round Takkarist McKinley and the Seahawks’ 2017 2nd round pick Malik McDowell, there is great depth here.

The interior of the line has DT Malik Jackson gives this line nine years of experience and 35 career sacks, and 61 TFL. DTs Jordan Elliott and Andrew Billings give the line youth and tremendous upside capable of being one of the best defensive lines by the end of the 2021 season.

Their LB core of SAM’s (strong-side LB) Sione Takitaki and Malcolm Smith do not miss a lot of tackles. Middle LBs like Anthony Walker have a chance to shine with more playing time and MLB Mack Wilson can cover the field. The WLBs (weakside LB) of Jacob Phillips and their 2nd round pick, who was a steal in my eyes, Jeremiah Owusu-Koramoah can be immediate contributors.

Lastly, their secondary got better via free agency with John Johnson III could be the best signing of the offseason backed up by getting CB Troy Hill a little later in the process. The Browns’ secondary was abhorrent in 2020. Tackling those issues was of great importance. Johnson has earned no less than an 82.9 PFF coverage grade in each of his healthy NFL seasons and will be an impact player at the strong safety position. Hill will likely be a Nickelback player: not a bass player for the band, just a football player.