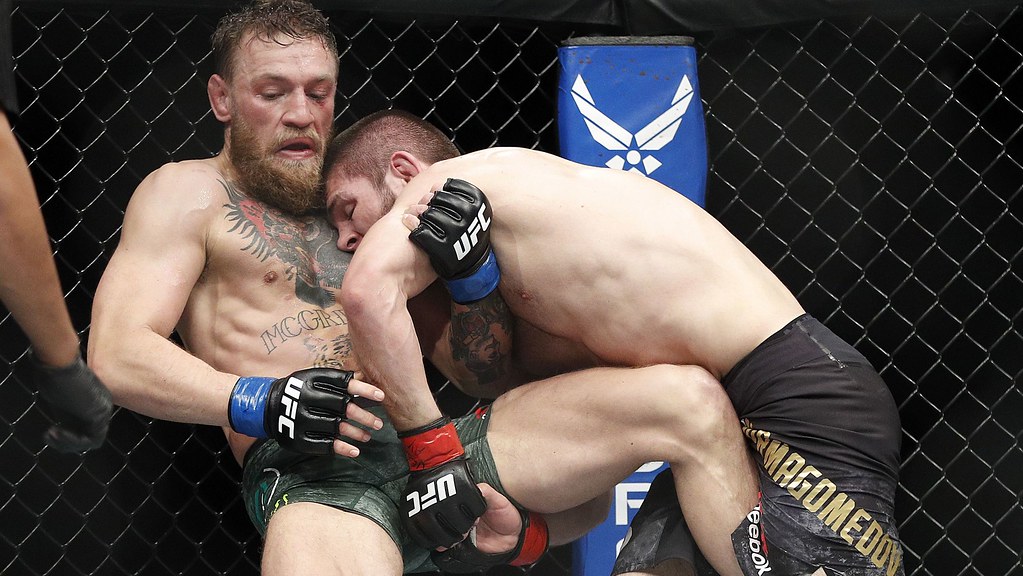 MMA has always been a sport of who heard what? Especially in the age of social media where rumors can spread so quickly and widely. Some of the best stories in MMA are just rumors; Did ‘Krazy Horse’ Bennet knockout Wanderlei Silva backstage in 2005? Does Frank Shamrock owe Dana White money? Did the Nogueira brothers feed a carrot to a bus? Some of these we’ll never know. We’re going to break down and discuss some of the biggest rumors spreading right now. Jake Paul vs Conor McGregor? Francis Ngannou vs Jon Jones? Khabib Nurmagomedov vs Chechen Dictator Kadyrov?

If you are an MMA fighter with fledgling career success or just need money, calling out Jake Paul might be the right move for you. Ben Askren made approximately $800,000 over three UFC fights but got a guaranteed $500,000 plus a cut of sales for his one-round fight the Paul brother. Fighting YouTube stars may be a lucrative industry.

But who will Paul fight next? The biggest rumor spreading is Conor McGregor. The Irish fighter last year was preparing for a boxing match with legend Manny Pacquiao when he was side-lined by getting knocked out by Dustin Poirier at UFC 257. McGregor is the biggest selling MMA fighter in history according to his UFC pay-per-view sales, plus his massive blockbuster fight with Floyd Mayweather.

McGregor recently called out Jake Paul on Twitter saying “UFC high level fighting > Blogger jackass boxing.” The YouTube star had already called out McGregor several times on video, even going as far as offering the Irishman $50 Million for the fight. It is a massive money fight, and it is a massive rumor.

In addition to Mcgregor, most MMA stars have now called out Paul including Chuck Liddell, Kamaru Usman, Chris Leben, and many others.

The timeline of this fight has been a saga. Ten years ago when Jon Jones became the light heavyweight champion he teased that he would move up to challenge at heavyweight. In those ten years, he never did. But within those ten years, Francis Ngannou left his Cameroonian home, was imprisoned in Morocco, homeless in Paris, and became a UFC champion. Now, Jones claims he’s ready to move up to heavyweight.

It’s a great match-up with a huge swell of hype and excitement behind it. Unfortunately, this fight may end up like St-Pierre vs Silva, or Ferguson vs Nurmagomedov, or Emelianenko vs Couture, the great fights that never were.

Ramzan Kadyrov, Head of the Chechen Republic, and the first Russian-born UFC champion in history Khabib Nurmagomedov, of Dagestan, were once the best of friends. Photos together, dinners together, visiting gyms together, the best friend activities. But recently their relationship has fallen. Kadyrov recently had some words for the undefeated 29-0 fighter Nurmagomedov.

“Khabib is a good athlete, but he is a UFC project. He is 100 percent a project because they have a good relationship with Dana White. If someone misses a fight, they are immediately removed from the rating, and Khabib has never been removed from the rating. And he also knows that he is a UFC project. If it is not a project, then I have never seen our brother Khabib perform with the flag of the Russian Federation, the flag of Dagestan.” Kadyrov said during the Instagram live chat recently. But, what happened to their best friendship?

“While Kadyrov and Nurmagomedov maintained friendly ties for several years, their relationship soured in August 2019 when Kadyrov claimed that Imam Shamil””the Dagestani native who served as the leader of the Caucasian resistance to Imperial Russia in the 1800s”” and the resistance he mounted against Russia led to the “annihilation of the Chechen people.” Kadyrov’s comments drew outrage across Dagestan and led to increased tension between the two Caucasian republics.”

According to Karim Zidan https://www.bloodyelbow.com/2021/5/18/22440668/khabib-nurmagomedov-ramzan-kadyrov-imam-shamil-chechnya-mma-politics-feature

Kadyrov continues, “I am ready to pay Khabib any fee if he performs at Akhmat,” Akhmat is his MMA organization. “I am ready to give any money and see if he breaks anyone in Akhmat. I am ready to pay him more than in the UFC if he fights in Akhmat against one of our fighters. Let’s see who will win it.” Khamzat Chimaev even offered to “Smash” Khabib on behalf of Kadyrov.

So, where will this go? Will the two ever work out their differences and become friends again? Will Khabib compete in Akhmat or with Chimaev? These are questions we do not know the answer to.

MMA as a sport is a busy rumor mill sometimes and can be some work to keep on all the happenings. What fights are rumored, who called out who, and who’s fighting who? We’ll keep you up to date on the biggest rumors.

Rookie Elijiah Moore is in a fantastic spot
3 reasons why Washington will lead the NFL in sacks
wpDiscuz
0
0
Would love your thoughts, please comment.x
()
x
| Reply