5 Under The Radar NFL Head Coaching Candidates For 2022 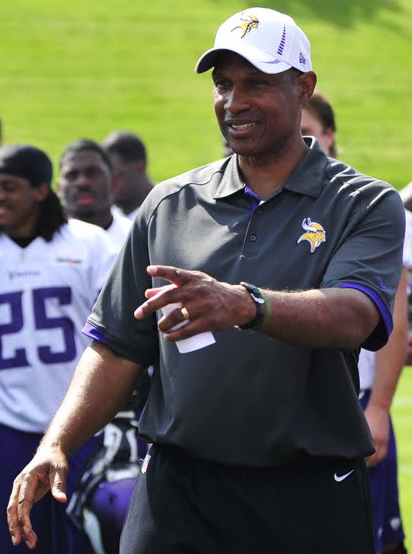 Piecing together a quality NFL team is difficult. To win a championship, you generally need quality players, quality management, and quality coaching.

But while most of the top candidates are generally offensive or defensive coordinators, this isn’t always the case. Just this past year, Dan Campbell was hired to be the Detroit Lions head coach after serving as the New Orleans Saints assistant head coach/tight ends coach from 2016-2020, and David Culley was hired to be the Houston Texans head coach despite spending most of his career as a wide receivers coach. Teams are looking to find their franchise’s head coach early on and taking more shots on guys with less experience. This article will dive into five current NFL coaches who aren’t currently being talked about as NFL head coaching candidates but easily could find themselves in a position for a head coaching job within the next couple of years.

There has been a lot of talk about Buccaneers’ coordinators Todd Bowles and Byron Leftwich building resumÃ©s that make them strong head-coaching candidates in the future, but the Buccaneers also have a third coach who should be considered for head coaching positions: assistant head coach Harold Goodwin. Goodwin has the traditional experience of being a coordinator prior to applying for head coaching jobs, spending time as the offensive coordinator of the Arizona Cardinals from 2013 to 2017. During the time that Goodwin was the offensive coordinator of the team, the Cardinals had one of the most dangerous offenses in the league.

Having previous success as an offensive coordinator in itself doesn’t indicate that someone is a good fit to be a head coach – after all, Pete Carmichael Jr. (New Orleans Saints Offensive Coordinator) would have been hired years ago if that were the case. Skills like communication, leadership, management, and organization are also very important abilities for a head coach to have if they want to be successful. Back in 2017 when Harold Goodwin received a few head coaching interviews from NFL teams, Tampa Bay Buccaneers head coach Bruce Arians emphasized the importance of those skills to those teams stating, “You’re not hiring a playcaller. You’re hiring a leader of men. You’re not hiring a playcaller, you’re hiring a head coach. He will hire a playcaller, but you’re looking for a man to lead your team and lead your organization. There are a few us that call plays, very few, so don’t hire an offensive coordinator. Hire a head coach.”

Harold Goodwin has been developing the skills necessary to be a head coach dating back to his college days at Michigan (graduated with a degree in management and communications) and should be in the mix for a head coaching job in 2022.

It’s no secret that the Kansas City Chiefs have been one of the best teams in the NFL since Patrick Mahomes became the starting quarterback. And when a team has success, their coaching staff tends to get poached by other teams looking to get a piece of that success. Eric Bieniemy will likely be one coaching staff member that gets poached from the Chiefs in 2022 but do not be surprised if the Chiefs quarterbacks coach and passing game coordinator Mike Kafka also gets offered a head coaching position. Kafka has been the Chiefs quarterbacks coach for nearly the entirety of Patrick Mahomes’s career thus far, joining the team in 2018. He has the relatability factor with players, having played quarterback in the NFL for the Philadelphia Eagles (2010-2011) and Tampa Bay Buccaneers (2014). He also will be just 34 years old at the start of the 2021 season, and some teams may look at him as the next great young offensive-minded coach like Sean McVay, Matt LaFleur, or Kevin Stefanski.

Sean Desai will be the Chicago Bears’ defensive coordinator in 2021 after Chuck Pagano retired. Desai has been the Chicago Bears, coaching staff, for a while, previously spending time as a defensive quality control coach (2013-2018) and safeties coach (2019-2020) for the team.

Despite the Los Angeles Chargers’ struggles over the past couple of years, Shane Steichen did a pretty great job as an offensive coordinator in his first 24 games in the role for the team and helped Justin Herbert have one of the best rookie quarterback seasons in NFL history.

Now Steichen is with the Philadelphia Eagles on Nick Sirianni’s coaching staff. If he can design an offense around quarterback Jalen Hurts that helps Hurts improve upon his 52% completion percentage he should get some strong looks as a head coaching candidate in 2022.

*College statistics include sacks as a rushing statistic

Why the Giants will be the most improved team next year
3 underrated offseason moves by the Colts
wpDiscuz
0
0
Would love your thoughts, please comment.x
()
x
| Reply