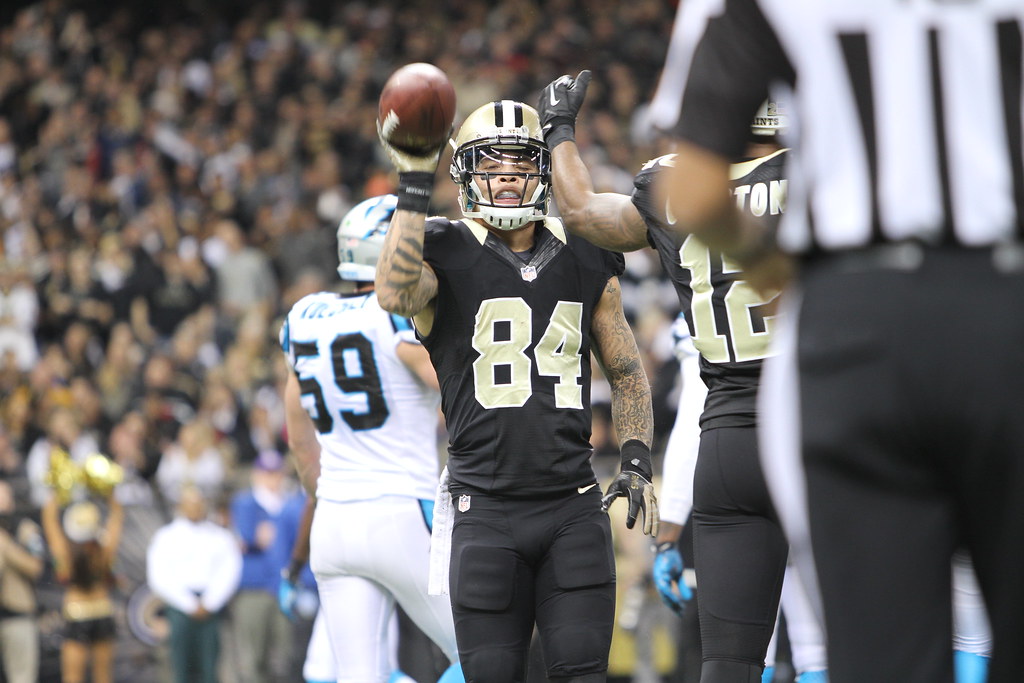 What team will Kenny Stills play for this season?

One of the top remaining NFL free agents who have yet to sign with a team for this upcoming season is Kenny Stills. The 29-year-old speedster could definitely help a team looking to stretch a defense and he should come at a relatively cheap price for his services. He has carved out a solid career for himself as a deep threat through 8 seasons spread out across the New Orleans Saints, Miami Dolphins, and Houston Texans.

His reputation as a home run hitter is verified by his statistical measures. For his career, he has an impressive 15.6 yards per reception to go along with 37 touchdowns across 117 games played. The longest reception of his career was for 76 yards and he has recorded multiple receptions for over 60 yards. He is a true vertical threat for whatever offense he is a part of and he has the numbers to prove it.

As the offseason continues to wind down to the kickoff of the 2021 NFL regular season, teams are finalizing their rosters by adding finishing pieces and applying the final touches. Kenny Stills will be an immediate contributor for the team that decides to acquire him for their upcoming campaign. These are his top 3 landing spots.

The Detroit Lions are a team that is in the middle of a complete rebuild. Most notably, they will enter this upcoming season with a brand new head coach in Dan Campbell as well as a new quarterback in Jared Goff after a blockbuster trade that sent long-time starter Matthew Stafford to the Los Angeles Rams. The Lions also lost their top two wide receivers from last year, Kenny Golladay and Marvin Jones, to free agency.

In a brand new passing offense, the Lions have filled out their wide receiver room with a mix of youth and veterans. They drafted Amon-Ra St. Brown out of USC and Sage Surratt from Wake Forest while also signing veterans such as Breshad Perriman and Tyrrell Williams. In addition, they brought in Jamaal Williams who is a running back that is very effective in the passing game. It’s not exactly an elite group by any means but the organization is at least trying to help their new quarterback by adding targets around him.

Kenny Stills would not only be a huge help for the Lions, but he would arguably be the best wide receiver on their roster if they do decide to sign him. The biggest way he would help them is by opening up the field for their two featured players on offense, tight end TJ Hockenson and running back D’Andre Swift. The vertical threat of Stills forces the opposing defense to play further back, which would result in more space to operate underneath. Stills is a good fit in Detroit and would likely get a decent target share.

The Tennessee Titans are a team that has made the postseason in consecutive years but is now looking to take the next step. They want to go from a playoff team to a Super Bowl contender so they decided it was time to tweak their offense. They did so by making a huge trade with the Atlanta Falcons and acquiring Julio Jones, who is one of the best wide receivers in the entire NFL. This brings their offense to a new level and creates some serious match-up problems for opposing defenses.

Jones will join a staff of offensive weapons that already includes AJ Brown and Derrick Henry. Quarterback Ryan Tannehill is most effective in the play-action passing game which is set up by the dominant running game of Henry, who is the defending rushing yardage champion. The major problem that Jones is going to create for defenses is where the safety help will go. Leaving either Brown or Jones in constant single coverage is a losing proposition and without a stacked box versus the rushing game, Henry is going to have his way.

This nightmare situation for the opposition is going to cause them to pick their poison in many scenarios. It will be extremely difficult to keep Henry, Brown, and Jones all accounted for but the Titans have an opportunity to further improve their offensive personnel by adding Stills. The only thing really missing from their current scheme is that true vertical threat and that is exactly what Stills specializes in.

If the current situation causes serious issues to defenses, then adding Stills will bring it to another level. The safeties would be forced to respect his speed in the deep game because if they don’t then Stills will burn them for huge chunks of yardage. This would open up the field for both Jones and Brown to operate at will while also creating more rushing lanes for Henry. They have real potential to be a top-five offense this season, as well as a true contender in the AFC, and Stills could help them get there.

The Chicago Bears are coming off a strange year in which they finished the season 8-8 but still made the playoffs. They have one of the better defenses in the league but their offense left much to be desired last season. A big reason for that was the abysmal play at the quarterback position between both Mitchell Trubisky and Nick Foles. Determined to fix this serious problem, they signed veteran Andy Dalton and drafted their quarterback of the future in Justin Fields out of Ohio State.

The Bears do have some bright spots on offense including a star receiver in Allen Robinson, a breakout running back in David Montgomery, a dynamic Tarik Cohen, and a receiver with potential in Darnell Mooney. All of these weapons were already on their roster, so they haven’t really done much to improve offensively this offseason besides the big changes at quarterback. This is where they have an opportunity to bring in something new and fresh like Stills.

The skillset of Stills is something that the Bears roster does not currently have. There is nobody on offense to truly stretch the field in the way that Stills can. His game would greatly help their offense in a variety of ways including more rushing lanes for Montgomery, screen opportunities for Cohen, and taking some of the pressure off of Robinson to create everything on his own against constant double coverage. Finally, and maybe most importantly, is what it could do for Fields. He was an excellent deep passer in college so Stills could help unlock that weapon for him on the NFL level.

New Orleans Saints: What does the QB and WR position look like?
Why the 49ers make a lot of sense for Davante Adams
wpDiscuz
0
0
Would love your thoughts, please comment.x
()
x
| Reply