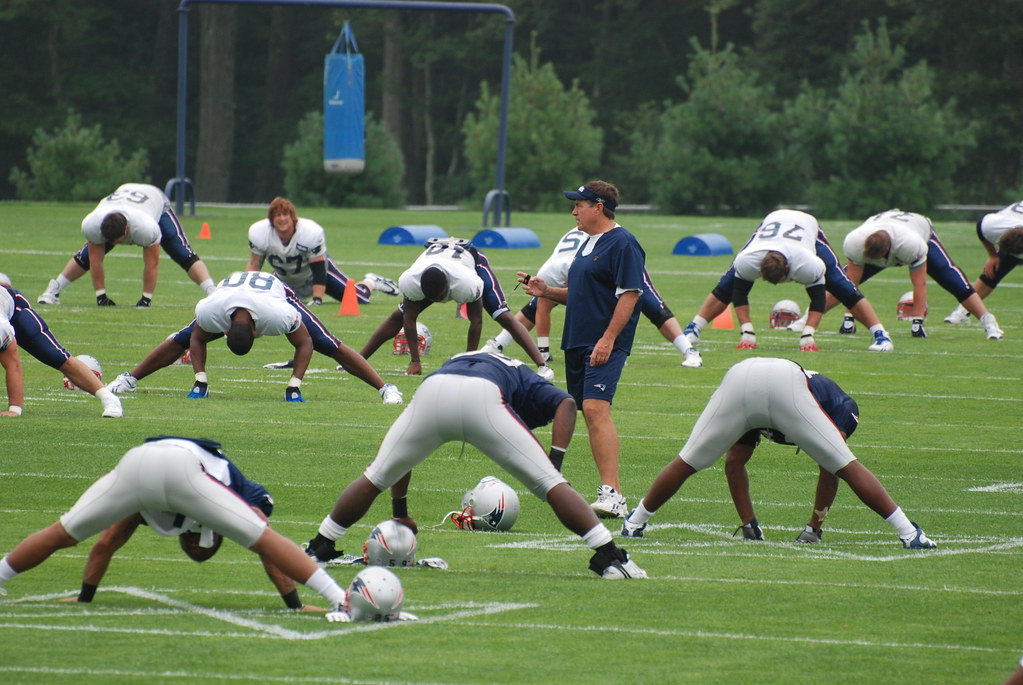 Josh McDaniel can be the next Patriots HC

All good things must come to an end. Nothing lasts forever. When one door closes, another one opens.

Whatever phrase you want to use, it doesn’t make it hurt any less for Patriots fans. Bill Belichick’s time as head coach has begun to wind down. Brady won without Belichick, but could the opposite happen? That is a question for another time.

I am here to answer another question—a question sitting on the sidelines for too long.

No one wants to think about it. The Patriots added a ton of star power during the offseason. Belichick is not leaving anytime soon. However, a particular coordinator refused to accept the Colts head coaching vacancy after taking it hours before. Also, Belichick brought back a former coordinator on his coaching staff after a disastrous first try at being a head coach. They returned with a purpose.

Josh McDaniels will be the next head coach of the New England Patriots. It’s the obvious answer to the giant elephant in the room. Belichick cannot coach forever; he knows that. He has been planning this for a long time. McDaniels is the prodigal son; what other reason is there for him returning to New England in 2012?

How long has McDaniels coached under Belichick?

In 2001, the New England Patriots shocked the world, winning their first Super Bowl in franchise history against “The Greatest Show on Turf.” It was also the same year Josh McDaniels became a coach in the NFL. First, McDaniels coached under Belichick as a Personnel Assistant, eventually moving up to QBs coach.

McDaniels has witnessed coordinator after coordinator receives head coaching jobs, so he decided to get one himself. In 2009, he became the head coach of the Denver Broncos. He started 6-0, including defeating his former boss at Mile High. Unfortunately, McDaniels celebrated the victory a bit too hard.

It was Week 5. Not the best look for a rookie head coach. Even Belichick would agree.

His looks speak volumes. He cannot believe what he is watching. The face seems to give off an impression of doubt McDaniels took on such a big job too soon in his carrer.

Ironically, this would be McDaniel’s peak moment of his season. The Broncos started losing, eventually missing the playoffs. McDaniels was fired after the 2010 season.

McDaniels returned to coaching in a different role under the famous Steve Spagnuolo in St.Louis, then picked back up by Papa Belichick in 2012. His plan began to formulate in fruition. The next head coach of the Patriots was back in the building.

McDaniels returned to his former role with the addition of play calling in 2012. Belichick knew how to get the best out of his coaches, especially McDaniels. He had his old job back but tacked on with the most critical role on gameday, calling plays for the greatest quarterback of all time. He added more hardware to his shelf, winning three more Lombardis in four appearances to the Super Bowl in five years. Insanity.

As I mentioned above, McDaniels has seen it throughout his time in New England. He returned for a specific reason. He was being groomed to take over for Belichick. I have been saying it for the past few seasons. The writing is on the wall; I cannot be the only person reading it, right?

Why is McDaniels interviewing for other teams then?

It is the first thing I am asked when I bring the topic up in conversation. Josh McDaniels interviewed for multiple head coaching jobs since the Patriots’ second dynasty began in 2014. In fact, Josh McDaniels accepted the Colts head coach vacancy in 2019, which he backed out of the day before he would be sworn into office. A very Belichick move by one of his soldiers; did McDaniels have the same intentions?

In January 2020, Sports Illustrated writer Devon Clements wrote about the incident, noting how he declined at the last minute because Kraft wanted him to be the heir to the throne. However, the reason was debunked by NFL personality Albert Breer, stating how it had to do with football logistics, meaning its day-to-day operations. There was a disagreement; McDaniels walked away.

Since then, McDaniels has interviewed for head coaching jobs but has not accepted one. It was even reported that Belichick refused McDaniels to move up head coach interviews a week, even though They lost in the Wild Card round already. Why?

Belichick is playing a mind game with the NFL. He always wants to have the upper hand. So allowing McDaniels to interview for jobs signals to other teams McDaniels is not off-limits. However, the actual interview begins after McDaniels sits down for his interviews.

The interviews are just more opportunities for McDaniels to gain experience. Belichick knows this and wants to see how much he retained. Also, it will get a sense of how they can improve their offense within the talks.

The New England Patriots are transitioning into a new beginning. Brady returns to Gillette in another uniform in October. Belichick turns 70 in a year. McDaniels brings the perfect amount of old school and a contemporary era. When he turned down the Colts’ head coaching job, he accepted another one. I believe McDaniels will carry on Belichick’s legacy with honor and even a few more Lombardis to add to the stadium’s hall of fame. Who else to bring Patriots Nation into the next chapter than someone who has been there throughout it all. It makes sense; don’t overthink it.