How the dynasty tight end landscape is about to change 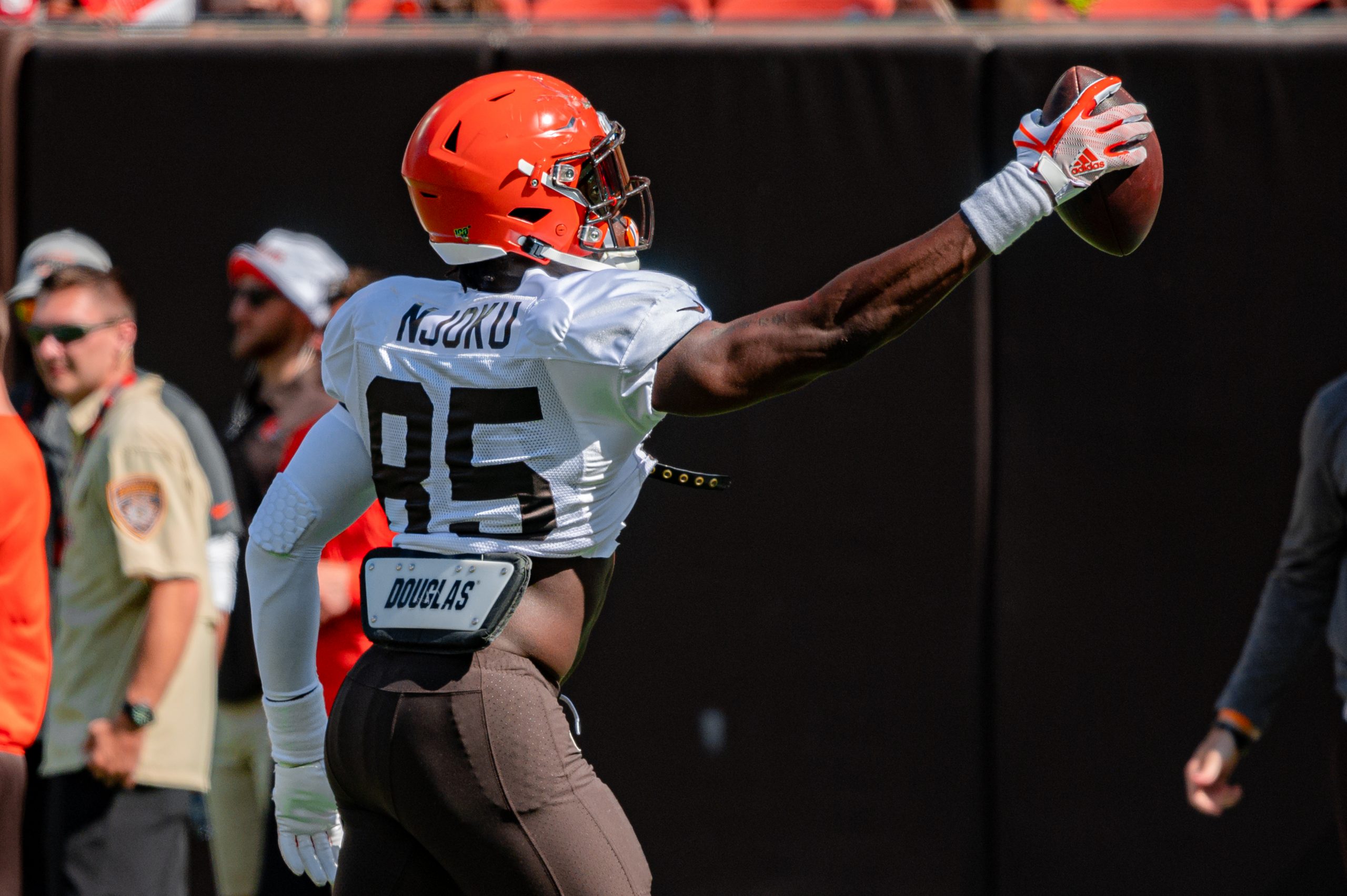 There has been growing importance among the fantasy football community about having one of the top 3 fantasy tight ends, and how it gives you an extreme positional advantage. Many dynasty leagues are now tight end (TE) premiums (where tight end receive more points for production), which if you are in one of these leagues, prepare for the shift. In redraft, we’re seeing Travis Kelce picked in the first round when not too long ago, picking a tight end in the first three rounds would have been frowned upon. But now, we really need to be aware of how the tight end landscape is about to get set on fire, and how it could affect dynasty rosters.

There are more relevant fantasy tight ends whose contracts expire after the 2021-2022 season than has ever been in an off-season. Who are they, their TE finish last season in PPR scoring, and how it affects the landscape:

Mark Andrews (TE #6): Finishing as a top 6 TE in back-to-back season, Mark Andrews is entering his fourth and final season with Baltimore. It appears we will see a better passing attack from the Ravens in 2021, which could bode really well for this touchdown machine. If the Raven’s fail to extend him, and Andrews tests the free-agent market, he could find a team willing to out-pay the Ravens, which leaves a big hole in Raven’s offense for someone to fill, but also would likely dethrone the tight end in Andrew’s new destination.

Dallas Goedert (TE #20 in 11 games; paced to be TE #9): in a year with the horrific quarterback play, they’re did shine a glimmer of hope to what Goedert could become as the lead TE in the Philadelphia offense. Goedert quickly became Jalen Hurts’ favorite target, but that could be irrelevant if Zach Ertz remains in Philly. If the Eagles fail to trade Ertz, it may leave a sour taste in Goedert’s mouth, as it would show the team really does have full confidence in him. Not only would Ertz ruin Goedert’s dynasty managers’ expectations for the upcoming season, but it would lead to Goedert and Ertz being out of Philly after 2021, especially if Goedert wants to go to an even paying team, who will use him more.

Mike Gesicki (TE #7): The Dolphins just spent a third-round draft pick on promising TE-talent Hunter Long and extended TE Adam Shaheen in the middle of last season, which both appear like preparation moves to be without Gesicki in 2022. Gesicki would be another extremely talented TE on the market, who has shown nothing but constant improvement and has set himself up nicely to earn a big cheque.

Evan Engram (TE #15): What was a disappointing result on 109 targets (4th among TEs in 2020), the Giants did show they want to continue to use the TE or was it only a product of no other quality receiving options. They paid a lot of money for Golladay, have endless faith in RB star Saquon Barkley, and just picked wide receiver Kadarius Toney in the first round. But that’s not all, they also signed veteran TE Kyle Rudolph to significant money ($6,000,000/year,) and with the investment in receivers, it’s increasingly seeming that Evan Engram will be faded from this offense. It would be very surprising to see Engram be of any consistent relevance this season, but he is worth holding onto regardless of his 2021 production. Engram is a former first round pick, a freak athlete, and has Daniel Jones to blame for his recent lack in production. It would be shocking to not see another team willing to take a chance on him and give him a fresh start.

Gerald Everett (TE 24): If you’re invested in the fantasy community, you’re aware of the recent surge for Gerald Everett as a sleeper/breakout TE in 2021. Russell Wilson has been well known for producing relevant TEs, but in recent years, the Seahawks have failed to find one that can stay healthy for 16 games. Gerald Everett put up 7 catches for 135 yards against the Seahawks a few years ago, and Pete Carrol was quick to mention how amazed he was by Everett’s play that game. Everett was snagged by the Seahawks on a one-year deal (likely Everett playing the money side of things with the low cap space) and now has the offense and the quarterback to put up massive numbers, in a scheme that has been friendly to the tight end in the past. It would be fun to see Everett be either extended by the Seahawks or re-challenge the free-agent market if he does end up producing top-10 tight end numbers.

Robert Tonyan Jr. (TE #4) and Logan Thomas (TE #3) are both coming off breakout seasons. Neither of these names was on draft radars a season ago and became league-winning waiver wire adds. Both TEs are coming off seasons where they were a top-3 receiving option for their teams. Green Bay and Washington both added receiving options and have other receivers coming back from injury. These TEs have lost some steam over the off-season, and it would not be all that surprising to see them leave their current teams in 2022.

David Njoku (TE #47) and O.J Howard (TE #58 paced to be TE #14: 4 game splayed): Both drafted in the first round showing lots of promise with their athletic profiles, and both producing top-15 TE value in their second years in the league have also both fizzled out recently and have experienced significant injuries. In 2021, these two guys will face solid competition for snaps and targets at TE in their respective offenses. It be interesting to see how many teams are willing to give them a second chance based on their athleticism and flashes of promise.

Anthony Firkser, Maxx Williams, Rob Gronkowski, C.J Uzomah, all appear to be in “filler” roles at TE. This is not taking anything away from Gronk’s 2019 performance, as he outproduced most expectations, but these four TEs are all part of explosive or efficient offenses and it would not be surprising to see their respective teams replace them with younger, promising talents to add even more weapons to their offenses, especially with some of the talented free agents hitting the market.

Mo Alie-Cox, Eric Ebron, Jared Cook, Jordan Akins are other TE names to think about, as in all their cases, their respective teams have spent draft capital on rookie TEs, all with the potential to succeed and take over the TE role for these teams. Ian Thomas, Zach Ertz, Jimmy Graham, Chris Herndon, Dalton Shultz, are also on the list of 2022 free agent TE and deserved a mention.

To summarize this cluster of information on how to apply it to the dynasty managing world, latch on to a high-end prospect ready to hit the open market and bank that their talent will earn them a hot landing spot. Another angle to take is to acquire one of the already established TEs, whose roles, volume, and production are not in question for the next couple of years (Kelce, Kittle, Waller, Hockenson”¦?). After acquiring one of these studs, you can sit back, relax, and watch your league go crazy about the TEs in free agency next off-season.

Why the New England Patriots should sign Clay Matthews
Dynasty: 3 WRs to trade for
wpDiscuz
0
0
Would love your thoughts, please comment.x
()
x
| Reply