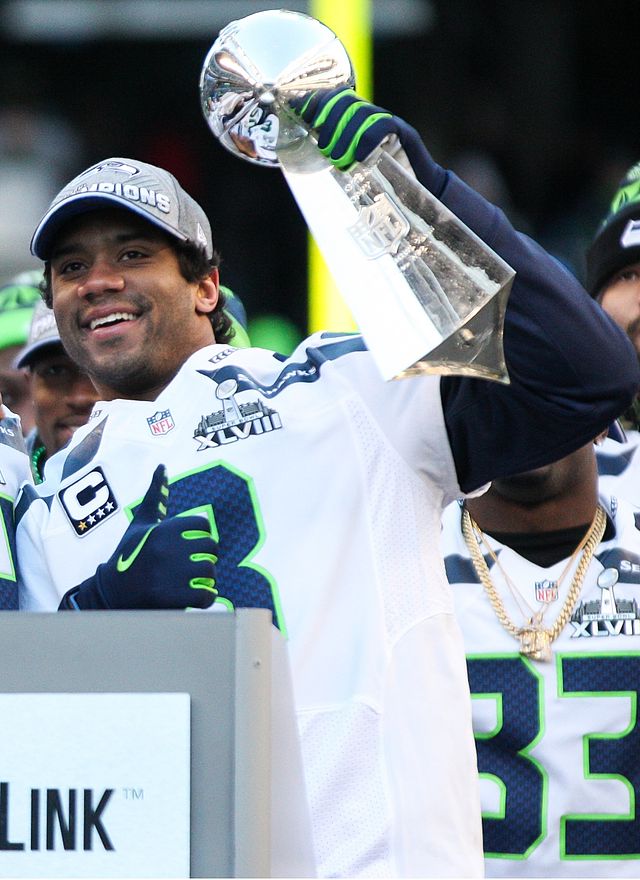 Russell Wilson is a monster darkhorse MVP candidate in 2022

The Denver Broncos quarterback Russell Wilson has won a Super Bowl and unleashed nine winning seasons in his 10-year career. Although, he has never received a single MVP vote in his career. With that said, I’m going to untwine three reasons why the former Seahawks QB that escaped to Denver could win his first MVP next season.

The most recent MVP winner was Aaron Rodgers, as he led his team to grab the first seed in the NFC last season (and the season prior). I believe that a dominant Russell Wilson could enjoy an unusual amount of victories with the Broncos and SI Sportsbook agrees. SI Sportsbook recently pegged the Broncos with the third-best odds to reach the big dance (behind Buffalo and Kansas City). I also believe that Wilson could be the wisest QB amid the signal-callers with potential juggernaut rosters next season, which leads me to my second case in Wilson winning MVP in 2022.

Wilson may not be Drew Brees, but he is a very capable rushing QB with special clutch ability, and he can also unveil a low number of turnovers in a season. For example, he only ousted six interceptions in 2021. Meanwhile, Patrick Mahomes sadly threw 13 interceptions (with Tyreek Hill) and Josh Allen threw 15 interceptions in 2021. The non-Broncos QBs could unveil unearthly numbers, but Wilson may be more respectable with significantly fewer interceptions.

The MVP race last season was tight between Aaron Rodgers and Tom Brady. Well, I believe it may be time for Socrates and Aristotle to take one step back next season. Rodgers won’t have a Top-3 WR in Davante Adams and TB12 may not have Gronk. I believe the rise of the entire AFC West QB group, Joe Burrow, Lamar Jackson, Josh Allen, and Matthew Stafford will steal the show moving forward. Plus, I don’t expect TB12 to not be swept by the Saints (and drop a couple of other match-ups at least) next season.