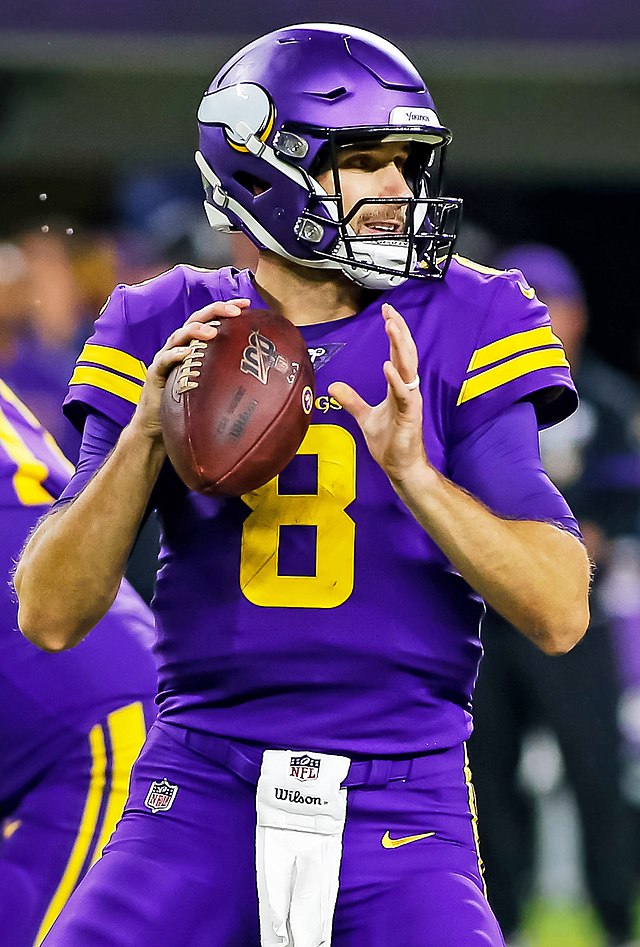 Cousins is underrated in 2022

The Minnesota Vikings quarterback Kirk Cousins has really blossomed over the past two seasons. Cousins threw a career-high 35 passing touchdowns in 2020 and then unveiled 33 touchdowns (second-most in his career) in 2021.

Despite the Vikings QB unleashing superb numbers in 2021 (and 2020), he hasn’t garnered high praise from numerous well-reputable faces in the football community. Chris Simms of Pro Football Talk ranked Cousins as the 16th best QB (which is one spot behind Ryan Tannehill). I’m quite positive that Cousins is more lethal than Tanny – who threw 21 touchdowns to 14 interceptions in 2021. There have also been trumpets in Tennessee for Malik Willis to start as soon as possible.

I honestly love the outlook for the Vikings QB, as well. He gained an intense, creative HC in Kevin O’Connell this off-season – who will look to be the next young, offensive play-caller to jump-start his offense.

Justin Jefferson (who nicely went from 1,400 yards and 7 touchdowns as a rookie to 1,616 yards and 10 touchdowns in his second season) is also a popular choice to be the next WR to win OPOY.

There is an underrated factor in Cousins’s long-term outlook: the looming retirement of Aaron Rodgers. It would be an understatement to say that A-Rod has owned the NFC North in recent memory. The Vikings should already feel delighted that Davante Adams has exited the division. After Rodgers hangs up his cleats and makes a reservation to Canton in potentially 2023, Cousins and the Vikings should feel quite confident about being the new, annual NFC North champion.