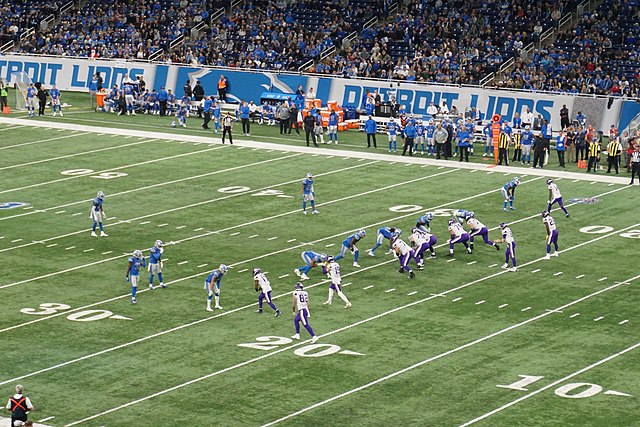 The Minnesota Vikings have a Pro Bowl-caliber QB in Kirk Cousins and top-end firepower on their offense in Justin Jefferson, Dalvin Cook, Adam Thielen, and Irv Smith Jr. Although, they don’t exactly have a surreal offensive line. PFF ranked the Vikings offensive line as the 19th best offensive line in the league. The Vikings OL consists of Christian Darrisaw, Ezra Cleveland, Garrett Bradbury, Ed Ingram, and Brian O’Neill.

The LT Christian Darrisaw notched a 71.9 grade (with 5 sacks allowed) by PFF last season — which isn’t bad for a rookie. He also missed five games last season. The healthy 23-year-old and 2021 first-round pick could really blossom in his sophomore season.

The Vikings need more consistency from their LG Ezra Cleveland. He was famously PFF’s number one ranked player in Week 12, but he did have his weak moments. Although, he was an actual iron-man player for the Vikings – as he didn’t miss a single snap in 2021. If he has a quality 2022 season, it may be wise for the Vikings to extend him next off-season.

The center Garrett Bradbury was notably the first player in Vikings history to start all 16 games at center. Nonetheless, the player that was once thrown into the fire as a young starter hasn’t nearly been productive enough for the Vikings. The Vikings expressed their distaste for the center – as his fifth-year option was declined. He certainly needs to have a strong 2022 campaign.

The Vikings showcase Ed Ingram and Brian O’Neill on their right side of the OL. Ingram was the Vikings second-round pick in the 2022 draft and he may just be the x-factor on the OL moving forward. He registered the best pass blocking grade (82.6) by PFF among SEC guards last season.

Brian O’Neill was a modest RT last season (1 sack allowed and a 73.4 grade by PFF). Josh Frey from the Purple PTSD nicely picked O’Neill as the most underrated Viking heading into the 2022 season. He inked a hefty five-year extension for $92.5 million in September of last season.

The Vikings may not have a favorable ranking by PFF, but they were absolutely able to keep Kirk Cousins upright last season. They allowed the fifth-least amount of sacks in 2021. If they can have early production from Ingram and Cleveland can stay healthy, they should be able to do another superb job of keeping Cousins safe in the passing game.