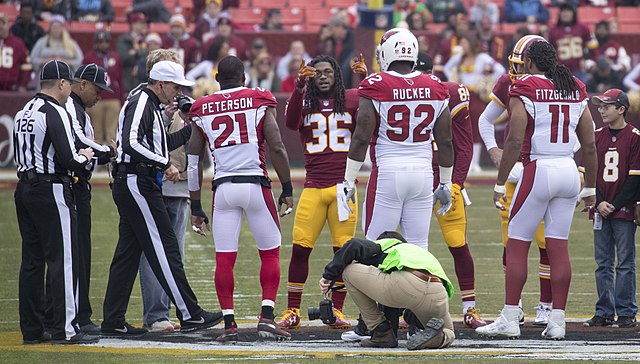 Will Patrick Peterson be cast into the Hall of Fame?

One of the age-long debates you can have for any great player, who is fringe elite, is are they a Hall of Fame player?  This will be the debate had when cornerback Patrick Peterson retires, as he has the stats and career to back up an induction, but will he make it?  In this article, I will be going over whether or not Peterson should be inducted into the Pro Football Hall of Fame in Canton, Ohio, and why I believe he should or should not be.  So, let’s dive right into it.

Has Patrick Peterson made enough of an impact to be a Hall of Famer?

Patrick Peterson, simply put, is one of the best cornerbacks of this era, and I believe fans do not realize how phenomenal he has been.  His longevity alone is a major factor in this discussion, as he has played in 11 seasons, with another coming in 2022.  In these 11 seasons, he has played 167 games, starting all 167, which means he has only missed 11 games in his career, playing 167 of a possible 178.

Statistically, he has the stats to back up a Hall of Fame induction, with all of the following accomplishments:

A statistic that is somewhat interesting to look at is the ProFootballReference HOF Monitor, which gives player a grade on their statistics and compares them to every player at all time.  Patrick Peterson ranks 27th all-time among DBs currently in this, only 2 DBs with a higher grade were not Hall of Famers, those being Darrelle Revis (not eligible until 2023) and Ronde Barber (semifinalist each year since eligibility).

Now, is this a flawless metric?  No.  But if we are talking purely on a statistical basis, Patrick Peterson should be a Hall of Famer.  Now add in the 8 straight pro bowl appearances, 3 all-pro first-team nominations, all-2010s team nomination, and longevity, and there is a robust case for his Hall of Fame induction.