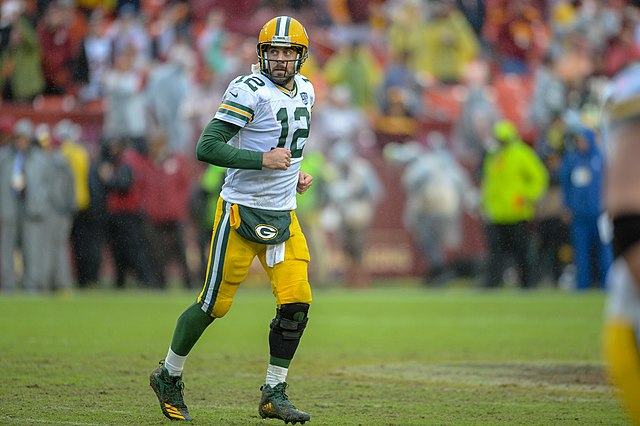 The four-time MVP & potential Led Zeppelin stan, Aaron Rodgers, is battling the darkhorse Super Bowl contender in the Dallas Cowboys in Lambeau today. The frozen tundra will witness A-Rod attempting to revive his 3-6 squad & his less-than-productive season (14 passing touchdowns, 7 interceptions, and an 89 QBR). His 89 QBR is a career-low in a 16-game season. Yes, you read that correctly. Given Rodger’s struggles, Jason La Canfora questioned if the Pack should consider benching Rodgers in an article for the Washington Post.

It may seem like it can’t be a coincidence that Rodgers is struggling at the age of 38. Of course, the NFL is laying eyes on Matt Ryan (37 years old) and Tom Brady (45 years old) also looking less than scary in 2022. I do believe that TB12, who is the same age as John Cena, is partially slowing down due to his age.

With that said, I don’t really blame A-Rod for his 2022-2023 outcome. The Packers were hardly aggressive to acquire fresh talent for Rodgers this prior off-season. Strangely, the Packers tried and failed to make a last-ditch effort to help their field general at the trade deadline. It seems puzzling that they felt Rodgers could win a Super Bowl ring this season with a WR group that is less prominent than the Colts WR room.

It may be fun to poke at the eccentric, somewhat egocentric Packers QB1, but I think he deserves to still be regarded as a Top-5 QB of all time. I honestly believe his modern-day struggles are largely due to his lack of weaponry — which failed to shine without Davante Adams — who was third in targets last season and first in targets in 2020.

If Lamar can’t link up with Sean Payton next season, it may be in Rodgers’s best interest to hook up with the offensive, creative, genius (assuming Rodgers plays beyond 2022). It’s not disputed that Rodgers is given pedestrian ammunition in Alcatraz, also known as Green Bay. A-Rod failed to throw more than 30 touchdowns in 2018 and 2019, yet he managed to crank up the heat by winning MVP in 2020 & 2021. I still believe in Rodger’s arm ability, charisma, and awareness in the right situation — which doesn’t appear to be in Titletown.