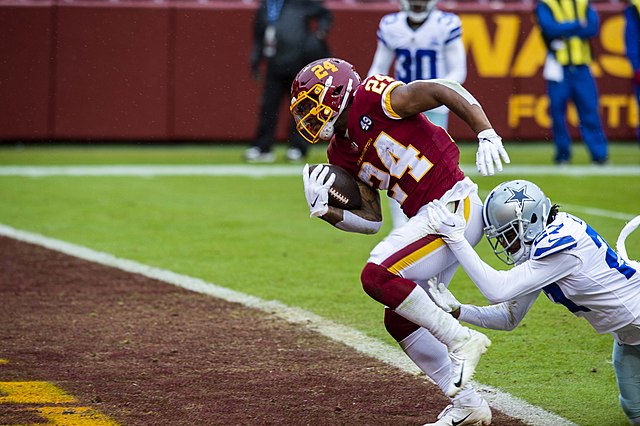 Players to sit in Week 11

Once benched for Brian Robinson Jr., Antonio Gibson has been a solid contributor the past few weeks for the Commanders. In the past four games, Gibson has been averaging over 14 FP per game and has been a solid pass-catcher, especially on third downs. He was impressive in last week’s MNF win over the Eagles where he had 58 total yards and a TD. Look for him to continue his performance against the Texans’ defense.

It’s finally time for Allen Robinson to shine. Much was expected when he signed with the Rams but the offensive struggles have hurt everyone not named Cooper Kupp. With Kupp going down to the IR, this will give Allen Robinson the opportunity to perform as he was expected to.

The Pittsburgh Steelers will face the Cincinnati Bengals in their rematch at Pittsburgh. The Steelers came out and played impressive against the New Orleans Saints last week. It also helps that T.J. Watt finally returned from injury. In their Week 1 matchup, they dominated the Bengals by scoring 28 FP in a very entertaining game. Division games seem to motivate players more and the Bengals have struggled against their division rivals. Look for the Steelers to outscore their projected 6.11 FP.

Derek Carr is a solid fantasy QB option to have. The problem with this week is that he faces the Denver Broncos, a team that allows QBs to score just a bit over 10 FP per week. The Raiders QB has the talent to score but it will be a challenge for him against this talented defense.

D’Onta Foreman will be facing a challenging Baltimore defense that allows the third-least rushing yards to teams. Foreman has been solid as an RB1 for the Panthers after Christian McCaffrey was traded to the 49ers, going over 100 rushing yards in three out of the four games. Baltimore, however, has a talented offense that could score quickly so Carolina may have to pass more than usual.