The Cincinnati Bengals: Top 3 Options with the Fifth Pick Overall 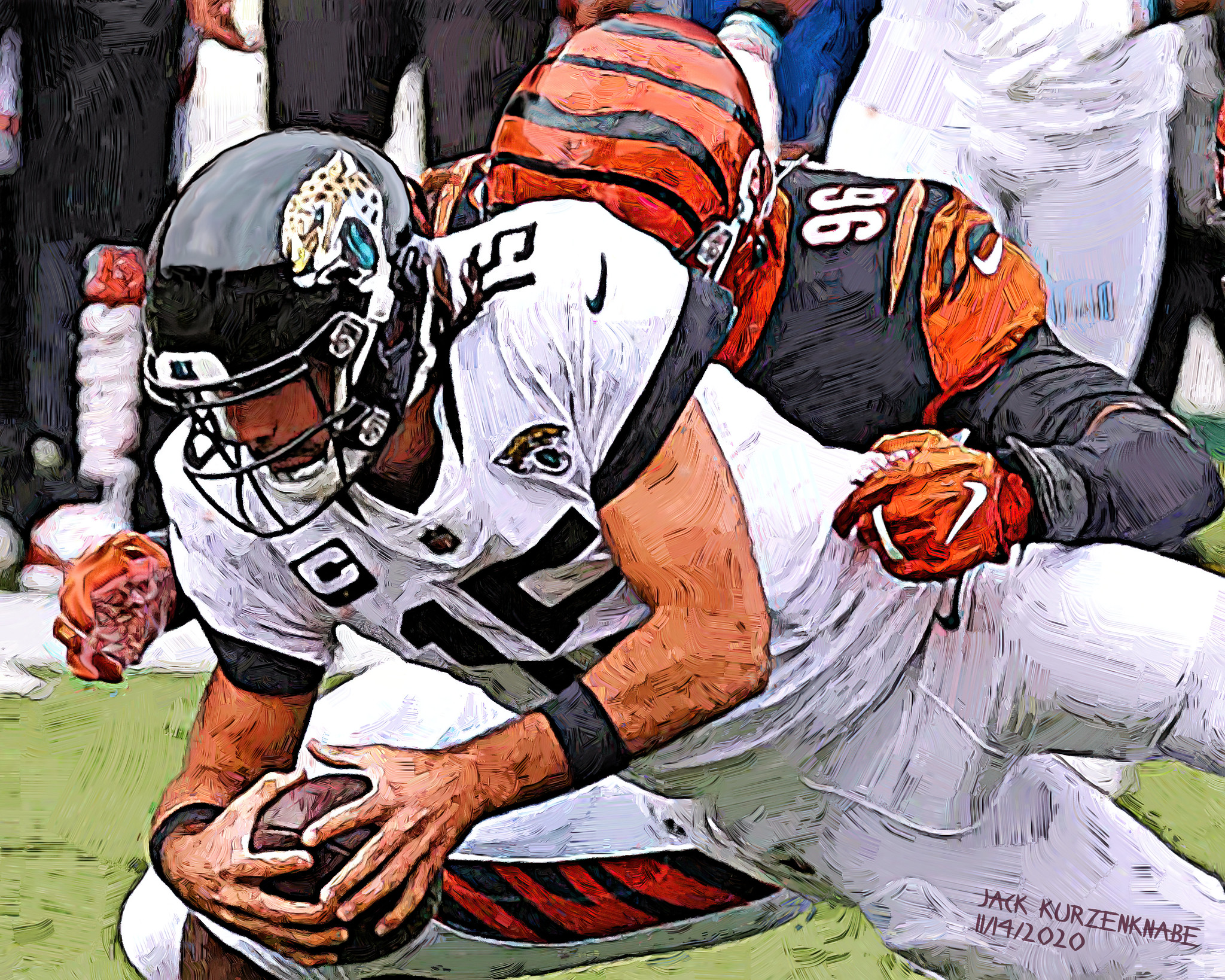 It seemed the Cincinnati Bengals were a sure-fire lock for the third overall selection before Week 16. However, after a spectacular performance against the Houston Texans, Cincinnati currently finds itself owning the fifth pick overall in the 2021 NFL Draft.

There is a chance they move up to the fourth pick, as well as dropping down to the 10th pick. It all depends on how Week 17 plays out. For now, we’ll focus on the current draft order, as it is impossible to guess where the Bengals first-round selection will be as of yet.

After having the first overall selection in the draft last year, the Cincinnati Bengals selected rookie phenom, Joe Burrow, who was having a fantastic first year until being injured in Week 10. The Bengals actually have some nice talent on the roster and aren’t too far away from being competitive in this league.

It’s rare to see a player with this level of talent at the tight end position. Kyle Pitts is the best TE prospect I’ve seen in my lifetime, and his stats back it all up.

Since joining the Florida Gators in 2018, Pitts has become a superstar in the College Football world. During this year, Pitts has put up an insane stat line, recording 770 receiving yards along with 12 touchdowns. He accomplished this feat with only 43 receptions on the year. Not to mention, these numbers surpassed his 2019 stats, and he played in five fewer games this season due to the COVID-19 pandemic.

This kid is an absolute monster and has the potential to be a top-three TE in the league within the first couple of years of his young career. For the Bengals, this would be a huge acquisition for this franchise, especially with the WR core taking a hit this offseason. It’s not likely AJ Green comes back, and John Ross didn’t pan out to be the type of player they were hoping for. However, can you imagine what Joe Burrow could do with a receiving group containing Tyler Boyd, Tee Higgins, and Kyle Pitts? Also don’t forget about RB Joe Mixon, who, despite suffering an injury this year, is one of the better running backs in the league.

Kyle Pitts is the type of player that would help put the Bengals offense over the top, especially once Joe Burrow comes back to full health. The AFC North is one of the toughest divisions in the NFL, and if the Bengals want to be competitive, they should highly consider drafting Kyle Pitts with their first pick of the draft if they happen to have the fifth pick overall.

Due to COVID-19, we witnessed some athletes decide to opt-out of the season at every level. The Penn State linebacker was one of them, and although he didn’t play a single snap this year, Micah Parsons is still considered one of the top defensive prospects in the draft. That in of itself should tell you just how talented this kid really is.

In 2019, the last season Parsons played, he put up ridiculous stats in 13 games. After recording 109 total tackles, 14 of them for a loss, along with five sacks, it’s easy to see this kid is a problem at the LB position. He gets involved with every play and flies to wherever the ball is. His playstyle reminds me of Bobby Wagner, or Luke Kuechly, as both of them have been tremendous tacklers throughout their respected careers.

With Geno Atkins likely leaving the team this offseason, Micah Parsons would become the face of the Cincinnati defense. The Bengals actually have some nice talent already on that side of the ball, as Carl Lawson has stepped up as an edge rusher this year, and Jessie Bates III was a Pro Bowl snub as he’s been one of the best safeties this year. This would be a smart draft choice for the Bengals, and would likely balance out the talent on both sides of the football, making them an all-around dangerous team in the AFC North.

Kyle Pitts and Micah Parsons are both going to be highly sought after, and there is a real chance both of them are taken within the top four of the draft. If that’s the case, the Bengals will need to decide what’s best for this franchise.

They could trade back, but I don’t think they will. The Cincinnati front office has an opportunity to stack the offense around Joe Burrow, and with some wide receivers leaving the team this offseason, the Bengals should highly consider drafting DeVonta Smith out of Alabama.

Smith has been one of the best wide receivers in College Football this year, and he proved that by recently winning the AP College Football Player of the Year. He’s the first WR to ever win this award, and it seemed like every week there was a new DeVonta Smith highlight reel. This kid will likely make an immediate impact in the league and has the potential to be a top WR in the NFL. In 2020, Smith recorded 1,511 receiving yards along with 18 total touchdowns. Oh, did I mention he earned those 1,511 yards in just 11 games? He averaged just over 137 yards per game, which, if he played a full NFL season with those numbers, he would’ve ended the year with 2,197 yards.

DeVonta Smith is a once in a lifetime talent and could be someone that helps put the Bengals offense over the top. If he winds up in Cincinnati, opposing defensive coordinators are going to have nightmares trying to game plan against this offense. Joe Burrow, Joe Mixon, Tyler Boyd, Tee Higgins, and now DeVonta Smith? All I can say is good luck to the rest of the NFL.

Michael Thomas trade in 2021?
NFL teams that could trade up for a QB
wpDiscuz
0
0
Would love your thoughts, please comment.x
()
x
| Reply