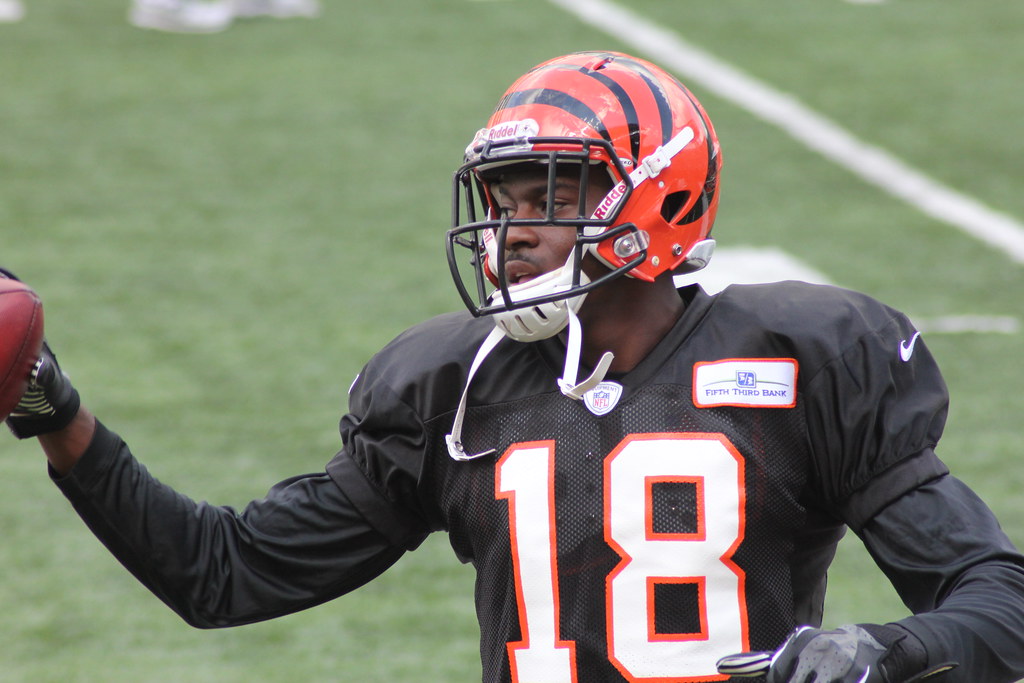 trade away these WRs in dynasty NOW

For most, the fantasy football season has ended. However, in dynasty leagues, the work never stops. The end of the season are when opinions and feelings about players is the freshest and most prominent. This can lead to value in stock for some players heading into the off season. It’s also extremely early to project for next year but if you have good feelings about guys declining and superstars in the making now is the time to get bang for your buck and trade!

The WR position is the deepest position out of the premium spots in fantasy. Guys pop up on to the scene each year meanwhile stars decline and fade away. Here are three WRs I’m looking to move on from and get value back in dynasty leagues.

One of the most talented receivers of all time and arguably the best receiver in the NFL over the last decade. Jet Jones is the all-time leader in receiving yards per game with 95.5 ypg, top 20 in career receiving yards with nearly 13,000, and top 30 in career catches. Julio Jones produces every year and is one of the highest projected WRs in fantasy football every year, why should we trade him?

The 31-year-old does have some question marks moving forward. Julio has had injury concerns throughout his career but has played over 13 games every year but two, which includes this season (9). He consistently has played through the nagging foot, toe, and leg issues but as he gets older his body won’t be able to recover as well and may miss more games moving forward. The 6’3 220, pound frame wears down after time and we may be seeing the beginning of that now.

Another reason to trade Julio is the emergence of Calvin Ridley. Ridley has exploded onto the scene and become an elite WR. He has proven he is a WR 1 on his way up to become among the top 5 in the league. This is similar to when Julio was a young player in the Falcons organization and Roddy White was the WR 1 when Julio entered the league. Julio took over the role and became the focal point of the passing game.

Julio has played his entire career with Matt Ryan at QB. With the Falcons struggles there have been rumors Matt Ryan may not return next year. It won’t matter who the QB is for Julio as he can be a downfield threat as well as an elite possession WR. However, that chemistry will not be there and it may take some time to get that and be a dominant fantasy producer immediately. Julio’s career is not nearly over, nor is his days as a fantasy producer. If you need to create some depth on your dynasty roster Julio is a piece to sell as hard as it is. But staying ahead of the curve is the way to stay atop of the dynasty league ranks. You will be able to get back a great haul when trading Julio.

The former Kansas State speedster is completing his sixth season as a pro all with the Seahawks. He is on pace for his second straight 1000 yard receiving year if he can get over 36 in the final week. Lockett’s overall production in fantasy points may end up as WR1 in fantasy. Despite the success in total points, it’s been very inconsistent and Locketts boom-bust point production has been on display.

He is a solid fantasy option but if are looking for 15 points every week Lockett is not the guy to have on your roster. In eight weeks thus far Lockett has scored 10 or fewer fantasy points in a PPR league. Since Week 7 Lockett has one TD and no 100-yard receiving games.

Of course, we all know Lockett has the ability to explode for a big day every once in a while as he’s had outings this year of 37 and 53 points. In a season where the Seahawks let Russ cook we would like the production of Lockett to be similar to that of his first month of the season. However, it’s just not possible. With DK Metcalf as the best option in the passing game, Lockett will never get the bulk of looks.

I also think the Seahawks have realized they do need to run the ball still and will get back to a more run-centric offense in the future which also will limit targets. Because of Lockett’s ability to get 30 fantasy points in a game, he will be of interest to people in acquiring him. Trading Tyler Lockett should be able to net depth at the RB position if need or even add multiple WR3 or RB2 type of players to add depth and value to your team.

Believe it or not, Adam Thielen is 3rd in the NFL in receiving TDs in 2020. He is right behind speedster Tyreek Hill and three behind Tae Adams arguably the best WR in the NFL right now. Thielen is nowhere near as athletic as these guys, and that just shows his commitment to the game and his work ethic. Undrafted in 2013 Thielen has improved every year in his production. He posted back to back 1000 yard season in 2017 and 2018 before being injured last year in 2019 and missing half the season.

He is at 868 yards this year and has a chance to achieve another 1000 yard season while missing a game due to covid. He is having a career year in TDs and his value heading into the offseason will be as high as ever. Trading Adam Thielen may raise some questions considering he’s a top 10 fantasy receiver this year. However, if you need to add depth and building blocks to your dynasty team Thielen is the gateway to doing so. The emergence of Justin Jefferson and Irv Smith as playmakers in the passing game will limit targets moving forward. The youngsters have got their footing in the NFL and been some of the best producers in points at their position the second half of the season.

The Vikings also have an elite RB in their run heavy offense. Dalvin Cook sees 30 touches a game and is the primary option in their offensive scheme. The Vikings are amongst the bottom of the league in passing attempts and unless there’s a change in coordinator it will stay that way. Trading away Thielen won’t be a good feeling but if you get multiple players back to build moving forward it’s a trade worth doing.