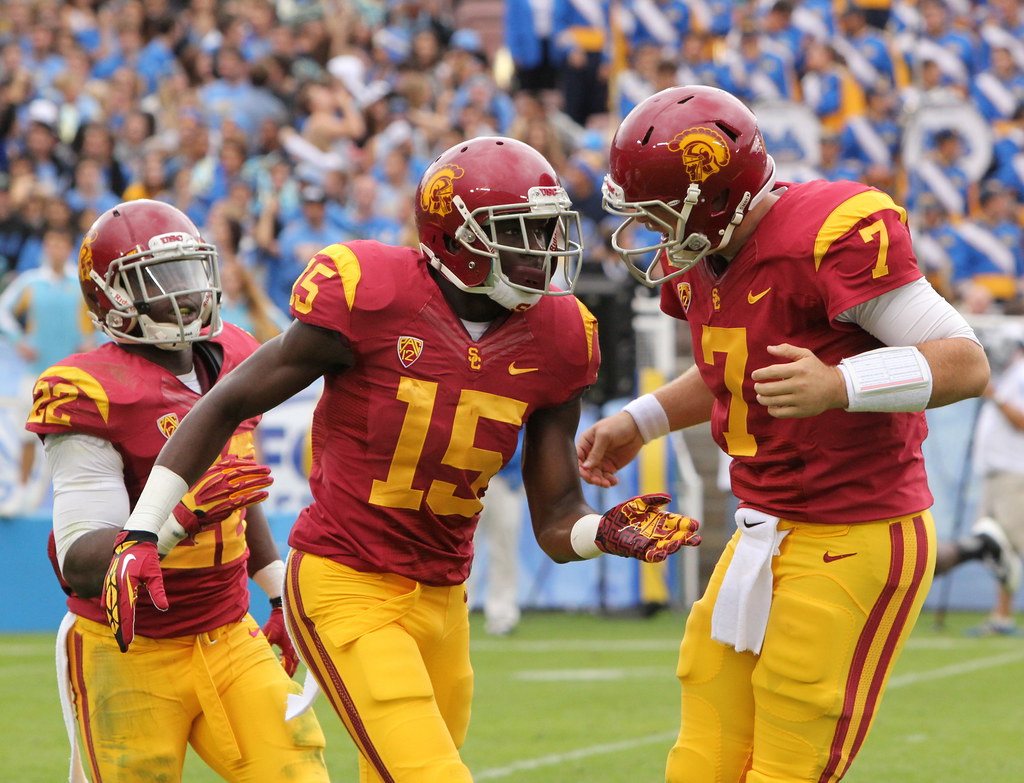 These rookie WRs are the best fantasy value picks

So, you’ve heard of DeVonta Smith and Ja’Marr Chase but you don’t have a top pick in this year’s rookie draft? Or you’re doing a standard or a dynasty set-up and you’re not looking at the WRs with the most hype this off-season, you want to win in the long-haul! Well, look no further! My value picks should give you some hope especially, if you haven’t been able to follow college football this year!

By the end of this article, you will have five names to look for in the 2021 draft this year. We will have to hope that:
a) these guys get a good landing-spot and;
b) the hype-train doesn’t catch them, so that they can go “under-the-radar” and onto-your-roster!

This is my favourite time of the year and I’m glad that I can share this with some of you!

It is important that we look at two key factors when analyzing players prior to the draft. The first is ultimately what kind of talent they have and we have stats to back that up as well, as well as some video showing you what they’re capable of! The second thing to consider is the potential landing spots (this could also help you get ahead in dynasty formats)!

Now, at this point in the year, we can’t be sure what will transpire with regards to free agency. As it stands, there are a few wide receivers who will enter free agency at the end of the season (including some big names) such as Curtis Samuel, Chris Godwin, Kenny Golladay, T.Y. Hilton amongst many more, solid players!

These are the places I would be looking at with the most intrigue, the teams with more than one wide receivers hitting free agency. here are a few to take note of:

There are of course plenty of other options for incoming wide receivers but, last year’s free agency was pretty wild and with the pandemic still afoot all over the country and teams protecting who they have, these are the likely options again, as it stands!

We can also list a couple of more teams who don’t have a stand-out wide receiver and may also be in the market for a new one:

So, there is a good amount of talent this year in the wide receiver category, you just need to look a bit deeper to find it! So, who isn’t attracting a lot of buzz?

Probably the most well-known in this list. Rashod originally opted-out of the 2020 season after the Big Ten canceled the 2020 season and Minnesota that 2019 was the last time they got to see the receiver suit up. However, when the Big Ten reinstated the season, Bateman opted back in. He didn’t have the greatest amount of time to showcase and warm-in to the season but, still managed two TDs in five games. It did look like Bateman was holding back somewhat but, this could be down to the fact that there was a larger gap than usual in this off-season and also, having committed to the draft process in November, he wanted to make sure he was ready to go for that.

Bateman really came into people’s periphery when playing as the WR2 in the 2018 and 2019 season, alongside Tyler Johnson (now with the Tampa Bay Buccaneers). Bateman scored 11 TDs in 13 games in 2019 and gained plaudits on his own for his versatility. Bateman is a guy who is very grounded and happy to take responsibility in games. Bateman is as comfortable in the slot as he is running a deep play. If I were to draw a comparison to a current NFL wide receiver, I would have him as someone who has a similar style to Tyler Boyd.

The younger brother of the Packers wide-receiver Equanemious St. Brown, Amon-Ra should be on people’s radar going into this year’s draft and not only because he has the best name ever! St. Brown is a really physical receiver who loves to get downfield and is very productive when he does. We can only guess that this physicality comes from having a father who was Mr. Universe twice! Going into the 2020 season, he was the clear WR1 in Southern Carolina and would have had a lot more opportunity to demonstrate his prowess had the PAC-12 season not been postponed.

St. Brown only played in 6 games this season but managed 7 touchdowns, including 4 TDs against Washington State. If I were to draw a comparison to a current NFL wide receiver, I would have him as someone who has a similar style to Will Fuller (without the injury tag). St. Brown has an inch and 10lbs on Will Fuller which slows him down a little bit, but not enough that it reduces his ability to make something happen. St. Brown would suit a team like the Texans with Fuller set to hit free agency or even the Chiefs given their exodus of receivers (as it stands!). It will be interesting to see where St. Brown lands but, if it’s for a team with a QB that has a big arm and they’re lacking in the deep-play, he could be a very good under-the-radar acquisition in fantasy football.

Trevon Grimes may be a familiar name to you, given the hype around the Florida Gators team because of quarterback Kyle Trask, hot-prospect tight end, Kyle Pitts and Kadarius Toney but, lurking in between those three big names is a 6ft”5, 215lb receiver who has a knack for finding the end-zone. With eight touchdowns in 10 games for the Gators this season, Grimes should propel himself into a decent draft position this spring, especially after the SEC Championship game performance against Alabama, where he put a 50-yard touchdown on top cornerback prospect, Patrick Surtain II.

As a result of Grimes’ natural size, he has an advantage over almost every cornerback he’s up again. If I was to draw a comparison to a current NFL wide receiver, I would have him as someone who has a similar style to Chase Claypool. It’s a stretch I know but, if we look at someone like Chase Claypool who was a third-round pick for the Pittsburgh Steelers in the 2020 draft and is around the same height/weight as Grimes he had a fantastic rookie season in the NFL and likewise with Grimes if he is drafted into a good situation and the ball goes in his direction, something good should happen.

Now, we’re digging deep into NCAA Division II for this one and I think that this will ultimately excite a few of you because Michael Strachan (pronounced “Straan”) is the exact guy that you want to sneak into your draft this year. Another big receiver, at 6’5” and around the 225lb mark, this is a guy who leads by example. Originally from the Bahamas and with a background in track athletics (and even trained for the Bahamas 2020 Olympics track team, before the postponement due to Covid-19), he possesses great intelligence with his route running. If he gets picked this year (and even if he doesn’t), he is a hot-stash prospect.

If I were to draw a comparison to a current NFL wide receiver, I’m going to go out on a limb here but, I would have him as someone who has a similar style to Mike Evans. Strachan matches Evans with his size and when you have a guy that runs the 400m in 47.3 seconds and 200m in 21.69 seconds, and models his game on players like Julio Jones and Calvin Johnson, you know you’re onto something good! Strachan also runs the 40-yard dash consistently at around the 4.4 second mark which is equally impressive. Strachan has broken a lot of records at Charleston and if that wasn’t enough, check his statistics below:

Seth Williams has a mixed fanbase going into this NFL 2021 Draft but, I’m a firm believer that he could be something special. Seth Williams has been a consistent performer for the Auburn Tigers and as a freshman managed to have 20.54 yards per reception, which is solid. He has had the leading yards-per-reception of all of the main receivers at Auburn in each of his three years (including whilst Darius Slayton was there) and this should give you a flavour as to what type of player he could be in the NFL. Williams has good hands and whilst not a completely finished product he shows that with the right type of coaching, he could be a great future talent.

Of the three receivers from Auburn who are poised to enter this year’s draft, Williams is known as the playmaker. If I were to draw a comparison to a current NFL wide receiver, I would have him as someone who has a similar style to Mike Williams or Michael Gallup. By this, I mean that Seth Williams would suit a team whereby he’s not taking heavy loads, his strengths lie on the outside and he could be a good compliment to a star-receiver in the long-haul. Once he improves on any weaknesses he is one of the guys who can eventually become a top receiver himself, similarly to Calvin Ridley who has benefited from heavy coverage on Julio Jones. I think a team like the Browns would be a good landing spot for Williams but, I guess we’ll just have to wait and see!