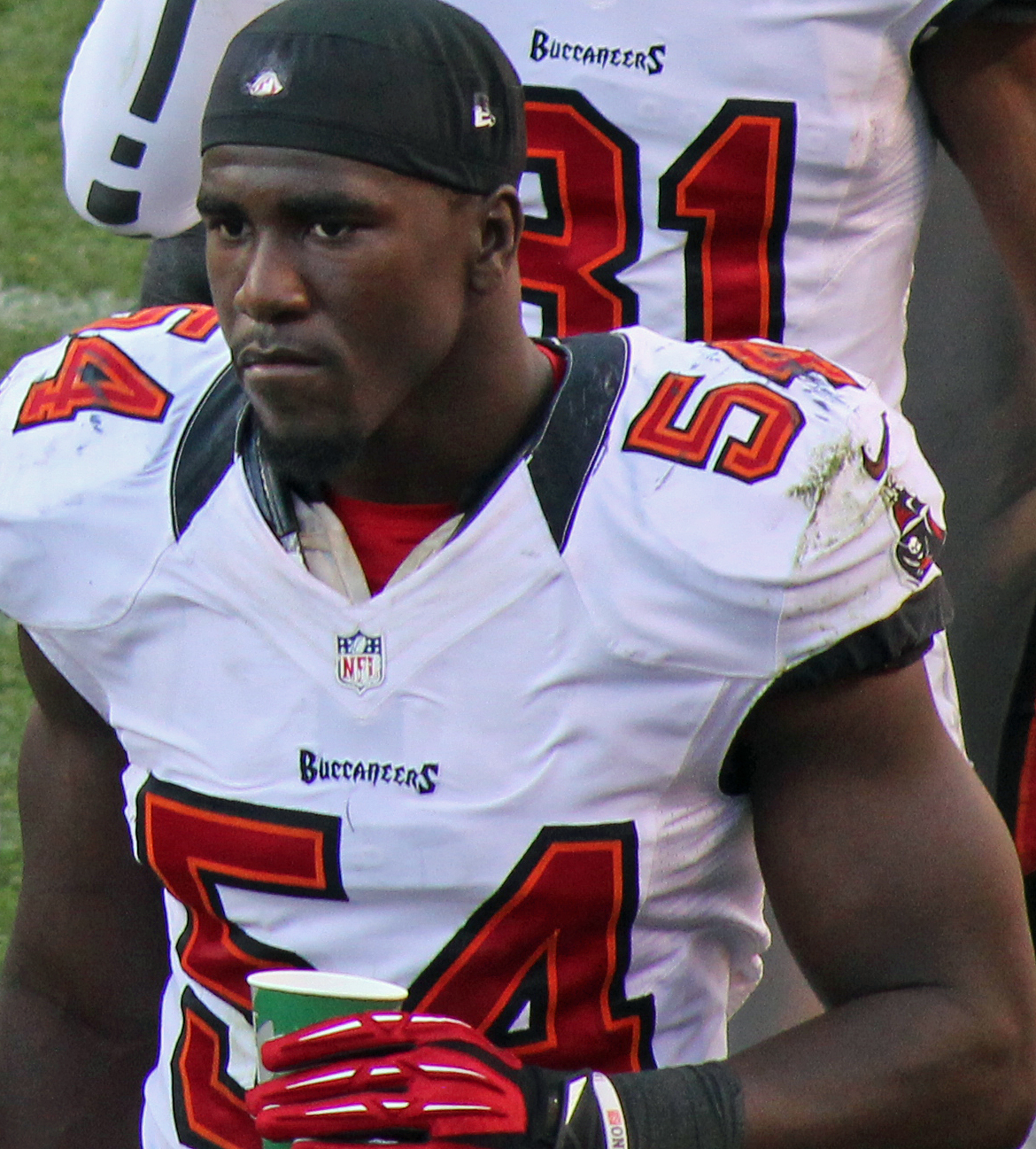 "File:Lavonte David.JPG" by Jeffrey Beall is licensed under CC BY-SA 3.0

Where will Lavonte David land?

Lavonte David is a name well-loved by all Tampa Bay fans, and rightfully so because since he was drafted in 2012 and he’s been one of the best linebackers in the NFL every single year.

Despite not being voted into the Pro Bowl since 2015 as an alternate, David has put up Hall of Fame type numbers throughout his career. As of right now, David has 806 solo tackles which puts him at 30th all time and he still has plenty left in the tank.

In 2020, David is starting to finally see some of the public praise he has deserved in his career, much of which can be attributed to the attention that comes with Tom Brady and a winning season. David finished the 2020 season tied for 10th in solo tackles with 86, second in forced fumbles with three, and with a PFF grade of 81.6.

The spotlight couldn’t have brightened on David at a better time either as his current contract with Tampa Bay runs out at the end of this season. Lavonte David has spent his entire career with the Buccaneers and there has already been some talk of trying to work out a new deal but things change in the NFL every day. Here are some of the places he could end up if the Bucs tackling machine decides to test the waters.

Not many teams love to make splash signings the way Jerry Jones and the Cowboys do. And this move blatantly makes a lot of sense for them. The Cowboys ranked in the bottom half in the NFL in almost every defensive category this season (even with a lot of young talent across the board).

They decided to address this by firing their previous defensive coordinator and bringing in former Atlanta Falcons head coach Dan Quinn as their new one. While Jaylon Smith and Leighton Vander Esch have looked great so far in their NFL careers, they both have also had trouble staying on the field due to injury concerns.

While you don’t bring in someone like Lavonte David for depth, his leadership skills and experience would be irreplaceable to the Cowboys young defense. With Dak Prescott back in time for the beginning of next season, the Cowboys will have all the tools to make a playoff push.

Bringing in David to be a leader to help improve their defense would go a long way into turning them into a Super Bowl ready team.

The Chargers have already shown they’re willing to invest cap space in their defense after signing both Chris Harris Jr. and Linval Joseph last offseason.

While everyone was expecting the Chargers to have a good defense, the offense led by Justin Herbert was a complete surprise. This team quickly went from a rebuilding franchise that just lost their star QB, to a playoff-caliber roster again.

After losing Derwin James to a season-ending injury along with multiple other defensive studs on their roster throughout the year, the Chargers defense underperformed expectations. While their first-round pick Kenneth Murray Jr. looked great this season and led the team in tackles with 68, their linebacking core is their clear weakness to the defense.

Adding Lavonte David to their crew of defensive stars like Derwin James, Casey Hayward, and Joey Bosa would give them an elite talent at every single layer of their defense. They also have the cap space to afford it. Whatever head coach inherits this roster will be like a kid in a candy store with the talent they have, and bringing in Lavonte David would make it just that much sweeter.

If we’re talking about what team could benefit the most from David’s services it would be the Bengals. The lack of talent on the defensive side of the ball outside of Jessie Bates III is glaring, while I expect them to invest a large amount of their draft capital in players to protect Joe Burrow.

This means if they want to improve their defense drastically they’re probably going to have to look towards free agency. Cincinnati isn’t necessarily the dream spot for a veteran like David who may want a shot at a Super Bowl ring (if Tampa Bay misses out this year, but if they do win or David is more worried about the size of his retirement fund, Cincy makes a lot of sense).

The Bengals have the most cap space in 2021 out of anyone on this list and already have a lot of their main offensive stars under contract. If Zac Taylor and company really believe they are close to a playoff-ready roster after the 2021 off-season, making Lavonte David an offer he can’t refuse would bring a lot of veteran leadership and a great locker room presence to the team.