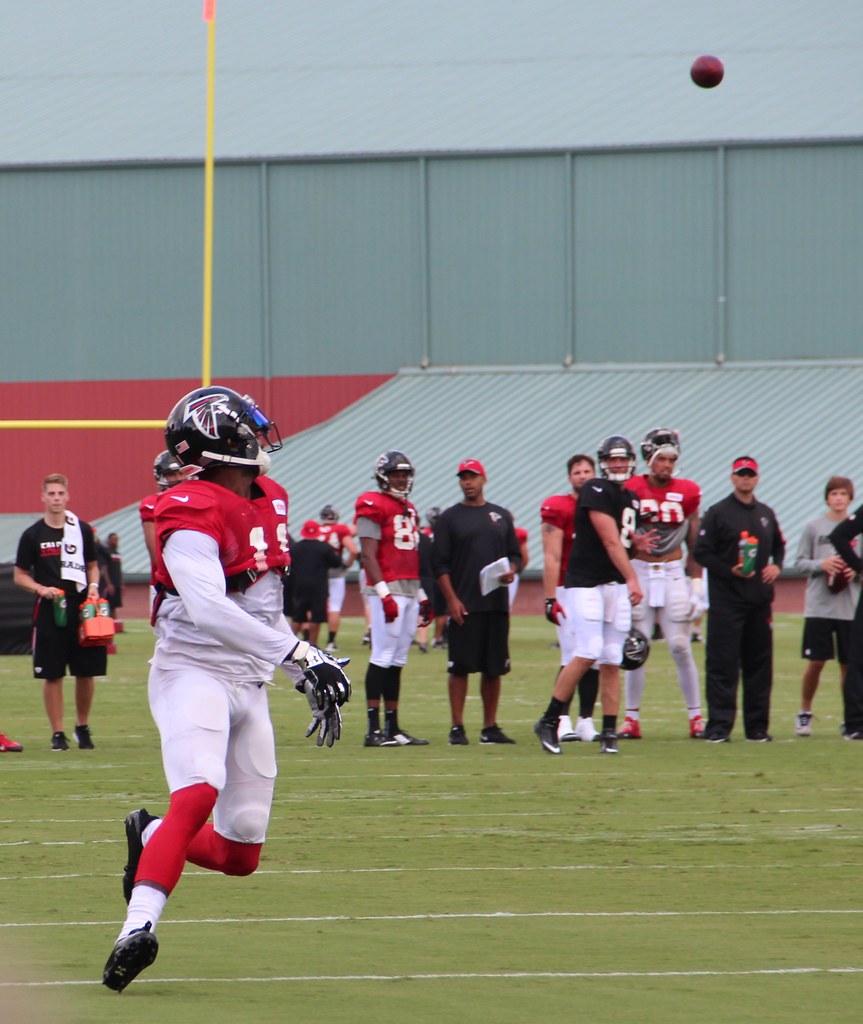 The End of An Era in Atlanta?

Since he entered the NFL in 2011, Julio Jones has established himself as one of the best wide receivers in the entire league. A generational talent for the Falcons, Jones has produced seven 1,000 yard plus receiving seasons. Jones has two seasons where he has led the entire league in receiving yards, in 2018 and 2015. Jones was a star shortly after he entered the league, earning two consecutive 1st team All-Pro honors in 2015-2016.

Flash forward to the 2020 NFL season, it was a disappointing year for Falcons fans. The Falcons finished 4-12 this season, fired Dan Quinn, and now own the 4th pick in the NFL draft. The Falcons tried to make a final run, signing Todd Gurley in free agency and trading for Hayden Hurst before the season. But unfortunately, the offense consisting of Julio Jones, Matt Ryan, Todd Gurley, Hayden Hurst, and Calvin Ridley did not work out.

2020 was a rough season for Jones, dealing with a hamstring injury, he only saw action in nine games. Jones still has two years left on his contract, but at 31 years old, maybe the Falcons’ new regime would want to get something back for Jones before his career is over.

With Calvin Ridley’s emergence as a star wide receiver in the league, the Falcons might want to get rid of Jones and build around the younger players. The team should be able to garner a second-round pick for him. He is 32, injury concerns, with a massive contract, but he’s arguably the top WR in the game when healthy. And It’s not fair to compare it to Hopkins getting traded for a grain of salt (off-field concerns?). Where will the future NFL Hall of Famer end up? Here are 3 potential landing spots for Julio Jones.

The Baltimore Ravens have already established themselves as a top contender. The Ravens are considered to be a top-four team in the AFC and could be looking to get some more help for Lamar Jackson this off-season.

The Ravens have shown they have a great defense and great running game, but they lack playmakers in the passing game. Jones would fit in perfectly and complement Marquise Brown’s skill set for the Ravens. Adding a former top receiver in the league in Julio Jones, the Ravens offense could take that next step in 2021.

I believe the Ravens would be a good fit for Jones for multiple reasons. Adding Jones to the Ravens’ offense would make them Super Bowl favorites. Even at 31 years old, when healthy, Jones is still a top receiver in the NFL. Jones would slide in and immediately become the Ravens’ number one receiver. The Ravens need another receiver to take the pressure off of Marquise Brown. Jackson needs another receiver he can rely on, and Jones can be that for him.

The Ravens also have enough cap space to fit Jones in, currently around $28.5 million. They won’t have to make any cuts, restructures, or trades. They are also in the window where they have their quarterback Lamar Jackson for cheap. Win-now moves need to be in store for the Ravens, and acquiring Jones would do that.

An offense consisting of Julio Jones, Mark Andrews, J.K. Dobbins, Lamar Jackson, and Marquise Brown would threaten the opposing teams’ defenses. It’s also very possible that they cut ties with Mark Ingram to create more money. If the Ravens want to make that next jump to a Super Bowl contender in 2021, This is a move I think they should make.

While they may not be contenders just yet, the Dolphins are trending in the right direction for 2021. The Dolphins have built an elite defense, who led the entire league this season in takeaways with 29.

The Dolphins will need to get playmakers around Tua Tagovailoa this off-season, as he struggled at the end of the year with the Dolphins’ limited playmakers. Tua needs more weapons at receiver besides Devante Parker and Jakeem Grant.

That’s where Julio Jones comes into play. The Dolphins currently have a projected $32.3 million in cap space next season, which will allow them to acquire Jones’ services.

They also have the draft capital to offer the Falcons. They currently have “nine total draft picks” in the 2021 draft, including two first-round picks thanks to the Texans.

Jones would immediately step in as the Dolphins’ top pass-catcher, and he would provide Tua with a new option in the passing game. The Dolphins were one game away from making the playoffs last season, and a move for a superstar receiver like Jones most likely gets them over that hump. Let’s not forget how dominant Jones was a couple of seasons ago.

Washington has shown they are trending in the right direction for the future. After winning the NFC East in Ron Rivera’s first season as head coach, Washington lost to the Buccaneers 31-23 in the NFC Wild Card Round.

Washington put up a great effort against the Bucs, as they were short-handed with starting quarterback Alex Smith being inactive. In the game it was clear, Washington needs another playmaker on their offense.

Bringing in another playmaker at wide receiver is what Washington needs to do this off-season. They have the money to spend this off-season, with around $56 million to play with. They have enough money to bring in Jones but will need to figure out their quarterback situation. Adding a star-like Julio Jones to the mix will help whoever is under center.

Below is the regular season production of the WRs behind Terry McLaurin:

Trading for Jones would immediately give Washington one of the best wide receiver duos in the league. Washington already has a great young defense, adding to their offense this off-season will only help the team in 2021. Adding Julio Jones to Terry McLaurin, Logan Thomas, and Antonio Gibson would give Washington a great chance of being the division leader once again in 2021.