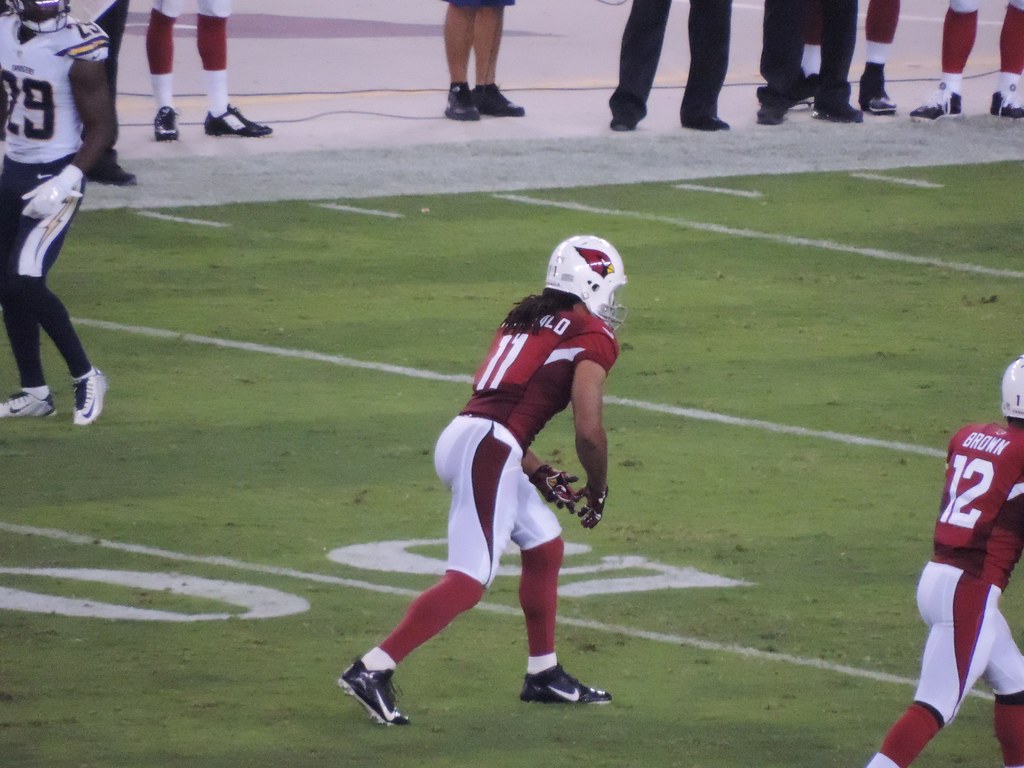 The Arizona Cardinals entered the 2020 season with sky-high expectations after the blockbuster deal in which they acquired All-Pro WR DeAndre Hopkins. However, the team failed to live up to the hype, finishing with a mediocre 8-8 record.

Kingsbury’s team has many holes but also has a lot of potential. In order to reach this potential in the near future, the front office has to get to work. Here are four moves that the Cardinals need to make this offseason.

Kennard was supposed to be the secondary edge threat to Chandler Jones that the Cardinals lacked since the departure of Markus Golden. Well, now Markus Golden is back again and with the emergence of former first-round pick Haason Reddick, there is simply no need for Kennard anymore.

In addition, Kennard failed to live up to expectations this year. Kennard started only four games this season despite the Week 5 injury to Chandler Jones and finished the season with unimpressive numbers, totaling 19 tackles and 3.0 sacks.

For the first three years of his career, Haason Reddick looked like a bust. The Cardinals declined his fifth-year option last off-season. However, it became evident this year that Reddick was not the problem. The Cardinals simply did not know how to use him.

Cardinals defensive philosophy was to try to use Reddick at multiple different positions such as MLB, which is reasonable given his unique athletic traits, but in the process forgot his bread and butter: getting after the quarterback.

This year, the Cardinals finally let Reddick loose, and that paid off big time. Reddick finished top 5 in both sacks and tackles for loss and finally lived up to his first-round tag.

With Chandler Jones returning from a torn bicep, re-signing Reddick will give the Cardinals one of the best EDGE duos in the league.

Get another legitimate receiving threat behind DeAndre Hopkins

Let us be honest–Despite the hype, the Cardinals receiving core has been slightly above average at best this season. While there is no denying DeAndre Hopkins is elite and a top tier receiver, those behind him on the depth chart do not seem adequate for the high-powered offense Kliff Kingsbury envisions.

While Christian Kirk flashes at times, he has failed to take that next step we were expecting after his solid rookie season. Larry Fitzgerald might retire this offseason, and his play has significantly declined given his age.

Keenan Johnson, at times, looks like he could be a solid WR 3-4 on a good offense, while Andy Isabella seems practically unplayable at this point.

What the Cardinals need is a receiving threat that opposing teams fear in order to take attention off DeAndre Hopkins and give Kyler Murray another weapon. This WR free-agent class is loaded, with names such as Juju Smith-Schuster, Marvin Jones, and Curtis Samuel popping out as perfect fits in the Cardinals offense (Allen Robinson does not seem realistic).

Alabama’s Jaylen Waddle or Florida tight end Kyle Pitts look like realistic options via the draft. If the Cardinals want to be real contenders, they need that second receiver on offense.

While it might be too early to give up on a potential offensive guru in Kliff Kingsbury, it is certainly time to get him some help. His play-calling was sporadic and inconsistent last season as sometimes he tried to get too cute with his offense.

Kliff refuses to give up play-calling as a whole but hiring an OC to help him is not a bad idea. Last offseason, the Cardinals were interested in signing current Texas head coach Steve Sarkisian as their OC; however, Kingsbury shut down the idea. But after his play-calling was painful to watch at times this year, he needs to accept the fact that he needs help.

While Kingsbury has potential in the future, the same cannot be said about Vance Joseph. Throughout his career, Joseph has failed to lead even an above-average defense. The Cardinals had him on a short leash this season after the Cardinals finished last in the NFL in yards allowed in 2019.

With multiple offseason additions such as Jordan Phillips, Devondre Campbell, the Cardinals did not take the next step all of us fans were expecting, and it was clear Joseph was part of the problem. His heavy reliance on soft zone coverage, even on third and short, made some games frustrating to watch and may have even cost the Cardinals their season against the rams.

He failed to give snaps to eighth overall pick and athletic freak Isaiah Simmons despite the fact that when he was on the field, he outplayed Jordan Hicks and even Devondre Campbell at times.

The Cardinals need a young, creative mind at DC in order to unlock the potential of this young defensive group, and Joseph is not the answer. Names such as Patriots ILB coach Jerod mayo or Cowboys DB coach Kris Richard come to mind as quality options.