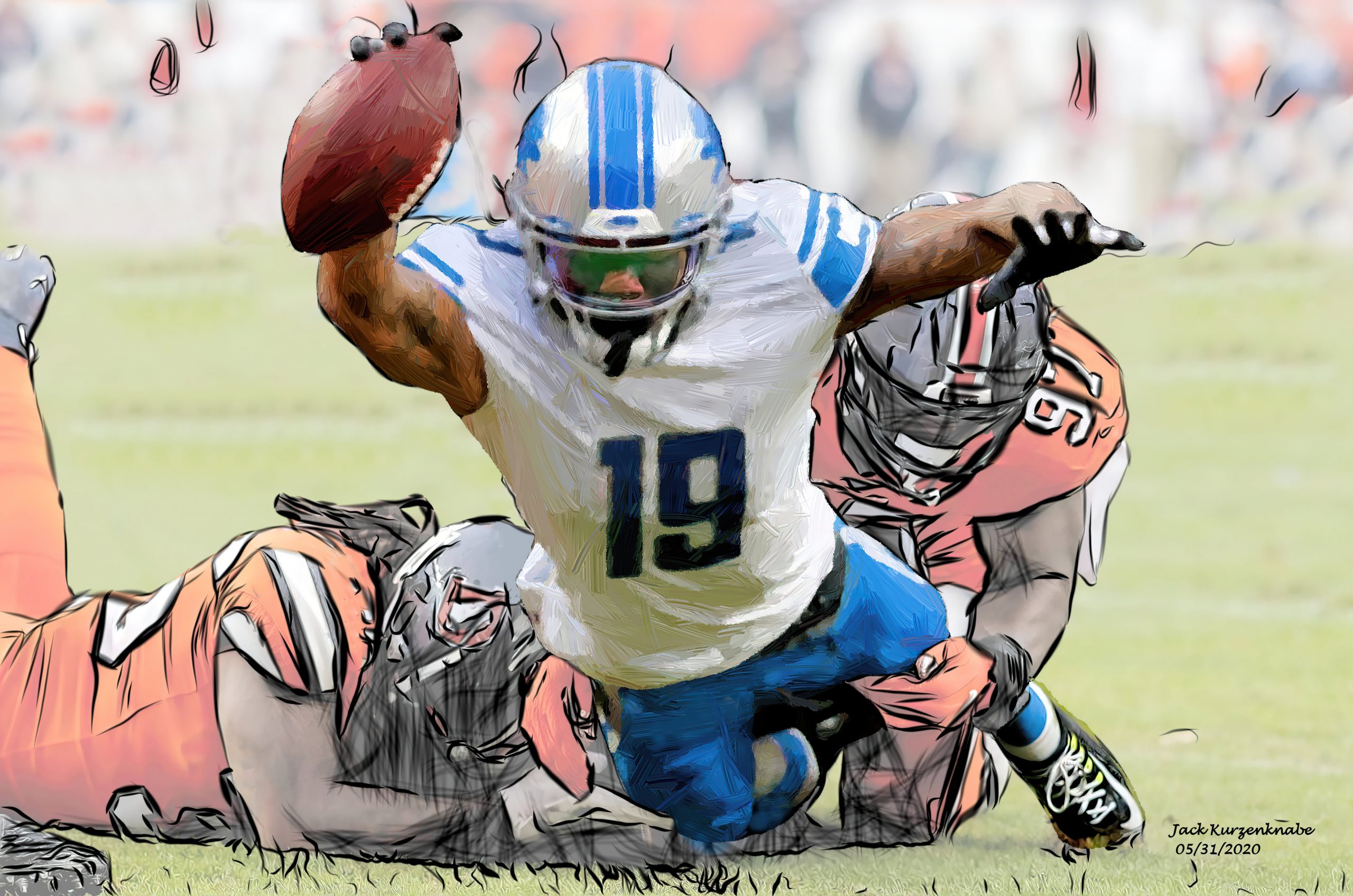 In a league where passing is now dominated, teams receiving corps can change their entire season. With many teams looking to improve their passing game, here are the top 5 free agent wideouts in this year’s free agency.

In this year’s free-agent class, Allen Robinson is the WR1. Robinson has been arguably a top ten receiver two years in a row now, despite having sub-par QB play. Robinson eclipsed 1000 yards for the second straight year, finishing with 1250 on 102 catches. Playing on the Bears, the wideout was forced to deal with Mitch Trubisky and Nick Foles subpar play in 2020. Allen Robinson will be heavily sought after this offseason, with a projected contract of 14 million a year. Robison also has not missed a game in the last 2 years, so whoever signs him is in for a treat.

After improving on what was a strong but limited 2019 season, Will Fuller had an even stronger, but still limited 2021. Fuller was off to an amazing start to 2020, after the departure of Deandre Hopkins, Fuller became the WR1 on the Houston Texans. Through 11 games, Fuller had 53 catches for 879 yards. Projected over a full 16 game season, he was on pace for 1280 yards and 13 touchdowns. After a 6 game suspension in week 13 following PED use, Fuller’s season was cut short as he was suspended for the remainder of the season. Fuller explained via Instagram that he did not take the substance to enhance his performance, rather recover from an injury not knowing it was on the NFL’s banned substances list. Fuller’s performance through those 11 games was enough to get him paid. But considering his suspension it will put his value down. Fuller is only 26, expect a nice contract heading his way this offseason and an equally nice 2021 campaign.

When you look past all the antics and pre-mature hype behind Juju, he really is a good wide receiver. Juju had a very underwhelming 2019 season following his breakout 2018 season where he amassed 1400 yards receiving as well as 111 catches. In 2020, Juju led the Steelers in receptions with 97, but only had 8.6 ypc, bringing his season total to 831 yards. The reason for that is the Steeler 2020 quick passing game. Anyone who watched a Steelers game in 2020 knows almost every pass was inside 7 yards. This led to a high reception total for Schuster, but low yardage. Schuster is only 24 years old, the age of some rookie WRs in this years draft class, his antics are very bothersome but also creates attention. It’s hard to project Juju’s value but expect his contract to be worth about 10 million annually. If Pittsburgh doesn’t resign him, Expect a statement year in 2021 from the 24-year-old as well a boatload of TikTok’s.

Just last year Chris Godwin has 86 receptions, 1333 yards, and 9 TDs in 14 games. Insert Tom Brady in 2020, and Godwin’s number dropped to 65 receptions for 840 yards in only 12 games. The reason? Along with Godwin the Bucs also had Mike Evans, Antonio Brown, Rob Gronkowski, Cameron Brate, Leonard Fournette, and Ronald Jones on offense. It’s hard to “get yours” when you have that much talent on offense. Godwin sacrificed touches for success and it is working out so far, as the Bucs are playing in the NFC title game this weekend. Chris Godwin has established himself as one of the best receivers in the league, and on almost any team he would be the WR1. Considering his success and that he’s only 24, Godwin will be paid similar to Juju Smith-Schuster. If Godwin is put on a team where he is the sole star, his production will go through the roof.

In both 2018 and 2019, Golladay had 1000 yards seasons. In 2020, Golladay only played 5 games. Considering the phase Detroit is going through, it is likely Golladay has not re-signed this offseason, leaving him to free agency. Kenny Golladay is a premier deep threat in the NFL, averaging 17 ypc through his career, his large frame at 6’4 also makes him a great red-zone target. His production was always strong with Matt Stafford and the Lions, but Golladay even produced without Matt Stafford in 8 games last year. Golladay is 28 years old, which is older for a 4th-year player, but his production and consistency when healthy speak for themselves, Golladay is very underrated because he played for the Lions. If healthy, Golladay can be a premier wideout on any team.