Why Justin Herbert Will Be The Next Great QB 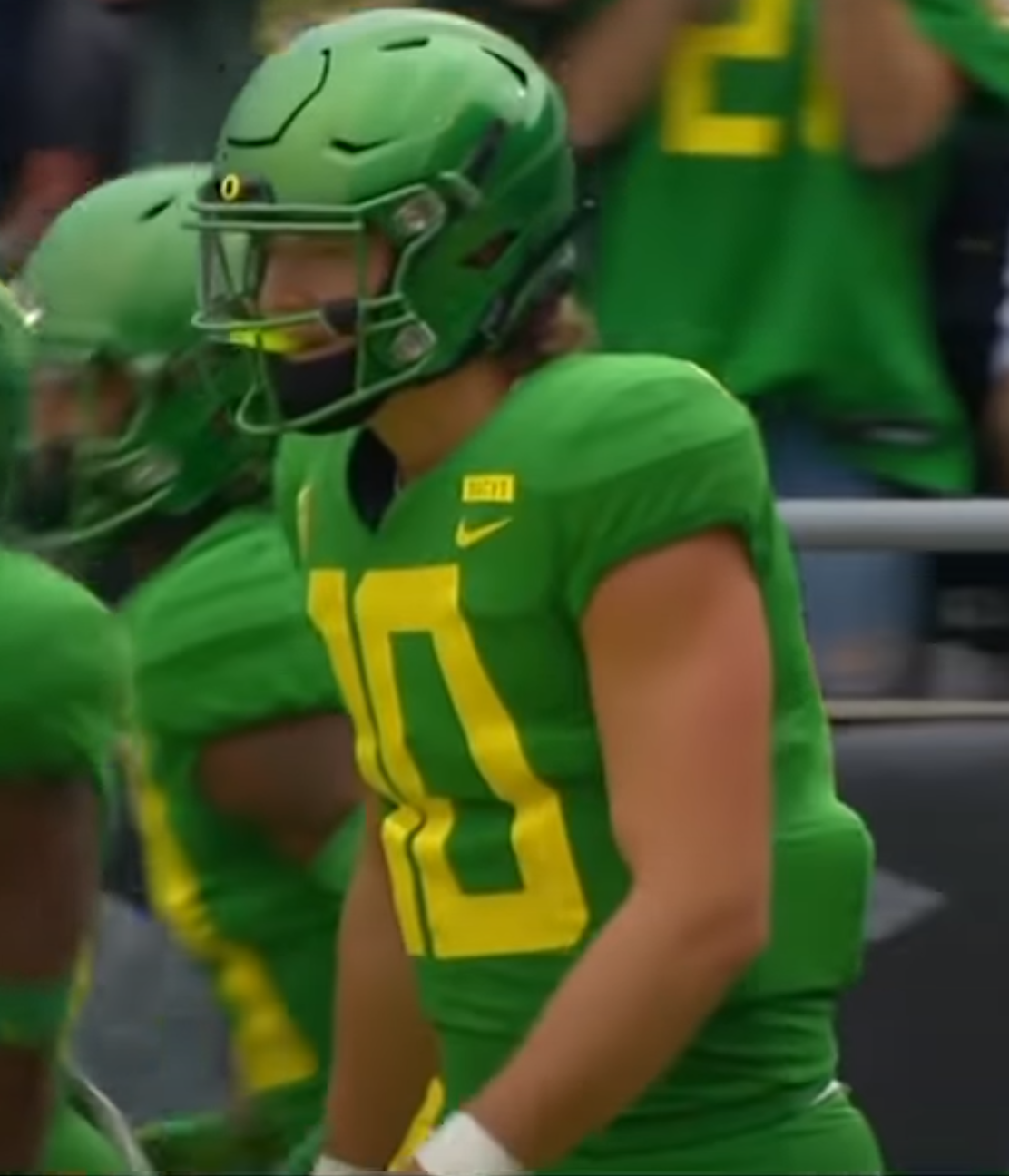 Coming out of Oregon, Justin Herbert was a highly accomplished quarterback. Many NFL scouts salivated at his physical tools and his uncanny arm talent. If Herbert didn’t comeback for his senior year, he would’ve undoubtedly been the number one QB taken in the 2019 draft. As a result, Herbert entered into the 2020 NFL draft with quarterbacks like Joe Burrow, Tua Tagovalioa, Jordan Love, and Jalen Hurts. Herbert by many scouts was deemed as the third best QB in the draft behind Burrow and Tua. The biggest knock on Herbert was while he has all the physical tools to be a great QB in NFL, he lacked the high end play in big games that had scouts questioning whether or not he could get it done in the NFL on a consistent basis.

Here are the Chargers, sitting with sixth overall pick in the draft; fresh off of cutting the greatest QB in their history and with the plan to start a career journey man quarterback; stability at the position was needed and the Chargers pulled the trigger. With the talent that was already assembled on the Chargers’ roster there was much optimism that with a couple years of learning behind a veteran QB and with tutelage on the mental aspect of the game on the NFL level, he could blossom into a franchise QB. After a week one injury sidelined Tyrod Taylor for a significant part of the season, not even the Chargers could’ve predicted what they would see from Herbert so early in his career after being inserted into the starting QB role.

Let’s look back at the summer, we got an exclusive look at Herbert’s first days in the NFL due to the Chargers reoccurring appearance on NFL’s Hard Knocks; a show that gives us as fans an all- access look at life in the NFL during training camp. Justin Herbert’s development was started and oversaw by QB’s coach Pep Hamilton. Pep Hamilton in 2013 was tasked with working with another quarterback prodigy in Andrew Luck before that also working with him in 2010 at Stanford, as their WRs coach. This familiarity with a good young QB prodigy helped Pep Hamilton drill Justin Herbert on the refined details of quarterbacking; many times Hamilton is shown talking and coaching Herbert on where his eyes should be, good mechanics, and decision making. All-important qualities of a great quarterback play and specifically qualities that can help quarterbacks play well under pressure.

In Justin Herbert’s rookie campaign that’s exactly what he did play well under pressure. According to PFF, Justin Herbert earned the highest overall grade among rookie quarterbacks (80.1) on his way to setting a rookie record in TD passes with 31. He showcased the arm talent scouts had coveted before the draft by logging the 3rd most touchdown passes of 20+ yards or more (12), throwing for the sixth most yards of passes 20+ yards or more (953), and completing the 11th most passes of 20+ yards or more (26). Perhaps, Justin Herbert’s most impressive performance came while he had to operate under pressure. Herbert was done no favors by his OL in 2020; rated dead last by PFF in their final OL rankings and causing the second most pressured drop backs. Justin Herbert was pressured on 38% of his drop backs. To provide context, out of the top five OLs in pass blocking efficiency they recorded an average pressure rate of 18.5%. Compiled with the fact that the Chargers two big offseason acquisitions Trai Turner and Brain Bulaga was in and out of the lineup and when there were in the lineup didn’t play well at all. Out of the five starters on the Chargers OL two of them were ranked as second worst at their respective position’s (C Dan Feeney 36th out of 37, RG Trai Turner 79th out of 80) and not one starter graded above a 70 with Turner being the worst grading at a 34; it’s safe to say that Herbert’s OL wasn’t up to par, literally!

Herbert showed that his combination of mobility and arm talent is the best we’ve seen in years and can get him out of the murkiest of situations. One thing that must be taken into consideration is the volatile nature of quarterback play under pressure. Quarterback play under pressure is tough to predict year to year and since his play under pressure was so historic we must expect some sort of regression. We must look at more stable metrics like clean pocket adjusted completion % which is one of the most stable QB metrics year to year. Herbert finished 4th among rookie QBs and 26th among all qualifying QBs (77.7%) which is closer to the bottom of the league. While this number is not what you would like to see while not pressured, one can hope an improvement such as the one seen by Buffalo Bills QB Josh Allen can be expected from Herbert. Allen went from the fourth worst his rookie year to league’s best in 2020. Herbert and Allen have similar skills sets and similar supporting cast that can help facilitate this improvement. In addition, the OL was the worst in the league and in 2021 they can only get better; adding pieces in the draft and Free agency will facilitate the OL at the very least creeping back towards average.

Herbert proved in 2020 that he can be the franchise QB that the Chargers drafted him to be. With an above-average supporting cast of Keenan Allen, Austin Ekeler, Mike Williams, and Hunter Henry; Herbert has a bevy of weapons at his disposal that he can consistently rely on to make plays. With four-time pro bowl WR Keenan Allen being the most consistent and polarizing of the bunch; Herbert targeted Allen 138 times good for sixth in the league among WRs and by far the most on the team with Hunter Henry coming in second with 87 targets. Herbert has clearly built a healthy rapport with the Chargers’ two best receiving options, looking for them early and often when he gets into trouble. While Herbert continues to build with his weapons, Tom Telesco and new head coach Branden Staley will make it a top priority to diligently find OL help to protect the future of the Chargers franchise. Justin Herbert’s play in his rookie season has given the Chargers hope of being a contending team for years to come.