5 QB Options For the Broncos this 2021 NFL Off-season 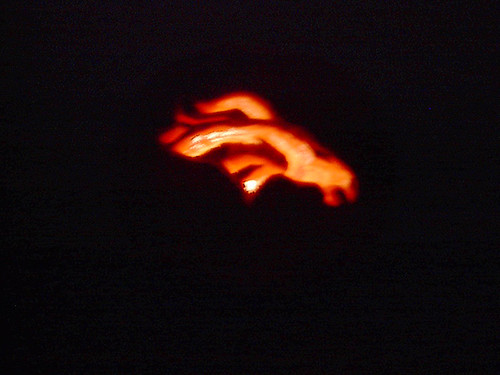 Is Drew Lock the Long Term Answer at QB?

Broncos Country is heading into the offseason with questions and concerns about the quarterback position. Going into 2020 there was more faith in Drew Lock being a potential answer to the neverending search for a franchise quarterback than there is going into the 2021 offseason.

The talent does not look to be there, however, he has shown minimal improvement, and the circumstances that plagued the Broncos 2020 season make it even more of a question. Let’s have a discussion on the potential options for the quarterback position that the Broncos will have access to.

Option one: Keep Drew Lock intending to have him start the 2021 season, give him the desperately needed offseason to build some chemistry with the rest of the offense. However, getting a veteran backup on a team-friendly deal, that is a great locker room guy who and who will be supportive of Drew Lock as the starter.

Players like Jacoby Brissett, Tyrod Taylor, and Colt Mccoy come to mind. My favorite option of these three is Jacoby Brissett who has played with the likes of Andrew Luck, Phillip Rivers, and Tom Brady. He carved out a role in 2020 as a short-yardage quarterback since he has good speed at the quarterback position that Rivers lacked. Jacoby was also the Colts nominee for the Walter Payton NFL Man of the Year award in 2020.

Option two: Get a veteran quarterback good enough to overtake Drew Lock as the Broncos starter in free agency and challenge Drew Lock to step up. If Drew Lock does not play well to start the season and the coaching staff believes that Lock cannot be the answer at quarterback, they have a backup option that can win games and help the rest of the young offense develop on the field. Ryan Fitzpatrick, and Andy Dalton both come to mind

Dalton started out the 2020 season on the bench, backing up Dak Prescott for the Cowboys. In Week five Prescott dislocated and fractured his right ankle. Dalton was willing and ready to step in for the Cowboys, after starting off with a loss to the Cardinals Dalton was hit in the head against Washington in Week 7 and was ruled out for the next 3 games. After the Bye in week ten, Dalton came back as the starter and led the Cowboys injury riddled team to a 4-3 record. He came away with 2170 yards, 14 touchdowns, eight interceptions and a 64.9% completion rate.

Option three: Trade for a quarterback that is an instant starter for the Broncos. This would be bad news for Drew Lock, as it would signal that the team is confident that he is not the answer at the quarterback position. Quarterback Matthew Stafford was recently confirmed to be on the trade block and is in my opinion the perfect guy to start for the Broncos if the front office is confident that Drew Lock is not the answer. Stafford would likely cost the Broncos at least two second-round picks OR a first-rounder next year.

Deshaun Watson has also been rumored to be on the block. I feel like getting Watson would be a great player to have on the team, but if rumors are correct he does not want to be a Bronco and prefers to either be a Jet or Dolphin. So for now this option is off the table.

Option four: Keep the quarterback room as it is. I feel like this is the worst of the options, and does not lend itself to improving the situation. Jeff Driskel is not someone I am confident in as a backup, and Brett Rypien is closer to being a backup than him. Rypien however I am not as confident in as someone with more previous experience as a starter such as Brissett. I feel like Brett Rypien should have a job regardless if Brissett comes aboard.

Option five: Draft a quarterback at pick nine. There is a good chance that Trey Lance will be at number nine, and not Zach Wilson or Justin Fields. Trey Lance is not someone I feel confident in, he is one of the rawest quarterbacks in this year’s draft. He comes from a school that plays far inferior opponents than those in the NFL, and likely needs at least one year to develop into an NFL quarterback. Trading up in the draft to get a quarterback is an option. It would take quite a lot to get in a position to draft Fields or Wilson and I am worried that pulling off a trade for one of them would set the franchise behind. However, it would be worth looking into.

In conclusion, of the five options, I would prefer that either the Broncos trade for Stafford. However, pick number nine is more valuable than Stafford in my opinion. This would put an end, at least temporarily to the seemingly endless search for a franchise quarterback.

Secondarily, I think the next best option is to go get Jacoby Brissett on a team-friendly deal. Worst case scenario for this option is that Drew Lock does badly and the Broncos know once and for all that Drew Lock is not the answer. The best-case scenario is Drew Lock makes some big strides and looks like a franchise quarterback that the Broncos did not have to spend a fortune in order to get on the team. Let me know what your opinion on this situation is in the comments!

Related TopicsQB option for the Broncos