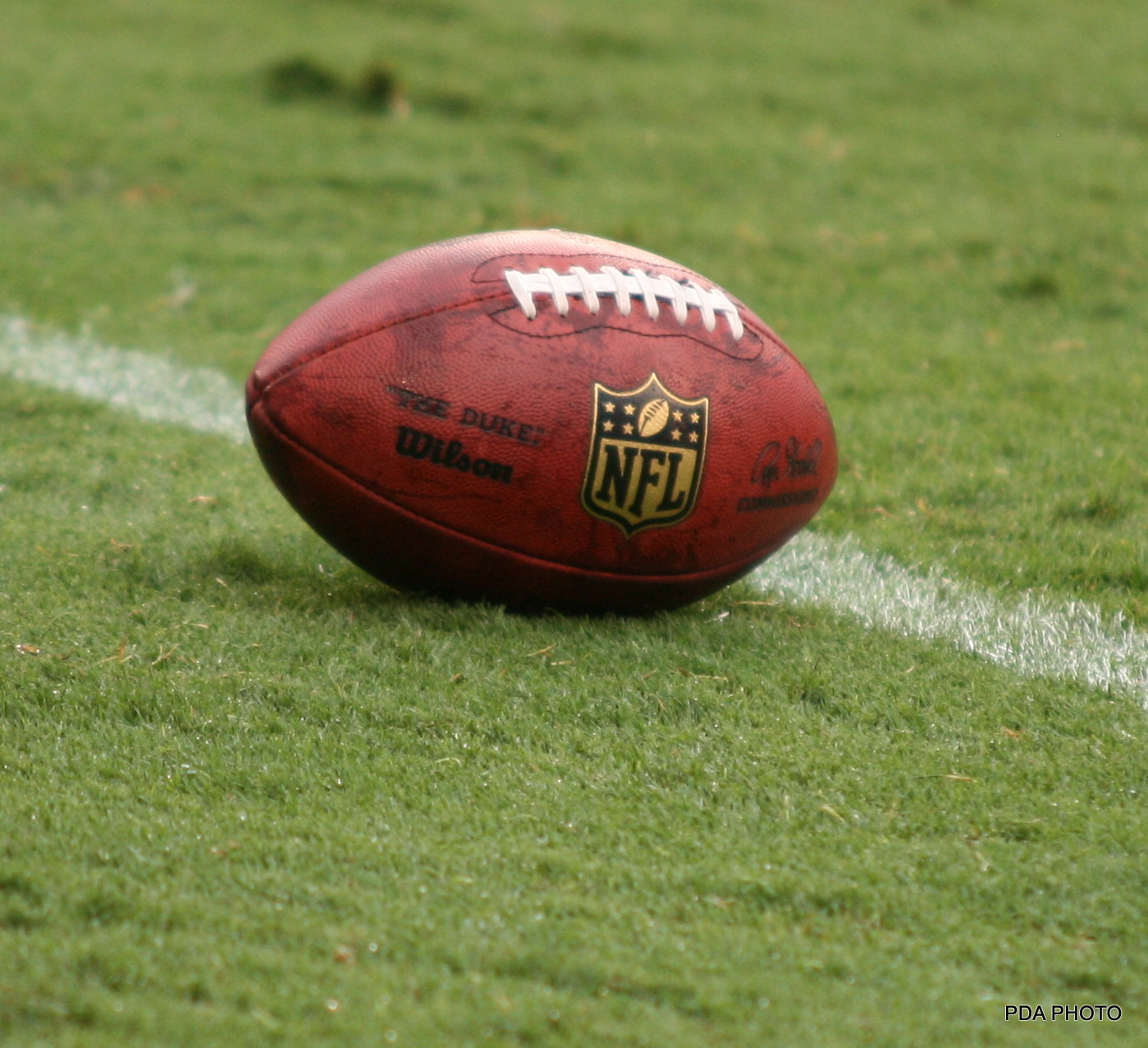 After wrapping up a season of redraft fantasy football, are you thinking of taking the next step and joining a dynasty league? Well, you have come to the right place, my friend. I am going to give you a rundown on what dynasty football is, and why it is the best version of fantasy football.

You may ask yourself what is dynasty football? It is a 24/7 365 days a year league where there is no “offseason”. Player values are widely different compared to redraft leagues. Why is that you might ask yourself? That is because once you draft a player, they will be rostered on your team for their entire career. Do you want to trade a player in March? Go ahead. Do you want to try and win with older veteran players in the first year? Go ahead. Do you want to acquire young players and draft picks? Go ahead. The options for team building in dynasty football are only limited by what starting positions your league dictates. We are going to dive into what separates dynasty from redraft.

This is the biggest change you will notice when you join a dynasty league. Right after the startup draft order is announced, teams will be looking to trade. This continues through the entire draft. Whether you want to trade out of the first round or trade up into the 3rd round to grab a sliding Ezekial Elliot. You can talk to the team with the  pick that you want and work out a trade. If I could recommend one thing to you in dynasty, is that it pays off to be active  in the trade market. As tempting as it may seem to you, DO NOT  try to send a lowball offer to teams as you will burn bridges that will cost you in the long run. Being an active trader in the league gives you a better understanding of overall values and dynasty strategies that work best for you. Lastly, make sure you use a trade calculator to help you understand players, and pick values. As your view of a player can be completely different than the market’s view. There are numerous free trade calculators available on the internet.

Think of dynasty football in the same way you think of a stock market. Player and pick values are constantly changing every week in dynasty. Take a look at how Cam Akers finished the 2020 season compared to Julio Jones. Akers took off and gained significant value at the end of the season. Jones value dropped throughout the 2020 season. These two players are the extreme versions. Realistically, Every week of the market on players has a subtle shift up or down, depending on that player’s performance. Father time is undefeated; even over elite veterans, you will notice dynasty teams favor youth. In redraft, Ezekiel Elliot, Travis Kelce, and Derrick Henry are all locks for the 1st round. In dynasty, they are being replaced by Justin Jefferson, DK Metcalf, and Johnathon Taylor. All three guys are 23 years old or younger, while their veteran counterparts are much older.

Speaking of values, the chart below created by @DynastyFF_KyleM illustrates how the value of veteran players builds throughout the early part of the NFL season, while rookie picks do the opposite. 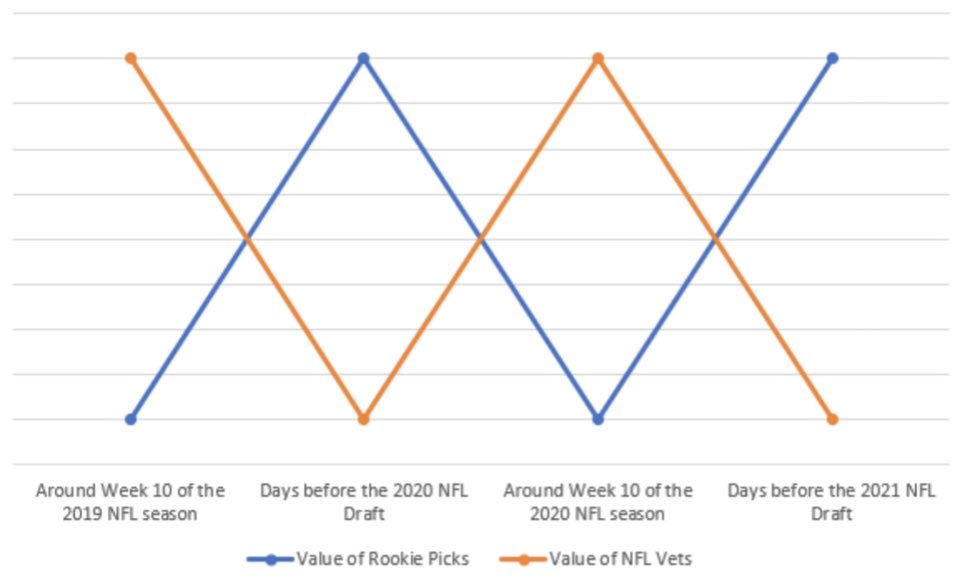 Why in week 10 do values change? That’s the trade deadline effect. Trading reaches a fever pitch the week of the deadline. Not all dynasties have a trade deadline, In that case, when the season ends is when rookie picks shoot up in value, while veteran players’ values will drop.

The goal every year is to win the championship in any league. Here are three of the most common winning strategies of dynasty football.

Win Now – Veterans all day! Using this plan, you will target elite running backs early, along with elite veteran players at every position. Travis Kelce at tight end, Russell Wilson at quarterback, Julio Jones at wide receiver, and so on. The pay off is instant, as those players give instant production within the first year or two of the dynasty. If you’re one of the top teams, try trading younger players or future draft picks for more proven veterans.  This solidifies your chance at a championship by bolstering the overall team. This plan is great for a 2-3 year window, the trade-off is the end comes fast especially for running backs.

Win Later – Rookies, Rookies, and more Rookies! Trading down in the startup to gather more startup picks along with future rookie picks. You only draft for skill, not need. You build this team with youth and rookie picks. When you’re ready to contend in 2-3 years you add missing pieces via trade. This is a long term approach that can lead to a potential dominant dynasty team.

Win Now-Win Later – Investing in youth and veteran players to keep you competitive every year. You can draft any team build with this strategy. As the young players develop, they help replace the veterans when they fade. This is the most popular of dynasty strategies as it gives you the safest floor in dynasty.

I hope this intro has opened your eyes to how much fun dynasty football can be. It is a game that I thoroughly enjoy, and hope you can too.