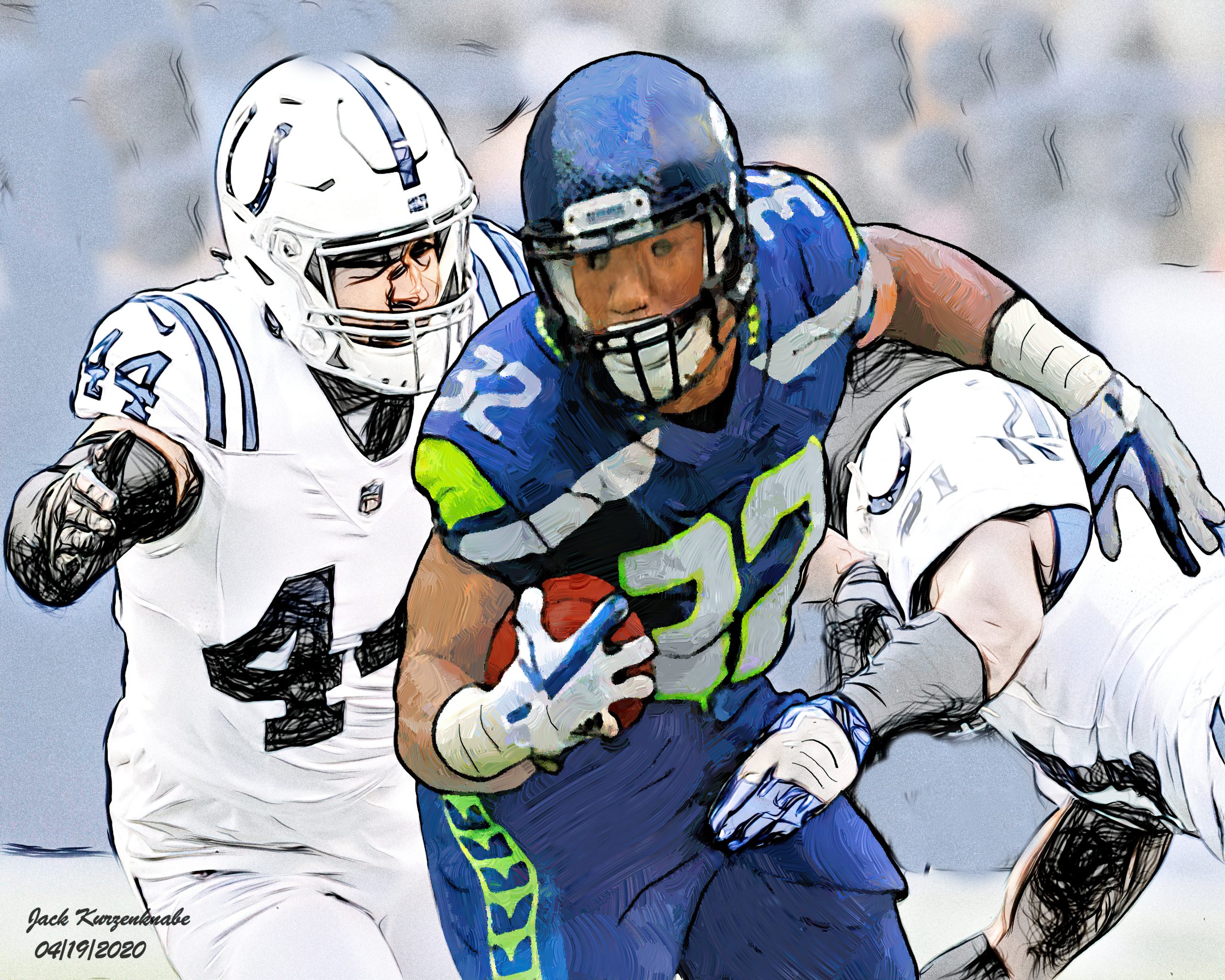 The Seahawks Need to Invest Around Russell Wilson

The Seattle Seahawks face a quiet but interesting offseason. Veterans, young producers, and special teams players all take up the Seahawks’ free agents list. But one position that needs some attention are the running backs. And I’ll be up front right out the gate, they need to ditch Chris Carson and Carlos Hyde.

I know Carson has been arguably the best back for Seattle since Beast Mode, but it’s time for the Seahawks to fully commit towards equipping the best pieces for Russell Wilson to flourish under new offensive coordinator, Shane Waldron.

Let’s be honest, Carson gets hurt too much, he’s too expensive to resign, and his talents will be far more useful for a different franchise.

Ever since Marshawn Lynch left, Seahawks fans have tried so hard to replace his impact with a new running back, and it’s gone on for far too long. Remember Thomas Rawls and Christine Michael? Well they basically fell off the face of the Earth after their one to three year stints with the team that were full of mediocre performances and season ending injuries.

The Seahawks don’t need an expensive running back. Instead, they can get the most out of their new scheme by getting a budget guy instead. There isn’t a lot to choose from this season, which ironically helps the Seahawks in making a decision with who to go with.

This is the best bang-for-your-buck option for the Seahawks, it’s time for Mike Davis to return to Seattle. Davis was one of the numerous running backs that fans tried to replace Lynch with and he had some potential. But Seattle went through running backs faster than the Cowboys and Broncos did with starting quarterbacks this season.

Davis had a career year with the Panthers this season as he filled in for the injured All-Pro Christian McCaffrey for 15 games, starting in 12 of them. He put up career highs in rushing yards, rushing touchdowns, receiving yards, and receiving touchdowns. Let’s face it, he was a great substitution for McCaffrey.

But I suspect the Panthers will go an alternative route this offseason, whether it’ll be getting a new quarterback, stacking the defense or looking for more receiving power. The Panthers aren’t looking at Davis for a new contract because”¦ well they have Christian McCaffrey.

Davis will likely cost around the same amount of money that Hyde cost the Seahawks for his one year deal this season which was $2.75 million. If the Seahawks snag Davis for a quick one or two year deal for around four to five million dollars per year instead of resigning Hyde and Carson, they would save a ton of money. Plus, it’s very much like the Seahawks as of late to bring back old faces to help out the new generation. Why not give Wilson a running back he’s played with before?

Now let’s take a different approach. How fun would it be to see AP in a Seahawks uniform running side behind Wilson? Peterson is old, yes I understand that. And he’s had a considerable fall off following his MVP season less than a decade ago, I understand that as well. This would be nothing more than a fun selection for the Seahawks to take advantage of.

First, I’ll say that Peterson is not the worst running back in the league like fans look at him nowadays. He put up a 1000-yard rushing season with the Washington Football Team in 2018, that’s only two seasons ago. His numbers have certainly declined slightly since then, but can you blame the guy? He’s a 36-year old running back. I know, it hurts to type that, let alone read it.

Peterson may or may not be playing this next season as everyone will wait and see if he decides to retire this offseason. However, Peterson said he’s not close to retiring “any time soon” a little over a year ago. I understand that Peterson had a good gig with the Lions this season, rushing over 600 yards, but how about finish your Hall of Fame career with a serious playoff contender AP?

Peterson could be the veteran back that can lift up the Seahawks offense in a special way. I know I said before that Wilson should be the center of the offense going forward, and I get that Peterson has played for run heavy teams throughout his career, but his contribution to the team will surpass all. The Seahawks will likely draft a running back in the draft anyways, what rookie wouldn’t want AP as a mentor during your rookie season? Sign Peterson to a veteran minimum and start off next season off with a bang.

The Ravens recently cut Ingram to save some cap room after Ingram had a disappointing season with the team. And because of that decision by Baltimore, Seattle needs to pounce on this opportunity. Ingram, a former Heisman winner and three-time pro bowler, will certainly have some eyes on him from other team, and because of that he probably won’t be cheap.

There’s certainly some risk associated with this signing. Are the Seahawks getting former pro bowler Ingram or under performing Ingram from last season? But there’s one thing for sure, he brings a powerful running style that the Seahawks front office has adored for the past decade and a half.

Look at the Chiefs and the Buccaneers, both teams jumped the gun to sign frustrated running backs Le’Veon Bell and Leonard Fournette, respectively. And guess who’s playing in Super Bowl LV? This type of move is what championship teams due now in the new decade of football. If Pete Carrol wants to go back to the team’s power running culture this next season for some reason, I’d rather have Ingram in the backfield than Carson or Hyde.

But of course, Ingram comes with a price tag, and I doubt it’ll be cheaper than Carson. If the Seahawks can squeeze a two year deal for $15-20 million, that might be enough for them to come away with him. There’s a reason I listed this as the third option though, I don’t expect the Seahawk to actively shop for a running back when they still have offensive line issues, and they don’t like spending money on that either. All I will say is signing a veteran player like Ingram is a move that championship teams do, and if the Seahawks want to get back to the promise land, big time moves must be made.