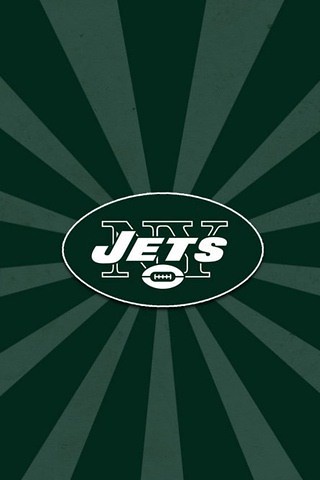 What’s the outlook on the Jets WR Denzel Mims?

The New York Jets rookie wide receiver out of Baylor University, Denzel Mims, entered the NFL  with size, speed, and a great set of hands. The question for all rookies is, how do they adjust to life in the NFL facing elite defenders each week? I have reviewed the film from his rookie season and will break down what I have seen, and what I think he could be going forward.

Before getting into what we saw during the season, let’s take a look at his physical characteristics  as measured in the NFL Combine.

The Combine scores are certainly impressive; but, as everyone knows, the Combine is simply a  measure of what physical characteristics a player has. Good Combine results do not always equal good NFL production. Mims’ performance simply indicates that his college reputation of size and speed was accurate and could serve him well in the NFL.

So he looked good at the Combine, so what? Is he any good? The short answer is yes, I do think  he has a bright future in the NFL; but, he needs to improve in some areas to become one of the  best.

Mims finished the 2020 season with 23 receptions on 45 targets for 357 yards and zero  touchdowns in nine games. He started the season on IR due to a hamstring injury and did not  start until week 7. Let’s break down what I saw on film.

Denzel Mims has great hands and a very good catch radius. Throughout the season, we saw him adjust very well to the ball, be it back-shoulder catches, high-pointing the ball, or simply fighting off a defender and making the contested catch. The two best film sessions that show-off his hands were in week 11 and 12 vs the Chargers and Dolphins, respectively.

In the third quarter of the Chargers game, he had to stretch his arms out overtop of Hayward and  make a great over the shoulder catch on a fade route. Mims’ catch radius and spectacular  concentration to track the ball into his hands is why he is able to make this type of catch, where  many other receivers would not.

Denzel had four catches in week 12 vs Miami. The first catch on the day was another example of stretching out to make a grab over the middle and continuing for a very good gain. He ran a  crossing route and caught the ball on the run with exceptional concentration. In the same game,  he made a great contested high-point catch over the middle vs zone coverage. In order to make this type of catch on a hard thrown ball, your catching technique needs to be on point. His thumbs and fingertips were together forming a perfect triangle for the tip of the ball to slide into.  This is the difference between making the catch or having the ball simply go right through your hands for an incompletion.

While Mims has great hands, the one thing that he is lacking is great footwork. When he faces press/man coverage from opposing cornerbacks, he lacks the ability to freeze defenders and gain separation right off the line. Quite often what we see on film is the cornerback sticking with him from the snap of the ball all the way to the end of the play. If you watch players like Calvin  Ridley of the Atlanta Falcons or Michael Thomas with the Saints, you will see their first steps are explosive and almost always make the defender freeze for a half-second before exploding out off of the line and gaining separation. Denzel Mims is very fast and should be able to gain separation better than what we saw in 2020.

The second area of concern is his lack of precision cuts during route trees. When he is cutting into the middle of the field, what we see from him is a rounded off route instead of dig and go.  Very often the difference between a breakaway run for a touchdown and a good gain on a deep crosser is the ability to make a defender misstep or even fall down when trying to adjust to the change of direction from the receiver. When wide receivers round out a route, it gives the safety or cornerback time to recognize what is happening in front of them and track the receiver without any sudden stops or cuts. Because defenders have to react to any movements the receiver is making, they need time to process what is happening in front of them and change direction accordingly. The speed and suddenness with which the ball carrier can change direction directly equate to the amount of separation he gains.

Entering the film session, I had a basic idea of who I thought he could become. Based on his size and speed, I thought he was a slightly lesser version of D.K. Metcalf. The film from Metcalf’s first season is actually very similar to what Mims showed in terms of catching ability and separation from press coverage. Neither player surprised defenders with their footwork, but both have spectacular hands and better than average speed for their size. The reason the stat sheets look so different is who they had throwing them the ball.

3 RB Targets for Seattle Seahawks
2021 NFL DRAFT: What Will The Atlanta Falcons Do With The Fourth Overall Pick
wpDiscuz
0
0
Would love your thoughts, please comment.x
()
x
| Reply