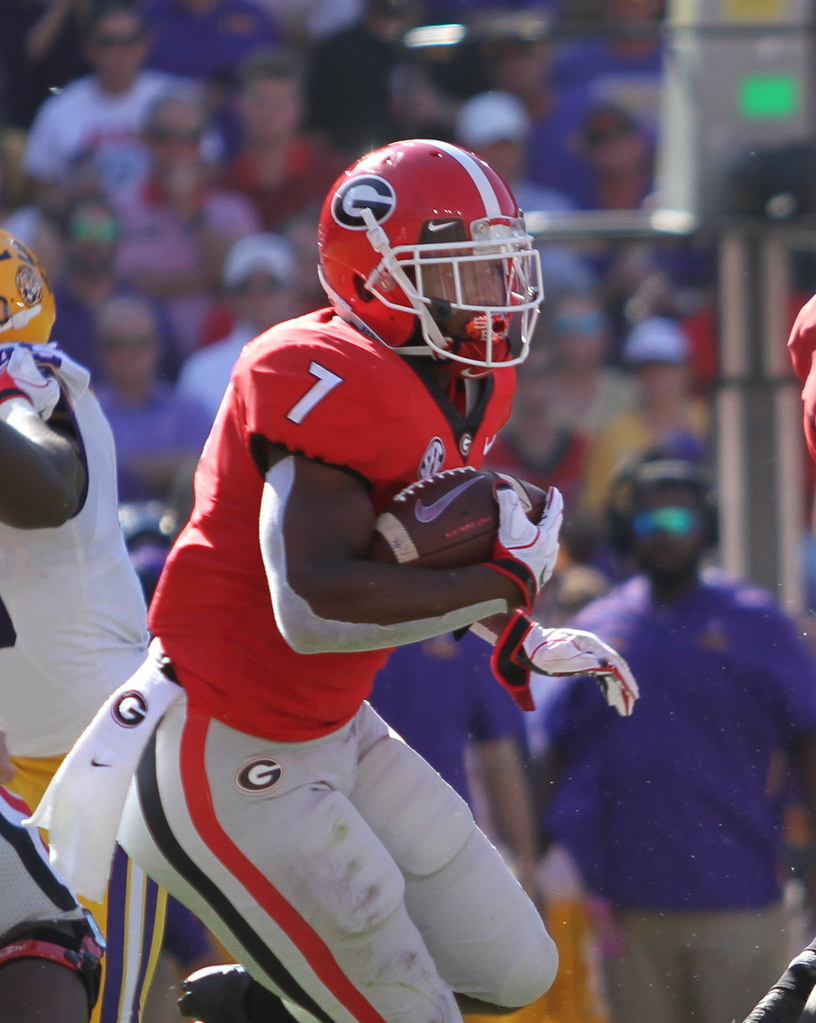 Which Second-Year RB Could be Elite?

As we all know, 2020 was a fantastic rookie class for RBs.  While it was exciting to see guys like James Robinson, Jonathan Taylor, Antonio Gibson breakout and stir up buzz for 2021, keep in mind that every class has late bloomers that don’t produce much in their first year.  Some recent examples include Chris Carson, Aaron Jones, and Kenyan Drake.  I want to take a look at 3 of my favorite candidates to have Sophomore breakout seasons and hopefully convince you of why you should be trying to buy now:

A.J. Dillon made a name for himself during Green Bay’s offseason training camp when Twitter spent the Summer gushing over his massive quads!  The 2nd round pick out of Boston College proved to be a tank of a runner, receiving 300+ carries for over 1500 yards and a 5.3 YPC in 2 out of his 3 seasons.  His YPC carry mark is not especially high for a college RB, but when you consider that he faced stacked boxes on 44% of his carries (the most out of all rookie RBS drafted in the first 2 rounds) it’s very impressive.

Unfortunately, we were only able to see Dillon in limited action during his rookie season.  With established vets in front of him like Aaron Jones and Jamaal Williams, Green Bay had no reason to rush him into action. After Green Bay’s week 5 bye, he saw 5 carries in three straight games which was a sign that he might have begun to carve out a role.  Before their week 9 matchup against the 49ers, Dillon tested positive for COVID and ended up missing the next 5 weeks. Once he returned, we didn’t see any significant work from him until week 16 against Tennessee where he exploded for 124 yards and two TDs after Aaron Jones suffered an injury.  According to Pro Football Focus, Dillon forced the highest percentage of missed tackles in 2020 (31% of carries) which was just ahead of Nick Chubb.  All signs point to Aaron Jones becoming a free agent and Jamaal Williams is also yet to be extended.  It’s wheels up for Dillon if he goes into GB as the lead man behind the Rodgers-led offense and arguably the leagues’ best Offensive line.

Zack Moss is a bruiser RB that was selected by Buffalo in the 3rd round out of Utah after leading the Pac-12 in rushing yards his Senior year and setting the school record for the most career rushing yards.  He was especially impressive in both his Jr and Sr seasons, achieving 6+ YPC carry in both years.  He also even showed some promise in the receiving game during his final year of college with 28 receptions for 388 yards.  His 13.9 YPR led all NCAA RBs.  During a post-draft interview by Bills GM Brandon Beane, he revealed that they tried several times to trade up for Moss and were elated when he eventually fell to them at pick 86 overall.

It did not take long for Moss to find his way onto the field during the season.  In his first 2 games, he played over 45% of snaps and was in a clear RBBC with Singletary until he suffered a turf toe injury after week 2 and missed the next 3 games.  From that point, he was eased back into the lineup until his first double-digit carry game in week 8 against NE.  He saw 14 carries for 81 yards (5.8 ypc) and scored 2 TDs.  From that point on, Moss outcarried Singletary every single week, except for when he was benched in week 13 against SF after a bad fumble in the first quarter while Buffalo was up against their own goaline. If you remove that game, Moss had 63 carries compared to Singletary’s 42 from weeks 9-16.  Moss also operated as the primary Goaline back, so the TD upside is in his favor (as long as Josh Allen doesn’t run it in himself).

Anthony McFarland Jr. is a speedy RB (4.44 40 yard dash) that was known for being a playmaker at Maryland.  As a Freshman, he put up 1,034 rushing yards on 131 attempts (7.9 YPC) and was poised to take over the lead RB role for Maryland in 2019, but suffered a high ankle sprain early on which hindered him throughout the season and likely caused his draft stock to slide. The Steelers drafted him in the 4th round, but a concussion suffered during Training Camp forced him to miss time to start the season.

He made his NFL debut in week 3 and rushed for 42 yards on six carries, flashing his dynamic playmaking ability.  He struggled to get onto the field much throughout the remainder of the season as Benny Snell took over as the clear #2 RB behind Connor.  This year, Pittsburgh promoted their QB coach Matt Canada to offensive coordinator.  Canada was McFarland’s coach at Maryland, so the two already have a connection.  We don’t know if James Connor will be extended by the Steelers, but coming off of back-to-back disappointing seasons, I could easily see them moving on from him.  While I expect the Steelers to bring in more competition for the lead RB role through the draft or free agency, OC Matt Canada will surely give his former Maryland star an opportunity to carve out a role in 2021.

*Other notable names to keep an eye on:

KeyShawn Vaughn (Bucs): Probably the biggest bust based on rookie draft capital.  Fournette is only on a 1 year deal with TB and Vaughn flashed when he had his opportunity against Detroit in week 16 (15 carries for 62 yards).

La’Mical Perine (Jets): Started to get more reps in week 6 and Gase hinted that he could have a larger role down the stretch.  He suffered a high ankle sprain in week 11 and missed most of the remainder of the season before being put on the COVID list after week 16.  Gase is finally gone and Gore will likely move on, so he could get another shot. Eno Benjamin (Cardinals):  This one is a really deep dive, I typically don’t endorse 6th-7th round picks.  It’s still a mystery why Benjamin fell so far in the draft since he had decent production at Arizona St and many considered him among one of the top prospects.  There is a good chance that the Cardinals let Drake walk in free agency and they don’t seem interested in giving Chase Edmonds the workhorse role.  He might still be able to earn his way onto the field in 2021 despite being a healthy scratch for all of 2020.