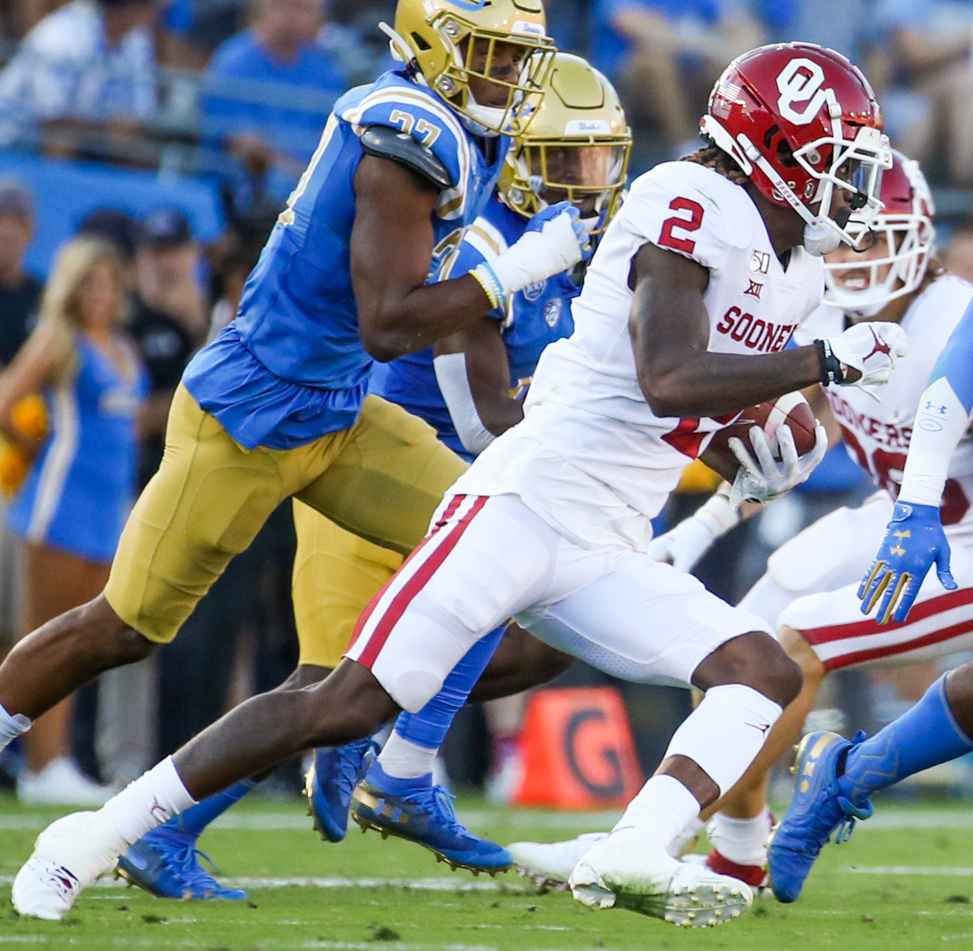 Robert Woods Should be in High Demand

With the 2020 NFL season finally coming to an end, it’s important for dynasty football players to identify certain players to target in the off-season. We are in the buy low, sell high business, and looking ahead I have identified 3 Wide Receivers that you should be trying to buy before next season.

After a 2019 season that saw Godwin finish as the WR2 overall, most will look at his ”˜20 season numbers and be disappointed in where he ended up. Finishing as WR31 is a far cry from a top 2 finish like the year before, but that’s just one reason to buy low on Godwin while you still can.

From his rookie season on, Godwin steadily saw his targets increase every year by nearly 73%. Finishing with 55 targets in ”˜17, 95 in ”˜18, and 121 in ”˜19, it is clear to see that the Buccaneers want to get him the ball. Had Godwin not missed 4 games this year due to injury, he would have been within 10 targets of the season before that had him finish as a WR1 in fantasy. It’s also important to know that Godwin caught 77% of his targets from Brady this year compared to only hauling in 71% of his passes from Jameis Wintson during his breakout season the year before. With a healthy thumb next season, Godwin’s catch rate could eclipse the 80% mark which equates to big time production.

Let’s not forget that before Joe Burrow went down with a knee injury in week 11, Boyd was averaging 8.7 targets a game and turning that into 16.2 fantasy points per game in full point ppr leagues. If you are unsure of how sustainable those numbers can be, you can find comfort in knowing that Boyd finished as a top 20 WR in both seasons prior to Burrow arriving, and he still landed in the top 30 this year after he lost his rookie QB.

One of the biggest reasons as to why you should target Tyler Boyd is that he runs about 76.6% of his routes out of the slot, and Burrow only averages 6.7 yards per attempt. This puts Boyd right in his comfort zone, and explains why he gets 22% of Burrows 40 attempts per game. Having a QB that likes to get the ball out quickly and into his playmakers hands makes Boyd a nice WR to target for those who need help at the position.

Fantasy football players love consistency, and Robert Woods can be counted on year after year. For 3 straight seasons now, Woods has finished the season as a top 15 WR. To show you how consistent he is, he has finished the last 3 seasons with 86-90-90 receptions on 130-139-129 targets. You can’t get anymore dependable than Woods, and somehow he always seems to fly under the radar.

Unless you live under a rock, you also know that Woods will now have Matthew Stafford throwing him the ball. Combining his heavy route usage at 98.1% of snaps and 23% target share in McVay’s offense this past season and Staffords willingness to throw the ball deep, Woods will be in line for his biggest season yet. Now having a QB that’s not afraid to give his receivers more air yards gives Woods a greater chance to put up bigger numbers and improve on his career 56.2 yards per game average. As an added bonus for wanting to buy Woods, it’s important to note that he averages 20 carries a season over the last 3 years. Consistent targets, carries, and a new QB who adds the deep ball threat makes Woods a great dynasty buy.