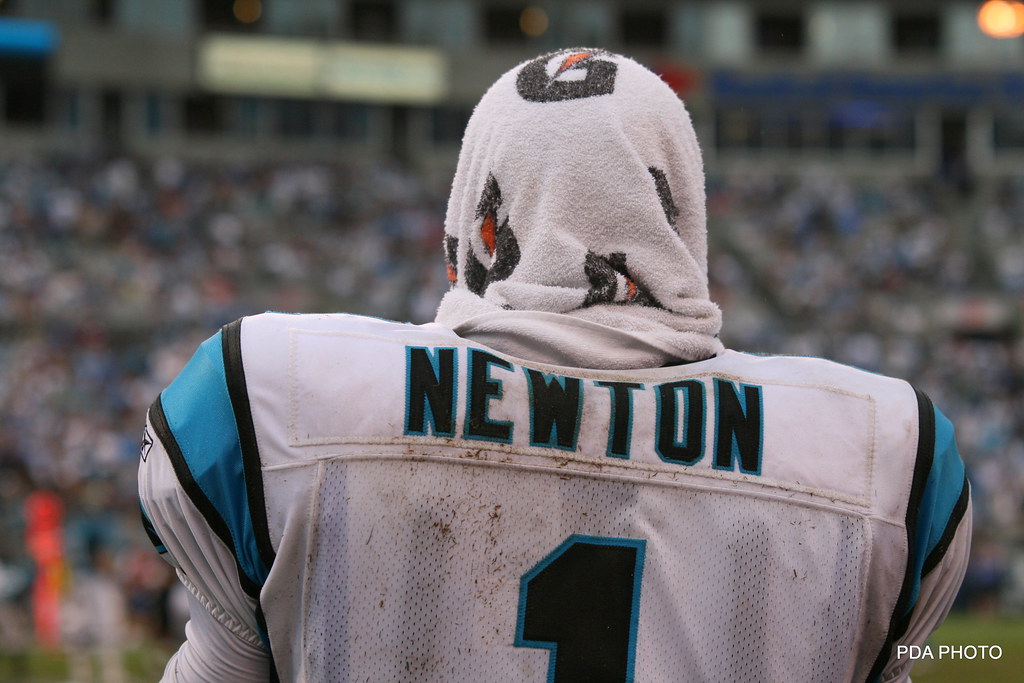 Where Will The Former MVP Land?

The end of the 2020 season brought with it the inevitable end of the Cam Newton experiment in New England. When the dust settled, it awarded a championship ring to the man formerly at the head of the Patriots offense. It also proved to the world just how system the quarterback position was under Bill Belichick. It was rocky ride for all parties involved. Mainly because the New England organization and fan base alike had to learn how to exist as a mediocre franchise for the first time in decades. They finished under .500 for the first time since we entered the new millennium. They failed to win their division for the first time since 2008, which was also the last time they failed to make the playoffs. The mighty fell and fell hard.

Unfortunately, Newton found himself as the natural scapegoat for this come back down to Earth. He struggled all season to adjust posting his lowest statistical season of his career. It might be lucky that he only had a one-year deal in New England as moving on might be the best thing for both Newton and the Patriots.

So, if Newton does walk away from the Patriots, where does he go? The quarterback carousel of years past may not spin as fast this offseason as it has in years past. That said, there are still a few teams out there that are looking to shore up the top offensive spot on their roster. The following are three possible landing spots for a quarterback hungry to return to his former glory.

What will it take to pick the Jets off the NFL scrap heap? There is obviously a lot of work that will need to be done in New York to make that happen. With talks of Sam Darnold being shopped around, maybe a new signal caller is a major step in that direction. This could be an ideal situation for Cam Newton to enter. If the Jets make a play for him, it opens a variety of options for their front office. Not only do they have a decent amount of cap room to play with, but they also have the second pick in the draft.

After winning their way out of the Trevor Lawrence lottery, New York should sign Newton and use that pick elsewhere. They could sign a pass catcher for Newton. That wouldn’t be difficult as Ja’Marr of LSU and DeVonta Smith of Alabama will be waiting for a home. Both would join a young corps of wide receivers in need of a strong leader. Of course, they could choose to draft someone to protect him, or even someone to eventually take his place in Justin Fields or Zach Wilson. Whichever way they go, the point is they have options.

Why The Jets Make Sense

The most attractive part of this deal is twofold. On the one hand, signing Cam Newton should not break the bank. Last season, his one-year deal with the Patriots was only worth roughly $1.75 million. It would stand to reason that any deal he strikes with his next team will not have a giant impact on the checkbook. Second, Darnold is on the last year of his contract, so jettisoning him would be completely plausible, if not optimal.

There is much Newton can offer to the struggling franchise. Not the least of which is his veteran leadership. He can also take the pressure off a young backfield with his legs. Plus, the pressure of replacing a legend will be off him. Most importantly, there is no pressure to turn this team into a playoff contender overnight. He very well has the most to offer the Jets than any other team in the league.

It’s safe to say that with Philip Rivers retiring, the Colts quarterback situation took a marked hit. There are many who believe Jacoby Brissett will be primed to assume the reigns. But what if Indianapolis were to attempt to secure another seasoned veteran quarterback to replace the one they lost?

The Colts are unlike most teams that are quarterback needy in 2021. Indianapolis has a solid running game with the emergence of Jonathan Taylor and Nyheim Hines. They have an all-star wide out in T.Y. Hilton with young break out stars like Michael Pittman surrounding him. Should he land with the Colts, he will also enjoy the NFL’s third best offensive line protecting him.

Indianapolis is watching their top position vacated on the heels of a 2020 playoff run. Retuning to the post season in 2021 will take a signal caller that not only equals, but potentially exceeds that of the departed Rivers. Injecting Cam Newton into the mix with the young, energetic roster already in place could have the Colts competing for more than a wildcard spot next season.

In a world of hypotheticals, this scenario rivals even the best of comic book alternate realities. Let’s say Deshaun Watson’s days with the Texans are actually over. Let’s say his discontent is more than Houston can handle and dealing away their star quarterback is their only option. Sitting in New England is a newly opened position begging for a star like Watson to fill. One could imagine teaming with Bill Belichick in what would equate to a franchise rebuild would be ideal. Several things work in the favor of that type of blockbuster movement. The first being the hunger for a proven winner in New England. The second is the almost $58 million in cap space the Patriots are anticipating in 2021.

If Watson manages to hitch his wagon out east for colder pastures, Newton swapping places has some appeal. Both are mobile quarterbacks which means the game plan doesn’t need to change all that much in either system. The 31-year-old quarterback will also be more affordable for the cap strapped Texans which helps retain the likes of J.J. Watt going forward. It could come to scorched Earth for Houston with many start contracts coming to head within the next few seasons. Moving off from Watson may not make football sense as much as financial sense.

Cam Newton will inherit talented wide receivers if he heads west. He could certainly do some kind of damage teamed up with the likes of Brandin Cooks, Will Fuller, and Keke Coutee. He’ll also have the running back tandem of Johnson and Johnson behind him. Both David and Duke offer more of a solid foundation than he had in New England. There is no question he would be in a better situation for immediate success. The only question would be whether he’s up for the challenge.