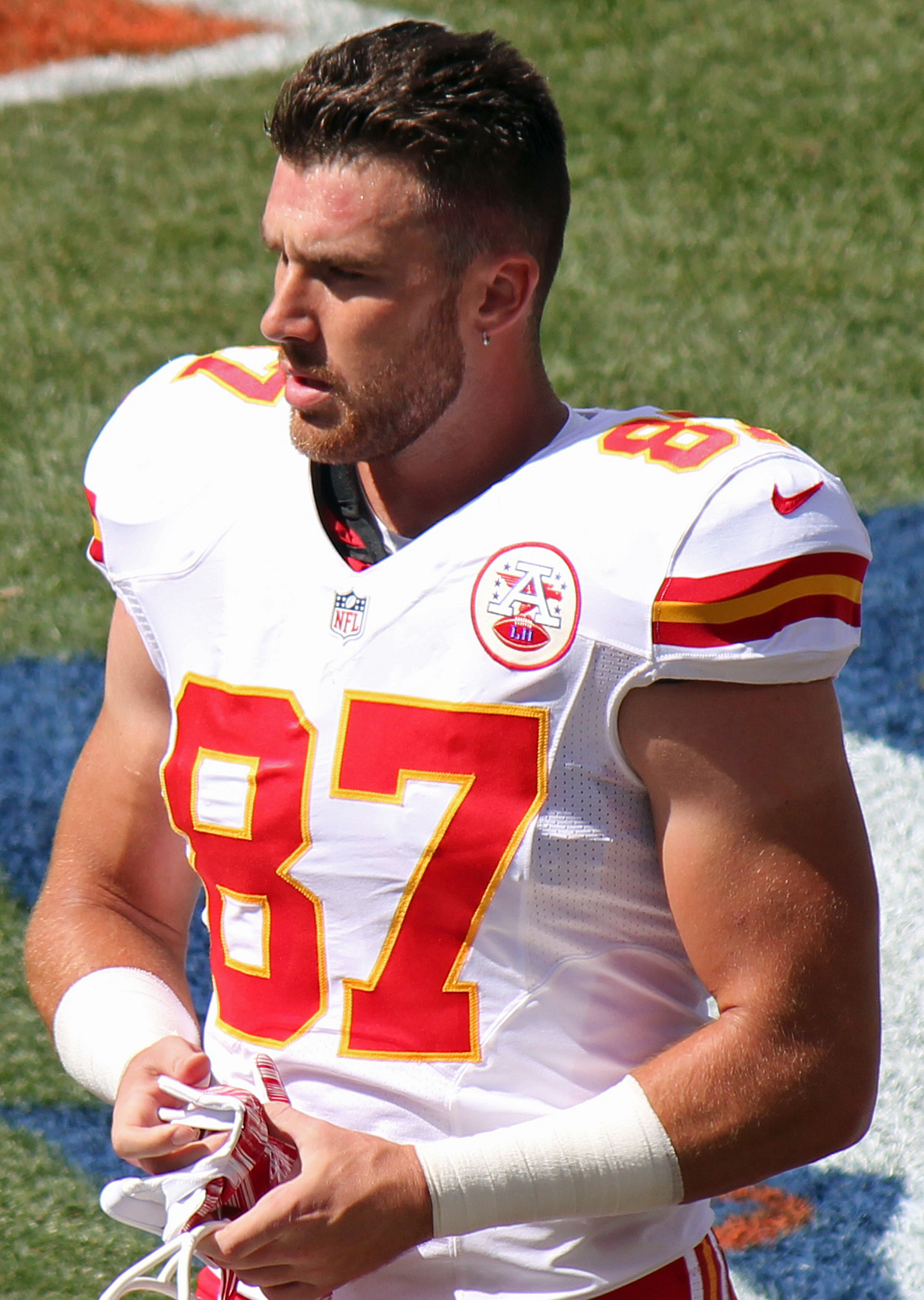 "File:Travis Kelce.JPG" by Jeffrey Beall is licensed under CC BY 3.0

One year on from winning their first Super Bowl in 50 years, and days after a crushing defeat to the Tampa Bay Buccaneers as they looked to defend their title, the Kansas City Chiefs have a long offseason to think about what could have been.

We take a look back at what changed in 12 months, and the four things that stopped them from taking the Lombardi Trophy back to Arrowhead Stadium;

1. Even the best quarterbacks need protection
Since he began as the starter in KC three years ago, there’s not a lot Mahomes hasn’t achieved. He’s set record after record. In his first year as a starter he became the league MVP and in his second he went one further, helping the Chiefs to the Super Bowl title, being named Super Bowl MVP in the process. He’s achieved more in three years than many will in their careers. But if Super Bowl 55 taught us anything, it’s that even the best need protection.

There aren’t too many better than Mahomes when it comes to escaping pressure. In fact, the Chiefs are probably at their most dangerous when Mahomes gets out of the pocket before going off script.

But Tampa Bay’s front lived in the Chiefs backfield on Sunday. Injuries to offensive linemen Mitchell Shwartz in week six and Eric Fisher in the AFC Championships game were too much to overcome against the Bucs. The signs were there during the Chiefs first set of downs, with Mahomes facing pressure from a relentless Bucs front. Mahomes scrambled for a staggering 497 yards during 60 minutes of game time. That one stat paints a picture of what went wrong on the night.

2. They were playing Tom Brady, not Jimmy G
In Super Bowl 54 the Chiefs faced a sturdy defense in the San Francisco 49ers that for the large part kept them at bay. They as good as nullified the Chiefs for three quarters only for Mahomes and running back Damien Williams to get it done late on.

But as the Chiefs were unable to put points on the board against the Bucs, Tom Brady and his array of weapons went to work on Kansas. The trio of Antonio Brown, Mike Evans and Chris Godwin alongside tight end Rob Gronkowski, are as good as any in the league, and with Brady conducting things, they were always going to put points on the board. Against a Chiefs secondary that had impressed in their playoff run were no match for a Brady-led offense that wasn’t about to let the opportunity slip.

3. Mistakes proved costly
Against the very best teams in the NFL, making mistakes can be costly. KC made too many in Super Bowl 55.

On offense, despite the pressure Mahomes was under, he still managed to find his receivers on several occasions. He threw for 270 yards on the night, and it could’ve been more but for three or four key drops from his receivers. The most memorable pass of the night was actually incomplete, with Mahomes scrambling and releasing the ball whilst horizontal to the ground, only for it to go through the hands of Darrell Williams in the end zone.

On the other side of the ball, penalties in the first half gave Tampa all the encouragement they needed. Two penalties in succession, with the second against Tyrann Mathieu, put Tampa down at the one-yard line with seconds remaining on the clock in the second quarter. A touchdown followed, and Tampa didn’t really look back.

It’s rare that you can question Head Coach Andy Reid too, but his decision to take a time-out on that very drive just before the half, also proved costly. That and an inability to change the game plan when it clearly wasn’t working. They’re a pass-first team, but it took the Chiefs until mid way through the third quarter before they really got running back Clyde Edwards-Helaire in to the game. It should’ve happened sooner.

4. Tampa learned from their week 12 loss
In week 12, Kansas were 17-0 up after a first quarter that saw Tyreek Hill torch the Bucs for more than 200 yards. Tampa learned from their mistakes come the Super Bowl. By pressuring Mahomes, and by putting double-coverage on ‘The Cheetah’ and Travis Kelce, they stopped the chunk plays that were so devastating in the regular season.

Most teams have been trying to do the same thing to the Chiefs all season, the difference being that the Bucs were able to implement it with success.

The Chiefs offence is anything but predictable, but they looked like they were out of ideas the longer the game went on. By taking away Mahomes’ first and second read, he was left running for his life, trying to create something from nothing. It was a masterful scheme from Bucs defensive coordinator Todd Bowles, and one that could get him another shot at a head-coaching role in the near future.

So, what does it all mean?
There’s no doubt that injuries to their offensive line were the key factor in their blowout loss. With Shwartz and Fisher available, it could well have been a different story. But the Chiefs now have an offseason to regroup, as they look to build the dynasty they continue to talk about.

Mahomes is a generational talent. With Reid scheming up the offense, and with additions on the defensive side of the ball likely in this year’s draft, my bet is that they’ll be back in the Super Bowl next year, ready to put right what went wrong at Raymond James Stadium.