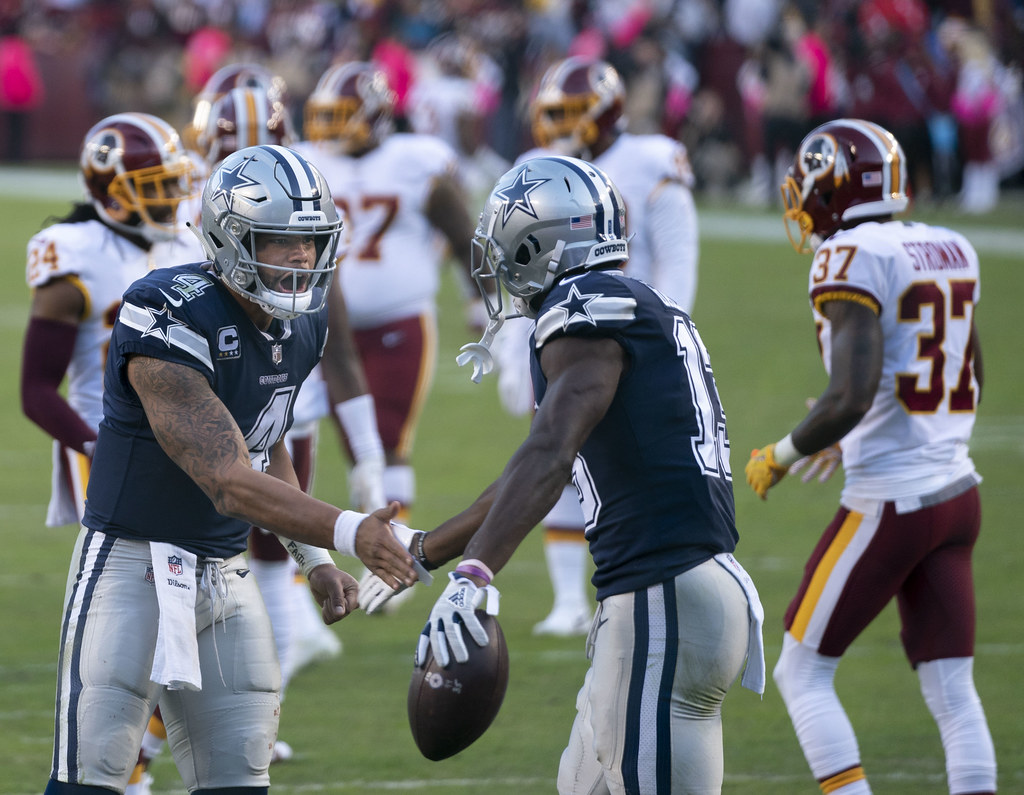 With the 10th overall pick, the Dallas Cowboys select?

The 2021 NFL Draft is approaching quickly and the Dallas Cowboys have the tenth overall pick. This is a huge luxury for a team that is built to win now. As long as they retain quarterback Dak Prescott for this upcoming season, which appears to be what will happen, they are already built for a playoff run.

The Cowboys are a much better team than their results showed in 2020 where they only had 6 wins. There were some unfortunate circumstances last year that really held them back starting with multiple key injuries. Most notably was losing Prescott in week 5 and missing him for the remainder of the year.

The pandemic was another challenge for the Cowboys this past season. It was a challenge for every team, of course, but the fact that there was no real offseason significantly hurt the teams that made any type of big change between 2019 and 2020. The Cowboys qualify as one of those teams because they hired a new head coach, Mike McCarthy, with a brand new system to install.

Excuses aside, coach McCarthy and this Cowboys team are ready to bounce back in 2021 and show that they are much better than a 6 win team. Before that happens, they will first get the opportunity to improve this roster even further before the season starts. One of the big ways to do that is through the draft.

The Cowboys are fortunate to have a highly talented roster but, because they underperformed last year, still have the 10th overall pick in the draft. It will provide them with an ideal opportunity to land a new impact player to an already solid roster. Let’s now take a look at five players the Cowboys could target with this pick.

One of the biggest needs for the Cowboys heading into the 2021 season is defensive backs. It is the weakest position group on their roster, allowing the third most passing touchdowns in the NFL last year, and could be further depleted with Chidobe Awuzie, Jourdan Lewis, and Xavier Woods all currently pending free agents. This high draft pick provides the Cowboys with a prime opportunity to draft a cornerback who should be ready to play from day one.

That is exactly what Caleb Farley is. He has all of the tools necessary to be an immediate starter. He is an incredible athlete and actually played wide receiver before converting to cornerback. He is a big corner at 6’2 and 207 pounds, but is still one of the fastest players in the entire draft. He has all of the potential to be an absolute lockdown corner. New defensive coordinator Dan Quinn would be ecstatic to land a high ceiling player like Farley. If he is still available when the Cowboys are on the clock, he will likely be heading to Dallas.

Staying with the same reasoning about the Cowboys need for defensive backs, adding the SEC Defensive Player of the Year would be a great start at improving the position group. Surtain is less physically gifted than Farley, especially in the speed department, but he is similarly sized at 6’2 and 203 pounds. What Surtain does have the advantage in is experience and pedigree. Alabama has been a factory for NFL defensive players and Surtain looks to join that long list of success. Also, being that his father was an accomplished NFL cornerback, it’s almost as if he was born to play the position.

Another interesting factor when considering Surtain for the Cowboys is their first round pick last year, Trevon Diggs. The two of them were team mates at Alabama so they already have chemistry playing together. They are both big and physical at the line of scrimmage, which works well for Quinn’s defensive scheme. A reunion between Diggs and Surtain is certaintly a possibility in this spot.

The offensive line has been such a strength for this Cowboys team for years now. Unfortunately for them, it has been a bit on the decline in recent years. Most notably has been the fact that left tackle Tyron Smith is just not the same as he used to be. In particular, his health. He is now 30 years old and the injuries have started to pile up in recently. He has not played a full season since 2015 and he’s coming off a year where he only played in 2 games total. The injuries, paired with his enormous contract, signal that it may be time to start thinking about his future replacement.

Penei Sewell is an OT that many draft experts are labeling a “can’t miss” guy. While it is surely not certain that he will fall all the way to the tenth pick, it is still a possibility. Sewell is apparently ready to step in and start on any offensive line in the NFL right now. He has the flexibility to play right tackle, or even play guard, while Smith is still at left tackle. He would then be able to transition to the left side when the time is right. If Sewell is available here, it would be really hard for them to pass him up.

With the exception of Connor Williams, every starting offensive lineman for the Cowboys was injured at some point last season. This is a big contributor to why the team struggled to get Zeke Elliot and their signature rushing game going, as well as protect the quarterback at times. They lack depth at this position group and that was very obvious during the 2020 season.

Slater is good enough to win a starting job on this offensive line immediately but it’s really his versatility that would be the most attractive thing to the Cowboys. He is capable of playing any of the 5 positions on the line. This would make him an excellent utility player that could help out wherever he may be needed on the line. Protecting Dak Prescott needs to be the number one priority for this franchise, especially coming off his brutal ankle injury, and drafting Slater would be a great way to contribute to that philosophy.

The last thing the Cowboys need right now is offensive weapons as that is the biggest strength of this team. That being said, that has never stopped Jerry Jones before. He has a history of sometimes taking the biggest luxury as opposed to the biggest need. The most recent example of this was when he drafted CeeDee Lamb last year instead of addressing one of the holes on the roster. Other past examples have been guys like Dez Bryant and Zeke Elliot.

If Jerry wants to make another splash this year, Pitts would be the way to do it. He is going to be a huge match up problem for opposing defenses being the size of a tight end at 6’6 and 246 pounds, but with the skill set of a top wide receiver. He was an absolute force in the passing game last season with the Gators, recording 43 receptions for 770 yards and 12 touchdowns in just 8 games. If Jerry decides to once again go with the “best available” strategy in this draft, it would be almost impossible to not take Pitts if he is still on the board.