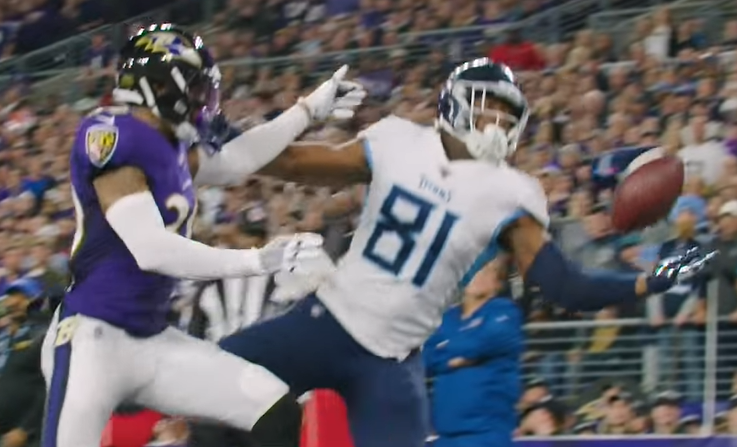 "File:Jonnu Smith.png" by Tennessee Titans is licensed under CC BY 3.0

NFL Free Agency is only a month away. That’s one month for teams and fans alike to put together their wish lists. For executives to clear cap space and woo prospective signings. For players to get that big payday they’ve been working towards since they were little kids playing Pop Warner.

Every year there are big money signings of all-pro players and young expensive game changers, but the best moves are the ones that kind of go under the radar.

Some of the most important free agent signings are the low cost players who end up playing at a pro-bowl level and helping turn that 4-12 team into a playoff contender.

Here are 5 great deals on the free agent market for 2021.

Back in 2018, the Ringer’s Danny Kelly proclaimed that slot cornerback was the next premium position in the NFL.  After the past two seasons it’s hard to argue that.

Offenses are moving their elite alpha wide receivers inside in formations and with teams throwing the ball more than ever (especially on early downs) defenses need to have those “extra” cornerbacks on the field more often.

But slot cornerback is not just an extra guy on a field. It’s a tough position to play.  A good slot CB needs to have fluid hips, great footwork, change of direction speed, and the ability to defend the entire route tree.

Cornerback Mike HIlton has spent his first four seasons in the NFL with the Steelers and he’s been a solid player for them in the slot.  According to PFF.com 2020 was a down year for him, but he had a career high 3 interceptions and still played a major role on a dominant defense for most of the season.

Coming off this “down” year, teams looking for an upgrade at slot CB should be looking Hilton’s way as he won’t cost much, but brings solid experience after playing in a highly successful defense in Pittsburgh since coming into the league.

$4-$5 million per is not much to pay for a talented and experienced cornerback that can help cover every offense’s ultimate chess piece.

Number 4 brings us another Pittsburgh alum about to hit free agency.

I’m not sure when, but I imagine NFL general managers will one day realize that no offense can perform effectively without solid offensive line play.  So many teams are in need of upgrades in the offensive trenches.

Matt Fieler has spent the majority of his career protecting future HOFer Ben Roethlisberger.  Over the past two seasons he’s rated highly at both right tackle and left guard.  A reliable veteran offensive lineman who has the flexibility to change positions is incredibly valuable.  But he won’t cost as much as some other bigger named OL free agents.

Something along the lines of a 2-3 year deal at $6 million per would be a big get for any OL needy team. Especially one that doesn’t have a lot of cap space (ehem… cough cough… New York Football Giants… cough).

Jonnu Smith has been a beast after the catch.  At times he looks like he could be a serious X-factor if given the chance.  Unfortunately, he was was never heavily used in the Titans’ run first scheme.  Even so — after dealing with a few injuries early in his career — Smith had his best season yet in 2020.

Now going into his age 26 season, Smith is hoping to land with a team that will utilize his elite after the catch skills.  While Hunter Henry seems to be the crown-jewel of the free agent tight end market, Smith could be an even better “get” and come at a few million less per year.

In the modern NFL having a tight end you can move around the formation, throw screens to, and also have split the seams can do wonders for playcalling and scoring production.

At around $9 million per year, Jonnu Smith could thrive in a new offense while not necessarily breaking the bank.

For some reason, many perceive the 32 year old Watt to be oft-injured and washed up.  But in 2020 he was PFF’s 7th ranked edge defender while also playing in all 16 games for the second time in the past three seasons.

Sure, his sack totals have decreased in the past couple seasons, but a change of scenery to a new organization could do a lot to bring his efficiency up on the field.  Especially if he goes to a defense with other playmakers so he doesn’t have to carry a team on his shoulders any longer.

If he ends up being on an elite defense where he gets to stay fresh and avoid double teams, he could still wreak havoc on opposing quarterbacks.  And since he’s chasing a chip it sounds like he’s willing to give a big discount to welcomed suitors.

Imagine having a hungry and healthy J.J. Watt for $10-$11 million per season.  That sounds like a steal to me.

There aren’t many quarterbacks that are more fun to root for than journeyman Ryan Fitzpatrick.  We’ve all seen him do his thing for the eight (soon to be nine) total teams he’s suited up for.  And the past couple years with Tampa and Miami have been a couple of his best seasons yet.

While he’s a better fantasy QB than reality signal caller, he’s definitely a legitimate starting option for a quarterback needy team. Not to mention he’s an enjoyable player to watch play.

Quarterback is the most important position in the game, so if a team can grab a solid player like Fitzpatrick to lead their team — and get him on the cheap — that’s a big win in free agency.

In a league where washed up veterans who have no business starting are getting north of $25 million per season, whichever team signs him at around $10-$11 million to play in 2021 is going to give their team a chance at winning games and fanbase someone fun to cheer on.

That’s a more than fair price to pay for a little Fitzmagic.