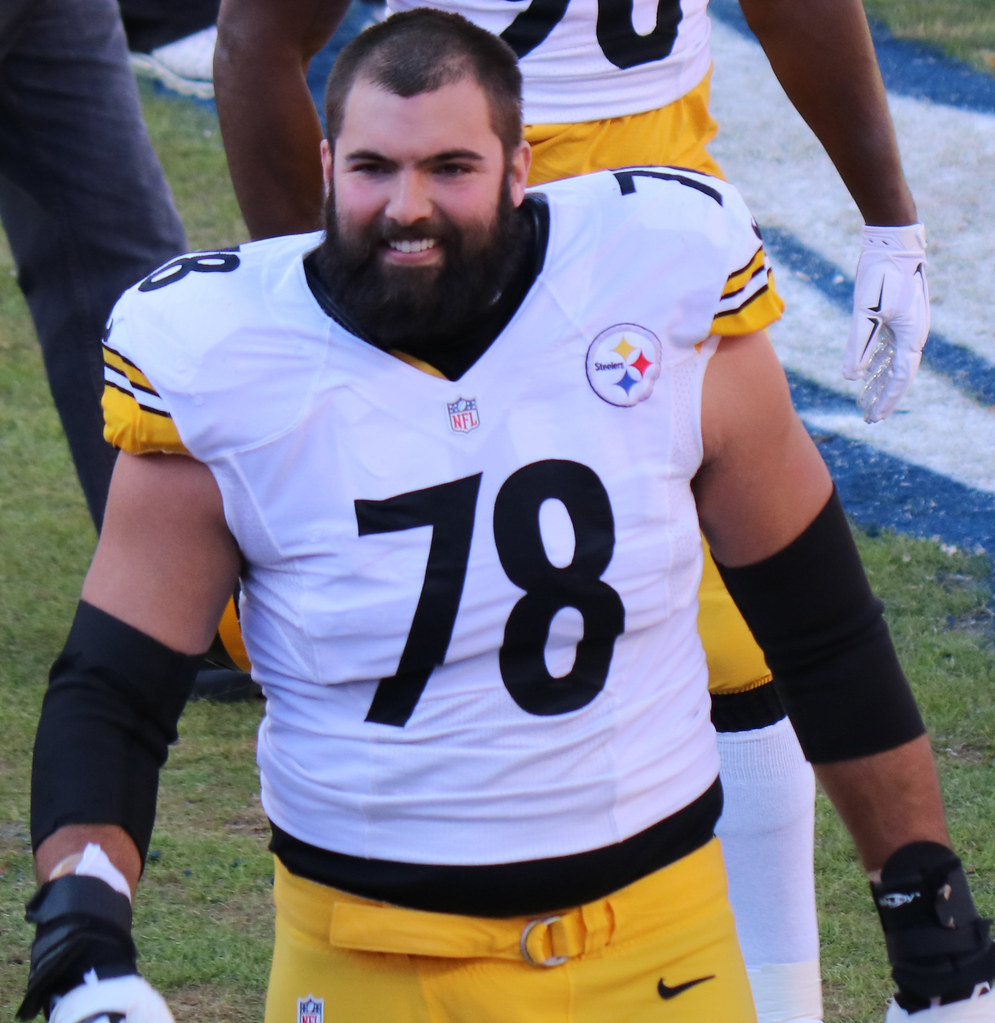 "Alejandro Villanueva" by Jeffrey Beall is licensed under CC BY-SA 2.0

We are a month away from the start of the NFL free-agent signing period. On February 23, teams may begin assigning franchise and transition tags to players who would otherwise become free agents.

These are the beginning steps to solving those roster issues ahead of the 2021 season. The Pittsburgh Steelers have multiple team needs to address, but none bigger than those on their offensive line.

In 2010, the Steelers selected Maurkice Pouncey, from the University of Florida, with their first-round selection. Pouncey became an immediate starter at the center. Barring unfortunate injuries that derailed his season in 2013 and 2015, he has been a rock for the Steelers, starting 134 games over his 11-year career.

In addition to Pouncey’s departure, starting left tackle, Alejandro Villanueva is expected to depart from Pittsburgh. An unrestricted free agent, who has started for the Steelers since 2015, Villanueva is widely believed to sign elsewhere once the free agency signing period opens. This is another big blow to the line, as he has not missed a start in the past five seasons.

As you can see, the Steelers find themselves in a bit of a pickle, when it comes to fielding a starting offensive line. To make matters worse, several other Pittsburgh linemen are upcoming free agents.

Hasenauer is expected back but is not considered a guaranteed starter to replace Pouncey. So, how will they find the missing pieces, and put together this puzzle? It remains a strong possibility that the Steelers are able to reach an agreement on a contract with Banner.

He was named the team’s starter at right tackle in 2020, before tearing his ACL in week one and missing the remainder of the season. The team views Banner as an option to move to left tackle, replacing Villanueva, according to Mark Kaboly of TheAthletic.com.

Chukwuma Okorafor, who started 15 games at right tackle following Banner’s injury, remains under contract with the team and would project at right tackle for 2021 if Banner moves to the left. Of course, drafting a tackle in the 2021 draft is also an option, and judging by the mock drafts I have seen, it is an option the Steelers just might take.

Michigan’s Jalen Mayfield, Alabama’s Alex Leatherwood, Notre Dame’s Liam Eichenberg, and Oklahoma State’s Teven Jenkins are the names that seem to be mentioned most, as the potential choice, when Pittsburgh picks at the 24th spot in the draft.

A possible reunion with Kelvin Beachum, a former Steeler draft pick who departed following his rookie contract, has also been mentioned.

Finding someone to take over for Pouncey may prove more difficult. The Steelers have little flexibility under the salary cap. Renegotiating contracts with higher-paid players, like Ben Roethlisberger and Cameron Heyward may free up some money, but the team will still not likely find the money needed to contend for players like Corey Linsley or Alex Mack.

Austin Reiter, David Andrews, Joe Looney and Ted Karras are available as free agents, but also may demand more compensation than the Steelers are able to offer. Should they choose to address this need in the draft, Oklahoma’s Creed Humphrey promises to be an interesting day two prospect.

As it stands, the offensive line holds a lot more questions than answers for the Steelers. Should they hope to improve upon their last-place finish in rushing, as well as protect aging quarterback, Roethlisberger, the solution must be found.