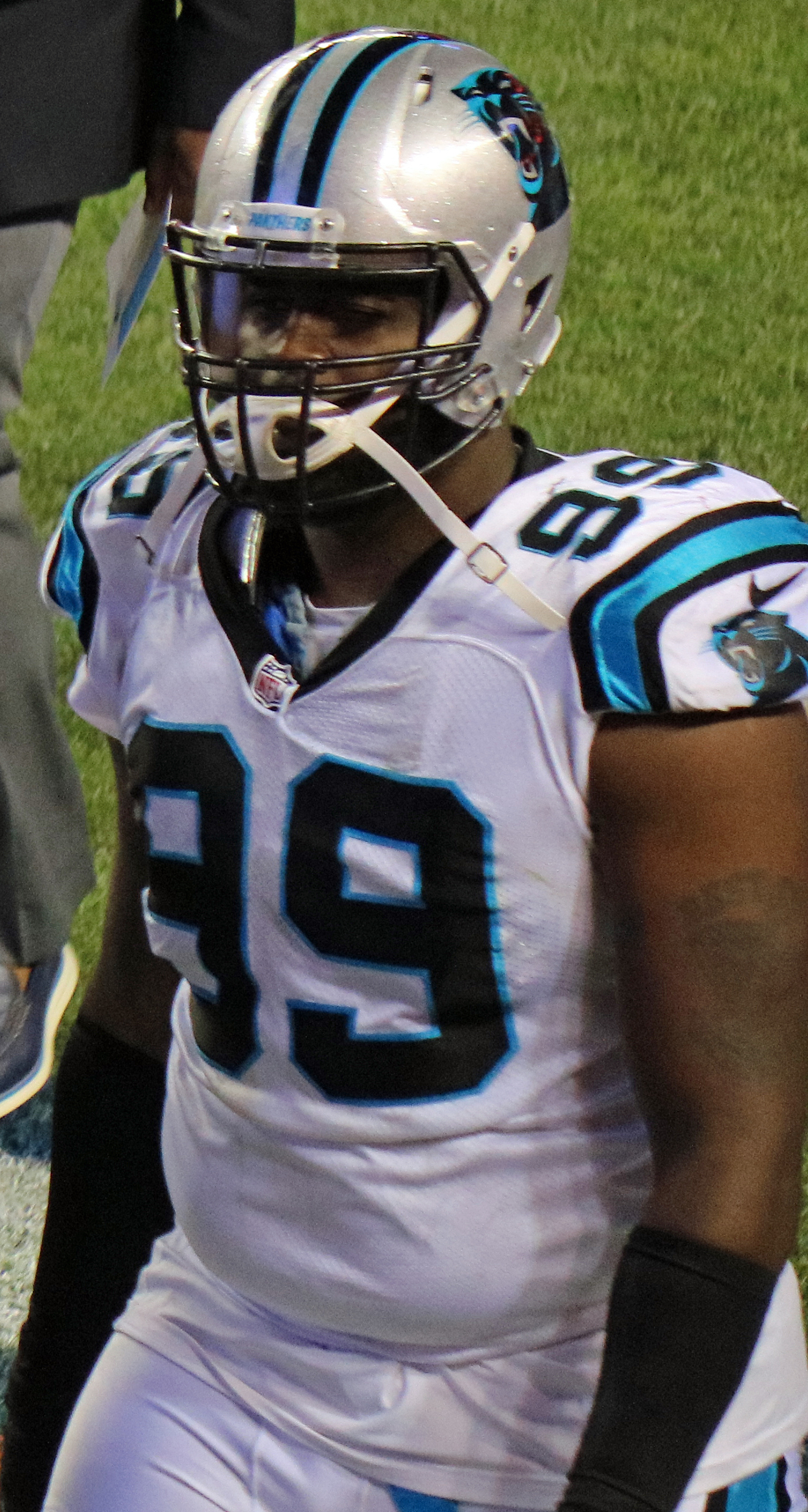 "File:Kawann Short.JPG" by Jeffrey Beall is licensed under CC BY 4.0

Where Could The Former Panthers DT Land?

Two-time pro bowl defensive tackle Kawann Short was released on Tuesday by the Carolina Panthers and is now one of the most interesting free agents out on the open market.

Short was a guaranteed cut for the Panthers ahead of free agency. He was in the last year of the 5 year, $80 million extensions he signed back in 2017 and would have carried a cap hit of $11,017,000 if the Panthers didn’t release him. His release doesn’t come as a surprise due to his recent run of injuries.

Both of Shorts’ 2019 and 2020 seasons were cut drastically short due to a horrid run of shoulder injuries. He missed a total of 27 games across two seasons and was never able to stay healthy and replicate his 2015 and 2018 pro-bowl seasons.

When Short was on the field he was a dominant force up front who could get into the backfield and make impact plays in both the running and passing games. Between 2013 and 2018, Short recorded 32.5 sacks, 58 tackles for loss, 84 quarterback hits and 160 solo tackles. His 32.5 sacks were similar to Ndamukong Suh’s 34 during the 6-year-span when Suh was twice honoured as a first team All-Pro.

Short, at age 32, doesn’t project to be the same player as he once was. Given his injury history, Short is probably going to command a short-term contract on the open market. He won’t be able to get the big money but he certainly will get a chance to join a team that can legitimately give him a shot of getting his first Lombardi trophy.

Buffalo would be the ideal spot for Short to land. They were one win away from making the Super Bowl last season despite lacking consistent pass rush from the defensive line. Short has familiarity with Bills head coach Sean McDermott during their time together in Carolina when he had his most productive season of his career when he recorded 11.5 sacks, 18 quarterback hits and 36 solo tackles.

Adding Short to the Bills defensive line rotation would make for an interesting fit. The Bills defense ranked 24th in yards per attempt and allowed the 6th most rushing touchdowns in the NFL a season ago. Adding Short in the middle of the defense would help improve a glaring need in the run game that was aided by how good the offense was a season ago.

At his best, Short is a game wrecker who can consistently make plays in the backfield and get to the opposing quarterback. He would be an immediate short-term upgrade over the Bills current defensive tackle Ed Oliver and would be a great schematic fit for the Bills in Leslie Frazier’s 4-3 defence.

If Buffalo wants to dethrone Kansas City and make it to Super Bowl LVI they must address the defensive line first. Tampa Bay showed the rest of the league how to beat the Chiefs in the Super Bowl and it starts in the trenches. Short’s familiarity with McDermott and their glaring need at the position makes Buffalo the perfect place for him to land.

Adding Short to the mix in Jerry World would be an interesting fit that could work out very well for both sides. The Cowboys have an obvious need on the interior of their defensive line and Short would be able to join forces with Demarcus Lawrence and Aldon Smith to form a dangerous pass rushing trio. While the three will have no problem getting after the quarterback, they’ll first need to work out how to stop the run which was the achilles heel of the Cowboys defence a season ago.

The Cowboys finished in the bottom five in almost every statistical category for rushing defence a season ago. They allowed 158.8 rushing yards per game, 2nd most in the entire league, while also allowing the 3rd most yards per attempt (5.0). On average, the Cowboys allowed opposing running backs to gain 2.3 yards per carry before first contact, which was the most in the league

by half a yard. On the other side of the spectrum, the Tampa Bay Buccaneers allowed just 1.0 yard on average before contact was made.

Dallas’ defence was run all over in 2020 and will need to improve considerably if they want to contend in the NFC East this upcoming season. Assuming quarterback Dak Prescott returns, the Cowboys offence will be back to where it was before he went with the broken ankle in week 5. Sophomore CeDee Lamb showed his potential to be an elite receiver in the NFL and if Ezekiel Elliot can return to his absolute best the Cowboys would immediately be right back in the conversation for best teams in the NFC.

With $19,356,093 available in cap space, team owner and general manager Jerry Jones has the money available to retool the Cowboys roster. He has shown his willingness in the past to make the major move, but this off-season, more than any other — calls for the simple and right move to be made. Short’s addition would be a no brainer for the Cowboys and would immediately fill a major hole on their roster.

The San Francisco 49ers took an unexpected decline in 2020 after making the Super Bowl the year prior. They’re high expectations were dashed early in the season when they lost several players through injury and were never at full strength all season.

Adding Short to the 49ers roster carries some risk due to his own previous injury history. He would join a long list of players recovering from season ending injuries on their roster but would be useful for a number of reasons if he could stay healthy.

Adding Short onto a defensive line that already consists of Nick Bosa, Dee Ford, Solomon Thomas, Arik Armstead and JaVonn Kinlaw would create nightmares for opposing offensive coordinators and would give the 49ers an advantage at the line of scrimmage in almost every game. Having a group of 7 players also gives the 49ers new defensive coordinator DeMeco Ryans flexibility to rotate the defensive line on early downs to stop the run and keep the players fresh for a deep playoff run.

With Bosa, Ford, Thomas and Short all returning from injuries, the 49ers would be able to ease them back into action by rotating the front of their defensive line. The front four would all stay fresh and would be able to get after the quarterback on third down — something they used to great effect during the 2019 season when they had 48 sacks.

Signing with San Francisco makes perfect sense for Short in free agency and would be his best chance to finally get a championship. The 49ers would be immediately back at the top of the NFC contending for the Super Bowl and would have the perfect defence setup to contend with anyone in the NFC.