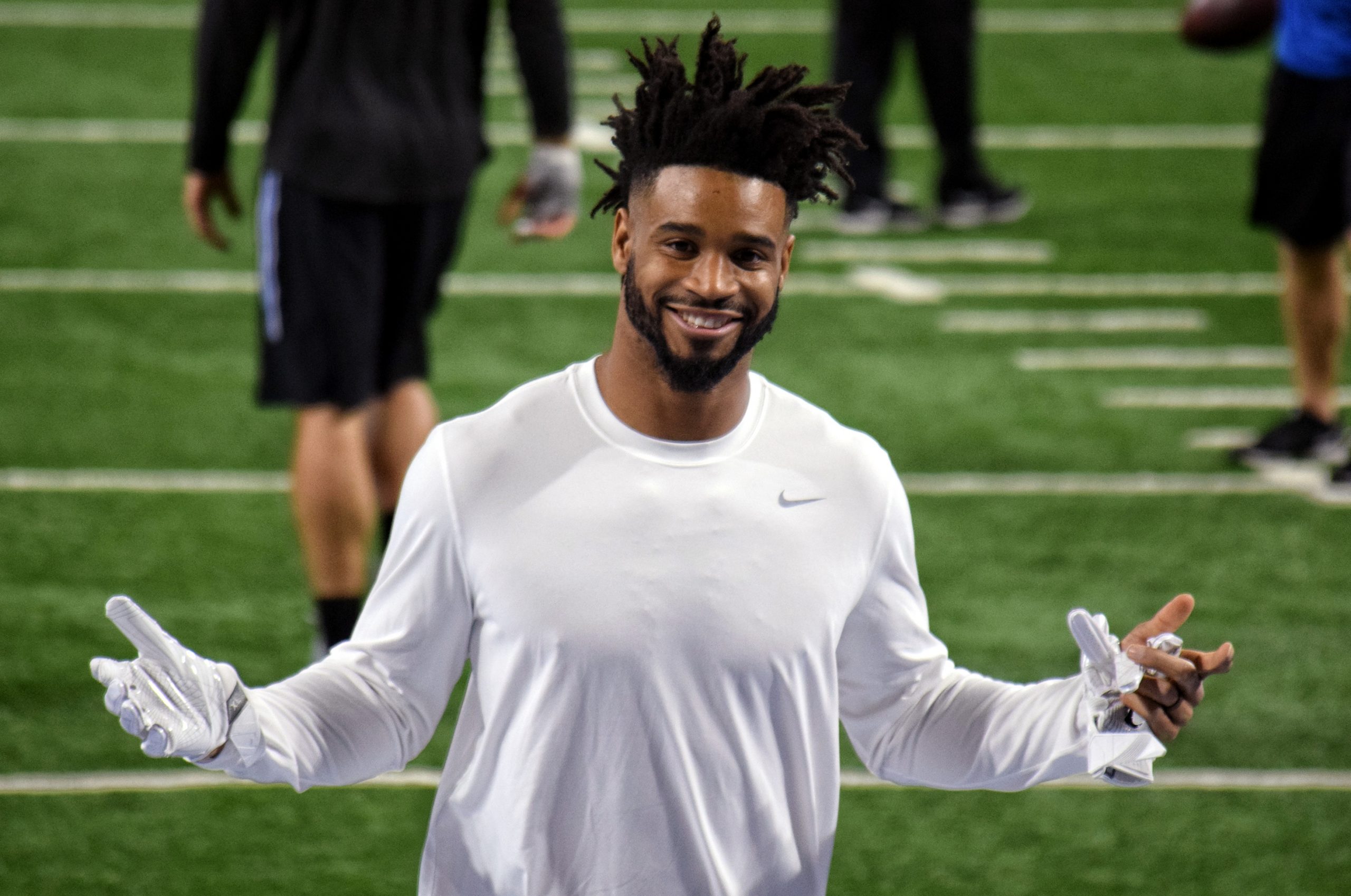 Where Could The Eagles CB Land?

To stay or to go? The Philadelphia Eagles have been asking this question for every player on their roster this offseason. Some decisions were easier than others given the contracts, age and production.

One of the tougher decisions that the Eagles face is what to do with star cornerback Darius Slay.  If Philadelphia believes they are in a retool rather than a rebuild it would make sense to keep the three-time pro bowler.

Early indications are that the Eagles are leaning towards a retool. Carson Wentz has been traded to the Indianapolis Colts, Desean Jackson has been released, Jason Kelce still has uncertainty regarding his future and Zach Ertz is being rumored to be traded as well.

Statistically, Slay did not have his best year having only one interception and six passes defended; the least in both categories since his rookie year; but his presence was certainly felt on the field.

If the Eagles were to move on from Slay, the benefit would be minimal unless the move is post-June 1st. If so, the dead cap this season is 3.25 million, with only 6.5 million in 2022.

This would be saving 12.5 million on the 2021 salary as his cap hit would be a 15.75 million if he were to be an Eagle. Today, we will look at a few teams that would benefit from the 30-year-old corner, if Philadelphia does move on.

These squads have a strong need at CB, they notorious for trading, and the money to bring in the 30-year-old CB.

The Rams are the epitome of a ‘win now’ team; they have a roster littered with veterans especially after trading for quarterback Matthew Stafford.

What better way to really make a push for a title than adding an elite corner in Darius Slay who schematically fits what they already do. In the last five seasons Slay has 16 interceptions, 75 passes defended, one forced fumble, two fumble recoveries and 252 tackles.

With a resume like this, you would assume that Darius Slay would be the number one in Los Angeles; however, that title is owned by Jalen Ramsey.  Jalen Ramsey can play both man and zone and is a true alpha.

Ramsey was one of the few corners that still shadowed this past season; whether it was DK Metcalf, DeAndre Hopkins or Devante Adams, Ramsey shadowed them all.

Slay has played a similar role to Ramsey in the past in both Detroit and Philadelphia.  Putting Slay with Ramsey gives the 2020 number one defense in the league so much flexibility at the cornerback position.

They will be able to disguise what they are doing much easier with two corners that can shadow. In a division that has DK Metcalf, Tyler Lockett, DeAndre Hopkins and George Kittle having elite secondary play is the key to success.

While Slay has been very good in man coverage, he has been one of the top zone coverage corners in the league for a long time. When Seattle had the Legion of Boom and their most success, they ran almost exclusively zone coverage.

Over the past few years, Seattle played more man and it hurt them. Per Pro Football Focus, Seattle’s secondary ranked 24th in the league this past season; there were some injuries to the cornerback room as Tre Flowers, Quinton Dunbar and Shaquill Griffin missed time this season.

When healthy Griffin was the one bright side to that secondary, Flowers and Dunbar on the other hand”¦ not so much. Both players allowed passer ratings north of 100, and had a PFF cover grade below 52.0.

With Flowers and Dunbar having a poor season and Griffin being a free agent, Seattle should absolutely be on the market for a corner. Should Philadelphia make Slay available assume Slay would be on Seattle’s short list.

This would be the least likely landing spot out of the three teams, but it would make a lot of sense. Very similarly to the Rams, Green Bay is looking to win now.

Each of the last two seasons Green Bay went 13-3 and lost in the NFC Championship game.  Green Bay’s biggest need isn’t cornerback but outside of Jaire Alexander Green Bay is limited at the cornerback position.

Alexander was ranked number one in coverage grade as well as PFF WAR. Green Bay has already made moves to free up salary cap space with the restructure of David Bakhtiari’s contract and the releases of linebacker Christian Kirksey and offensive tackle Rick Wagner.

Should Green Bay allocate funds to the secondary, Slay is very interesting if he is traded; Slay would have a very team-friendly deal in 2022 and 2023. If Slay is released, he is at the stage of his career where he could be chasing a ring over the big contract.

Personally, if I was in the Eagles’ front office I would not move Darius Slay. This past season the Eagles moved on from veteran safety Malcolm Jenkins and the defense took a hit.

Slay has not been as tenured nor as vocal of a leader but his play spoke for itself this past season. When times were bad Slay owned up to it and put the responsibility on himself and nobody else.

He was willing to go in the box and make the hit, shadow when needed, and did what was asked of him. Slay is a veteran player with a team-friendly deal, past 2021, and still has some ball left in him. Should the Eagles believe they are in a spot after the NFL Draft where on paper they believe they can compete they have to keep Slay.